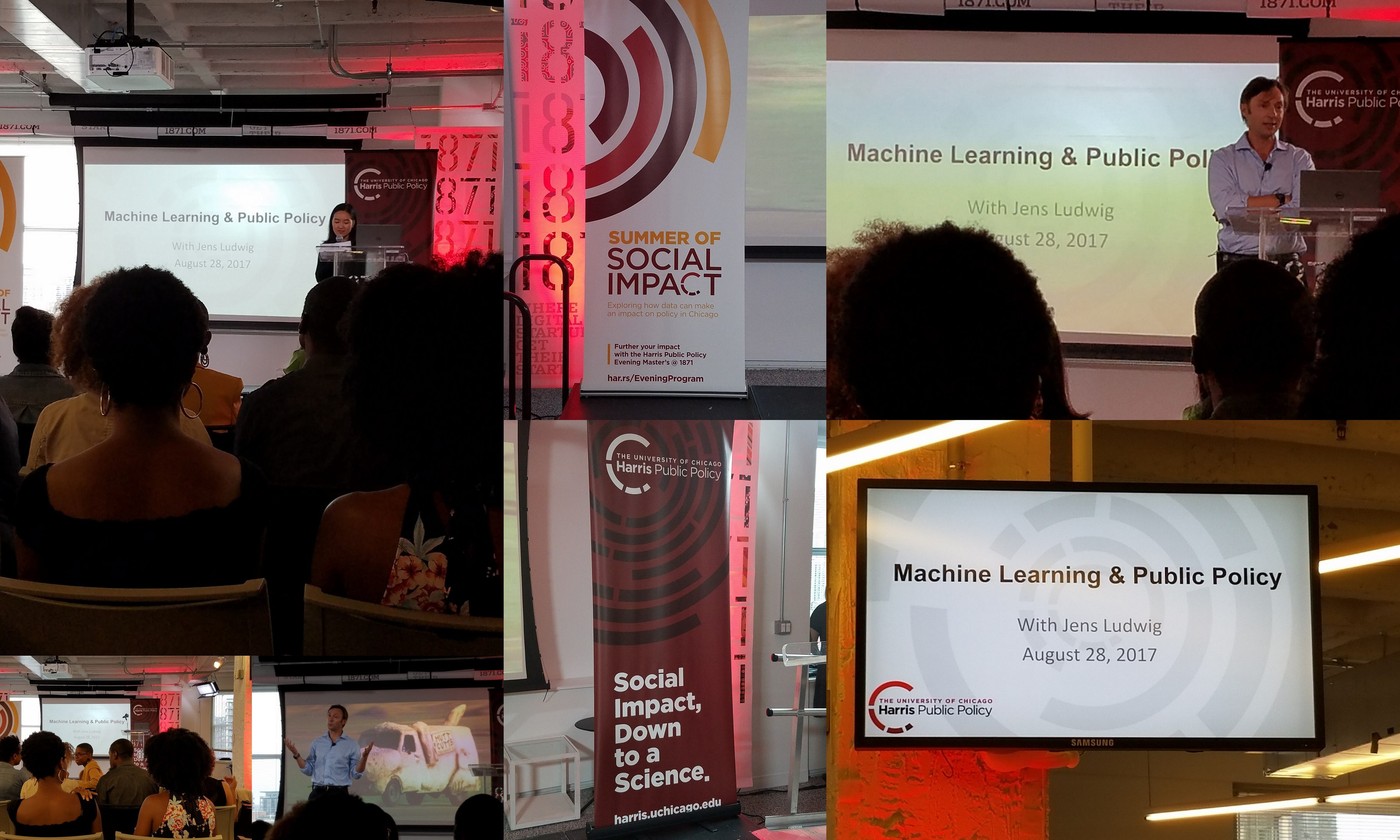 The University of Chicago Harris School of Public Policy, to mark the launch of its new evening degree program at 1871, hosted the first in a series of conversations this summer on August 28th exploring the vital role data and analytics play in making a social impact on issues facing Chicago.

The University of Chicago’s sixth professional school, Harris emerged in 1988 from an interdepartmental Committee on Public Policy Studies. The committee envisioned an interdisciplinary master’s-level program that focused on the use of science and analysis to better understand public life and effect public policy change.

UChicago President Robert J. Zimmer has said that Harris “embodies many of the values that make the University of Chicago distinct.” He continued:

“The school’s interdisciplinary and data-driven approach to policy analysis reflects the University’s culture of rigorous inquiry, and faculty and student engagement with the City of Chicago and other urban centers demonstrates the impact of research on societal challenges in education, crime, energy, and other fields. These efforts draw scholars and practitioners to campus to exchange ideas and learn.”

New tools from machine learning have been able to solve problems that once seemed intractable, such as recognizing faces in photos, translating text from one language into another, and navigating robots through novel terrains. Machine learning tools solve these problems not by writing a program that draws on how humans recognize faces, but instead structuring them as statistical prediction problems. Their success in solving these sorts of “engineering” problems has led to growing interest in applying them to help solve public policy challenges as well, particularly those where a key policy decision hinges on a prediction. The talk by Jens Ludwig addressed both the potential – and the pitfalls – of applying machine learning tools to public policy problems.