This blog gives you information about the minimal setup required for HANA high Availability. How to add standby host and perform a failover (simulation). How services, hosts and Volumes looks like before and after failover.

For high availability, a distributed HANA (scale out) setup is required.

The minimal setup for a scale out is 2 servers (one worker, one standby).

When an active (worker) host fails, a standby host automatically takes its place.

For that, standby host needs shared access to the database volumes.

Note: standby hosts do not contain any data and do not accept

On second node: maintain /etc/fstab as shown below and mount the file systems. 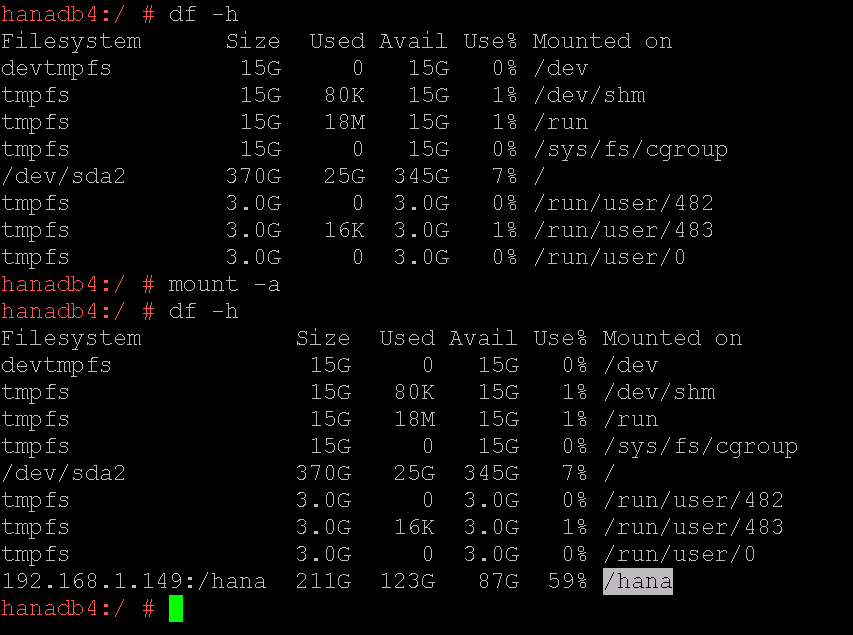 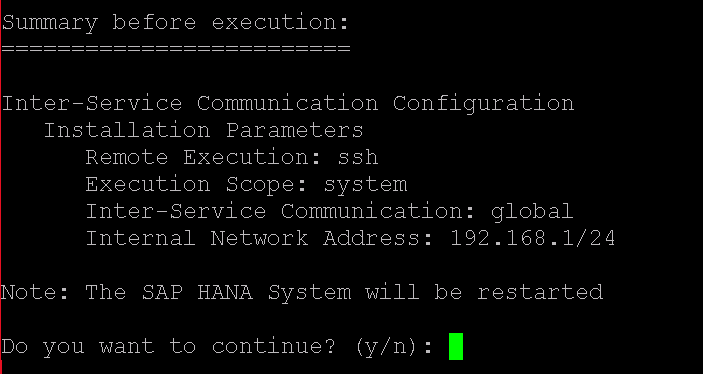 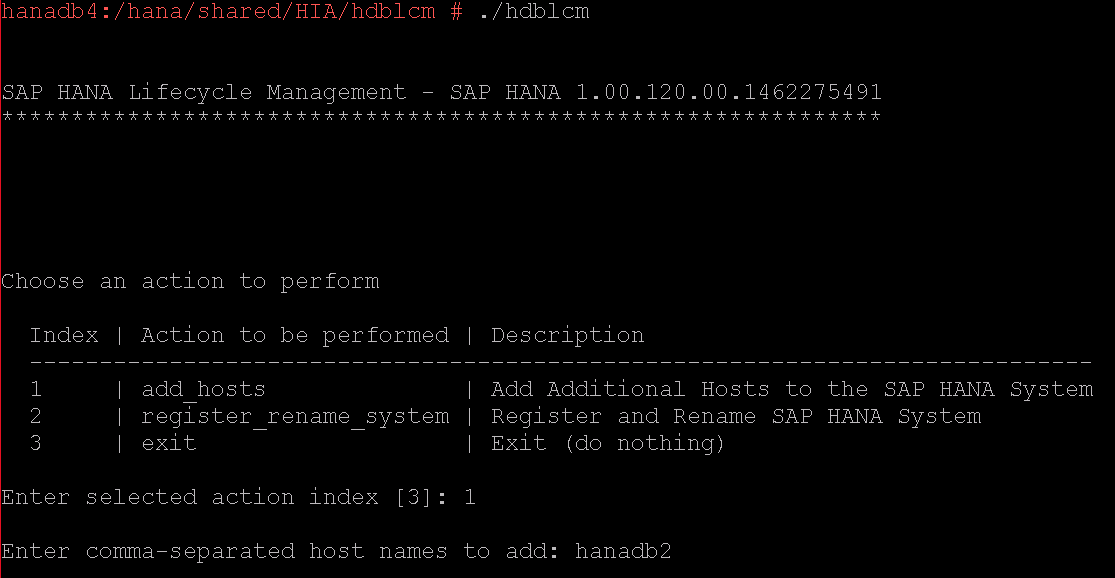 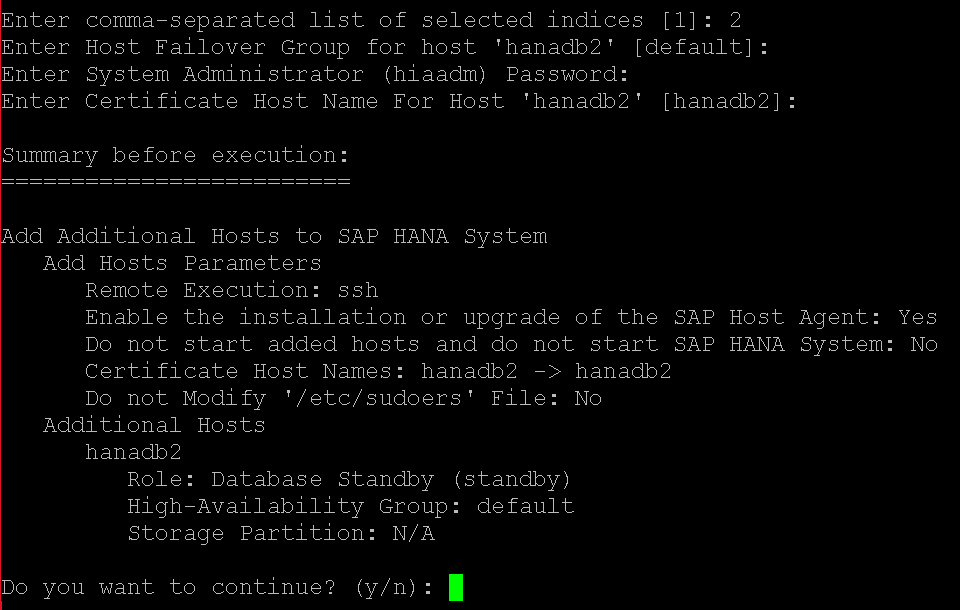 The below screen, shows services after adding standby node

Volumes: (before failover) attached to active (worker) – on first node