For Germany’s reigning soccer champions, there’s no substitute for growing internationally – nor for going digital.

FC Bayern Munich is a soccer club that always plays in front of a packed house in Munich/Germany. The club is backed by more registered fans than any other German team; and it starts every season with the goal to win championships. “Internationalization is the only way forward,” says Joerg Wacker, who oversees this subject as a member of Bayern’s executive board. “If you’re not actively establishing an international position today, you might not be able to keep up with the best tomorrow.” 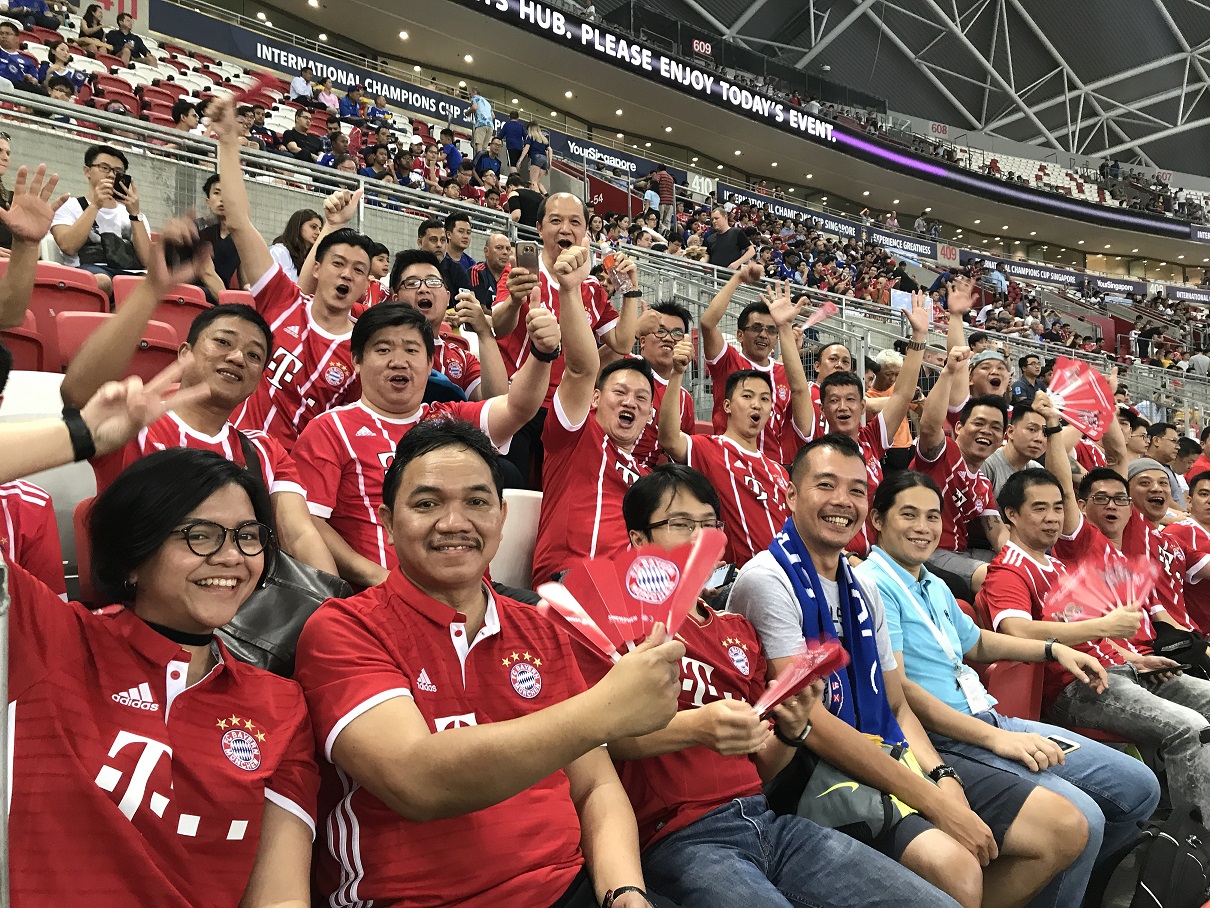 Selling jerseys and scarves to fans in Singapore, Shanghai, and Atlanta is obviously one of FC Bayern’s goals. Even more important, however, is building a global brand that sparks global interest from potential advertising partners. As Wacker explains, this “isn’t just about gaining new partners abroad, but offering more to those we’re already working with, as well.” He cites achieving a high level of global outreach on the club’s digital channels as an example. “The stronger the FC Bayern brand is, the more our partners are willing to pay for it, the higher our merchandising proceeds are, and the more the club earns in the form of international TV revenues,” Wacker points out.

“Digitalization is crucial for our future if we want to compete against big clubs such as Real Madrid, Manchester United, and Manchester City,” adds Stefan Mennerich, the club’s director of media and digital strategy. Here, FC Bayern “needs scalable systems,” says club CIO Michael Fichtner. Among other advancements, such systems will make it possible to meet global fan demand for specific jerseys, initiate global marketing campaigns, and deal with a deluge of fan feedback that continues to grow every day.

FC Bayern is producing more and more content designed to drive its outreach on a growing number of international platforms, as Stefan Mennerich explains. There’s YouTube, Instagram, and WeChat, for example, and the club’s own website (including FCBayern.tv) is produced in eight languages – including the Bavarian dialect. “We can release different content for Japanese users who are on their phones in the morning and Brazilians working on their laptops around noon,” Mennerich adds. “Short texts, longer articles, some with videos, some without – and all of it is contextualized based on each user’s situation.”

For Mennerich, digitalization represents “the best opportunity for a club with strong regional roots like FC Bayern to reach out to the rest of the world.” It also enables FC Bayern to “offer the best user experience possible and achieve a global brand presence,” Mennerich says. “We’re going to gain even more fans around the world and keep them in the fold for years to come. That’s why there’s no substitute for going digital.”

Right now, FC Bayern is bringing in between 30 and 40% of its sponsoring revenues through digital channels, and around half of its merchandising proceeds are generated through its online store. For Mennerich, this is just the beginning. “We’re expecting more strong growth in those areas, but it’s going to require state-of-the-art technology,” he points out.

The some 6.5 million unique visits to fcbayern.com and the club’s more than 40 million fans on Facebook – both figures that show no signs of slowing down – serve as proof that FC Bayern’s digital strategy is bearing fruit.

Brand value has also increased. According to a study performed by the auditors at KMPG, FC Bayern is now valued at €2.4 billion, up from €2.2 billion since just last year. That puts the club fourth in the world behind Manchester United (€3.1 billion), Real Madrid (€3.0 billion), and FC Barcelona (€2.8 billion). In the words of Andrea Sartori, global head of sports at KPMG and the author of the study, “internationalization of commercial operations, investments in modern infrastructure, and more sustainable management practices in general” were factored into the ranking.

FC Bayern’s Karl-Heinz Rummenigge, agrees: “SAP has the technology helping us accomplish three of our main goals: optimizing business processes to facilitate our global expansion, helping our team stay fit and perform at the highest level, and giving our fans the best possible experience.”