You might have seen the press announcement about the new IoT-based services for manufacturing leveraging the SAP Cloud Platform Internet of Things by Mitsubishi Electric and SAP, which has been published already earlier this year during the industrial trade show Hannover Messe 2017. Since these IoT-based services for manufacturing running on top of the SAP Cloud Platform Internet of Things (IoT) are currently being extended, e. g. by building further common IoT scenarios and preparing for the next Hannover Messe 2018, I would like to take the opportunity to provide you here further details about the technical foundation of these IoT-based services and what are some of the upcoming milestones. 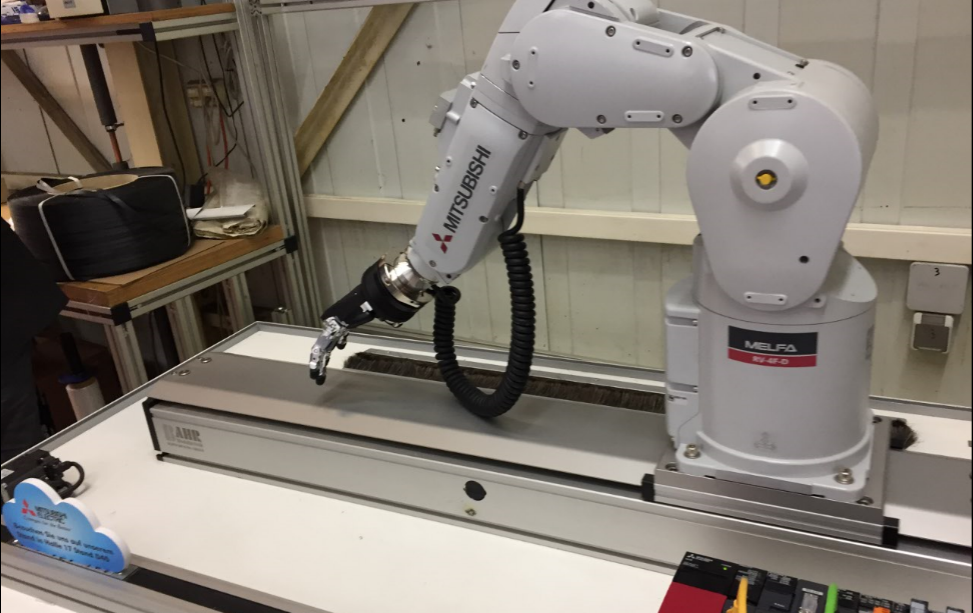 IoT is one of the hot topics at SAP, and there have been published several announcements around the strategic importance of IoT at SAP, such as how SAP IoT connects the world to enable live business as well as the introduction of the SAP Leonardo IoT Portfolio. In this context to support customers in their journey towards IoT SAP has made already mid of 2016 the acquisition of the IoT company PLAT.ONE. The enterprise-grade IoT platform of PLAT.ONE has been fully integrated into the SAP Cloud Platform and is generally available since May 2017 as SAP Cloud Platform IoT for the Cloud Foundry Environment. Some of the key capabilities of this next generation SAP Cloud Platform IoT are the following:

You can read further details about the key functions and benefits of SAP Cloud Platform IoT for example on the SAP Internet of Things Community, the user documentation, and the Q3 / 2017 update of the SAP Cloud Platform Essentials.

One of the key challenges for Mitsubishi Electric is how to transfer sensor data from its automation solutions to the SAP systems of their customers. And more and more customers require a tighter integration of Mitsubishi Electric’s e‑F@ctory solutions with their SAP applications, e. g. to have live insights into the connected automation systems with up to date information about the health status & usage, as well as predictive analytics in order to trigger alerts and maintenance request in case threshold values are exceeded.

Cooperation between Mitsubishi Electric and SAP 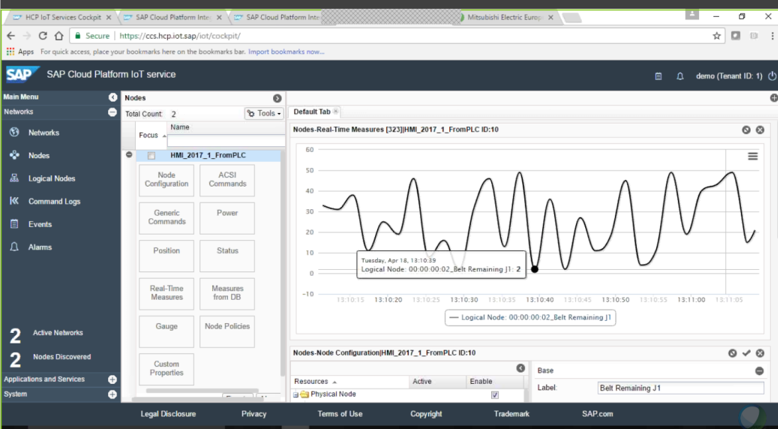 The successful implementation of this end-to-end use case laid the foundation for the above mentioned press announcement about the new IoT-based services for manufacturing leveraging the SAP Cloud Platform Internet of Things by Mitsubishi Electric and SAP.  The demo scenario was shown for the first time in public at the Hannover Messe 2017 , for example right away on the first day of the event to board members of both Mitsubishi Electric as well as SAP.. Mr. Thomas Lantermann, Senior Solution Consultant FA EMEA, Factory Automation, European Business Group, Mitsubishi Electric, was one of the key contact persons during the implementation of the demo scenario and also one of the key presenters of this use case at the Hannover Fair. One of the quotes from Mr. Lantermann about the key benefits of this partnership is: “With the help of SAP Cloud Platform IoT we can on-board and manage our automation systems from Mitsubishi Electric in a fast and efficient way. In particular the immediate visualization of the sensor data without any coding, the secure communication from devices to the cloud, and also tight and smooth integration of relevant data into any backend application are key advantages of the SAP Cloud Platform”. The end-to-end use case was shown after the Hannover Fair also at multiple other conferences, such as the SAP Leonardo Live Event in July 2017 Frankfurt. 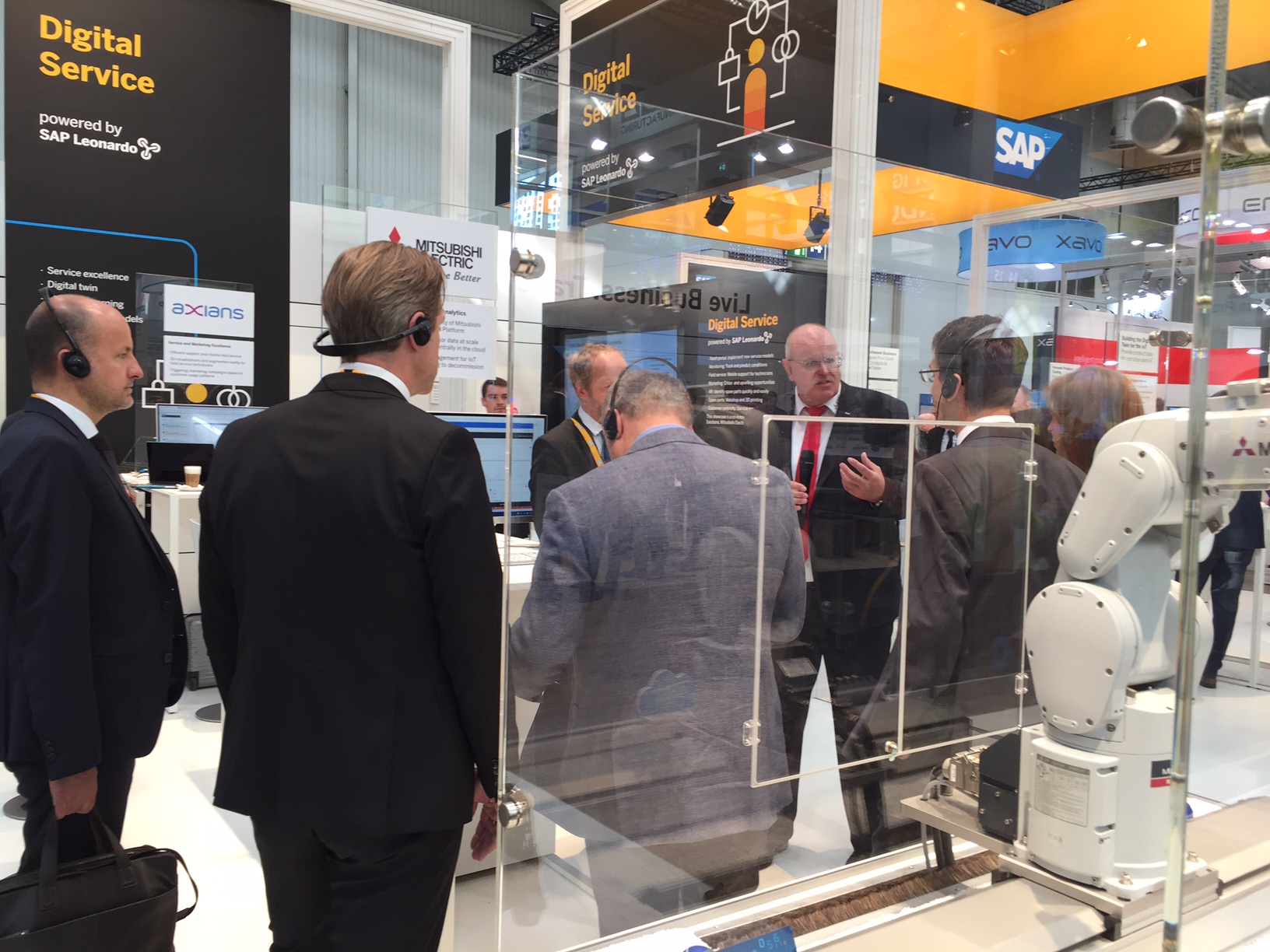 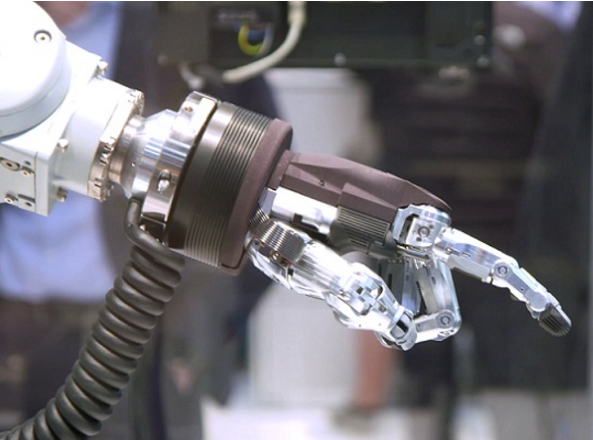 SAP Cloud Platform IoT at your finger tips: Summary and next steps

The SAP Cloud Platform IoT technology provides companies, such as Mitsubishi Electric, the ability to integrate information from their machines and devices to basically any SAP and non-SAP system, which is a tremendous benefit for these companies and their clients. The main reason for this is that basically all the customers of companies, such as Mitsubishi Electric, use SAP applications and require a tighter integration of the sensors and machines for exactly those maintenance scenarios, for which the demo use case described in this blog was built.

Since the end-to-end demo scenario is great success with very good feedback and demand from so many customers, it will b continued to be presented at various events and conferences, such as the e-Factory Alliance Forum of Mitsubishi Electric in Ratingen, Germany. Furthermore it is planned to have this end-to-end use case permanently set up in one of the customer areas at one of the SAP office buildings in Walldorf, Germany. Last but not least, the planning for the Hannover Messe 2018 started already, and for this upcoming industrial trade show in Hannover it is planned to extend the end-to-end demo scenario by including the triggering of software updates on a device via SAP Cloud Platform IoT. This means that SAP Cloud Platform IoT will be leveraged in order to push software updates to a connected machine. SAP Cloud Platform IoT  can receive the software update from for example a connected SAP application, such as the SAP Asset Intelligence Network; therefore it is also planned that the required configuration of software components in the SAP Asset Intelligence Network will be included into this system. So there are quite some exciting activities planned in the near future for this end-to-end use case leveraging SAP Cloud Platform IoT, kindly stay tuned!