In campaign execution, there arises a need to revisit various aspects of a running campaign. For e.g. am I reaching to the right audience for my campaign. Do I need to reconsider my audience? Or Am I executing this in the right frequency. Do I need to reach to my contacts more/less often?

Having the option to make such changes for an already running campaign gives the marketer the flexibility to make decisions based on the ever-changing circumstances. It also reduces the need of creating multiple campaign for every little change the marketer wishes to do.

With SAP Hybris Marketing Cloud 1708, it is now possible to do the following for an already running campaign

This blog talks about how can the marketer change the target group of a running campaign.

Let’s take a scenario where in the marketer initially reaches out to an audience (Target Group 1) for an event and expects to reach a certain #of registration. With this he sets up a campaign and starts it.

However, after certain time, the marketer realizes that he is not reaching the desired expected number of registrations. He therefore wishes to reach more people and therefore change the target group.

The user can also see the history of target group used: 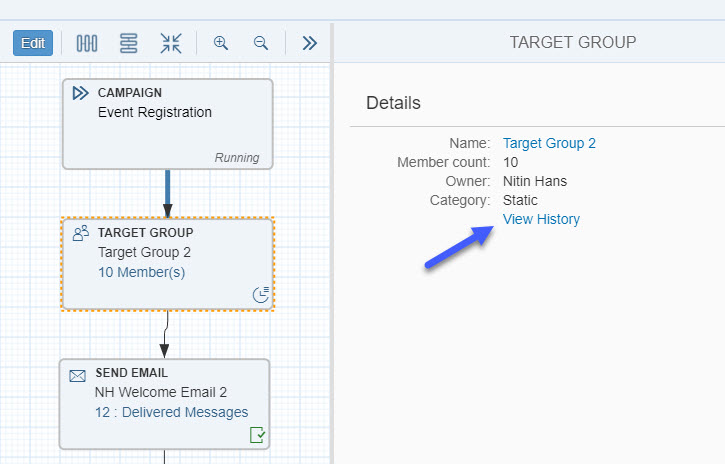 Nice Information, Thanks for sharing. Is there plan to have in OnPremise also?

Yes it is available for both.

Is this option still available in the recent SAP 2011 release?

This feature is still in place within 2111.