ROBOTS: Will the ‘Terminator’ be working in manufacturing?? Part 2

Trends/future of robot technology and end use; IoT, AI?

Tany Anandan’s article in Robotics Online – ‘The Business of Automation, Betting on Robots’ outlines many of the drivers of robotics including production, rise of China and IoT and the Smart Factory:

Depending on who you ask, the “big news” in automation and robotics varies from AI and the Internet of Things, to human-robot collaboration, and even commercial drones. But our contributors agree on one area in particular. All eyes are on China.

International Federation of Robotics (IFR). For the third year in a row, robots sales are at an all-time high. By 2018, the IFR estimates that 2.3 million industrial robots will be in operation across the globe. 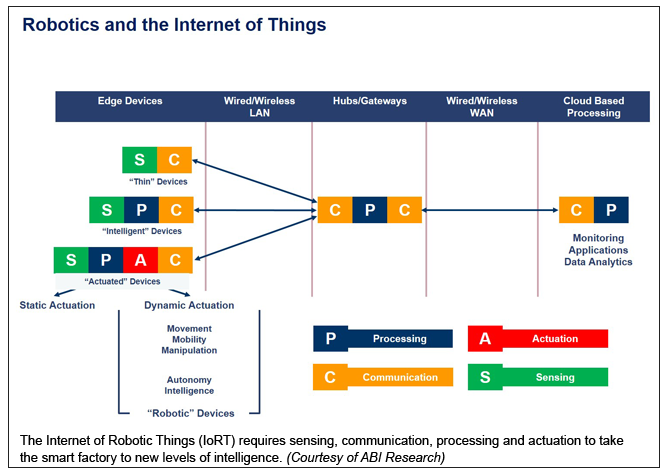 In conclusion, it is safe to say that robots are being used more and more in manufacturing and applications are getting more sophisticated as technology advances. Internet of Things and Artificial Intelligence will further spur development of robots that will work alongside humans.  Large and small companies in the mill products segments will embrace these changes to reduce costs and improve efficiency.

On a more positive note, technology such as AI and Big Data has increased the need for higher skilled jobs in the areas of data science or other positions that now can use data to improve the growth or strategy of a company.

I would be interested to hear more commentary or stories about your experiences with robots in your industry.

How can be SAP be helpful in ARTIFICIAL INTELLIGENCE?