On the 20th July a number of new features for administrators, developers and end users were released by SAP for the Cloud Platform Portal. The feature I am covering in this blog is the Previewing Roles feature which is a new option in the Site Preview function of Portal Sites. For a full list of new features check this link.

Firstly, I must admit this is a great feature that I have been waiting for – the ability to preview the Fiori Launchpad through the lenses of different user groups. This is especially important when different user groups, both internal and external, are accessing applications within the same Portal site. The ability to see what each of these different types of users see based on the current security roles and FLP configuration settings is a massive time saver. Most of the Fiori & SAP Cloud Platform based projects I have been involved with to date have had different user groups so it has been quite a hassle to test the setup logging in as different users. To do this in the past we would have to create new userids and allocate the appropriate portal security role. We would then have to log in and out while at the same time trying to perform administration on the FLP itself. In some instances I’ve also had multiple browser types all running together – with Chrome, Edge and IE. Well – all of this fun hopefully comes to an end! I am attempting to perform this on both Fiori 1 and Fiori 2 launchpads. Godspeed!

NOTE: This feature only tests the tiles, catalogs and groups the different users can access. If you want to click on the Apps and test backend functions you will still need to make sure the user has the relevant Odata service security roles in the backend SAP systems. Additionally of course, the administrator will also need the TENANT_ADMIN role to perform the Previewing Roles function in the Site Preview.

OK – now for some detail.

The new preview feature is part of the existing Site Preview option within the Fiori Configuration Cockpit of a specific Portal site. To get there follow these steps.

You will then be in the Fiori Configuration Cockpit for that portal site (FLP in this case).

For the example, we will add applications into a new group, create a catalog and then preview the results using the new function by selecting the Retail Operators role.

We will add the 3 applications into the group.

Assign the group to the Retail Operators role.

The group has been created and I will now create a Catalog and assign to the Retail Operators role.

Once any changes are made to a Portal site the publish icon will show a star – this is an indication that changes have been made and are not published.

The following icons are part of the Fiori Configuration Cockpit and this blog is focused on a new option within the Site Preview function.

I won’t publish the changes but will now use the Site Preview function to preview applications for the Retail Operators role.

A new window will be displayed previewing the site with the changes that were made. You can see below that there is a group called Retail Stores showing as well as the SAP group.

The new option is included next to the Language. You can see in the diagram there is a Security Role setting and this by default is initially set to ADMINISTRATOR. This is why I can see both the SAP and Retail Stores groups of applications on the home screen.

You can see though there is another Security role that can be selected called RETAIL OPERATORS. There is also a SAP role as well as the Everyone role. 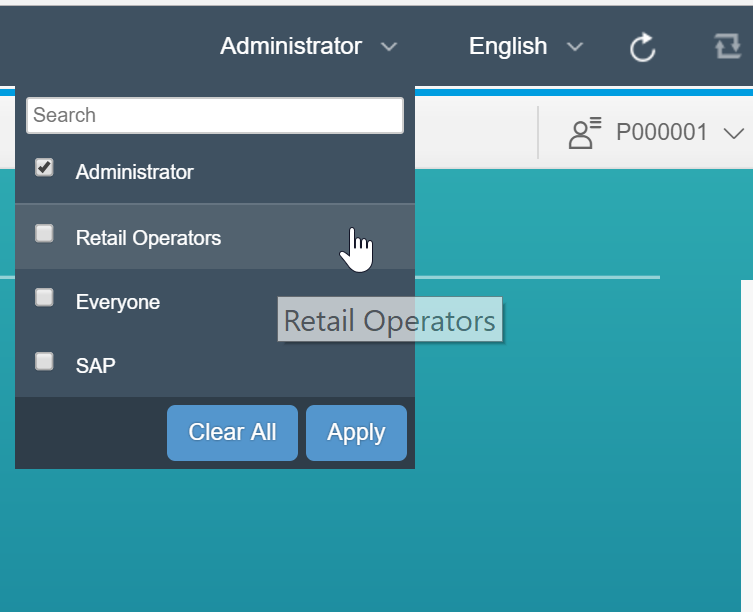 I expect that 3 apps will show up and only the Retail Stores group show.

Awesome! It has also removed the SAP group because the RETAIL OPERATORS role does NOT have access to that group/catalog and the applications included in it. So, we have successfully used the Site Preview new feature to successful test the Fiori Launchpad configuration settings we were modifying. Great!

To prove, this even further let’s quickly look at the Role and it’s assignments. 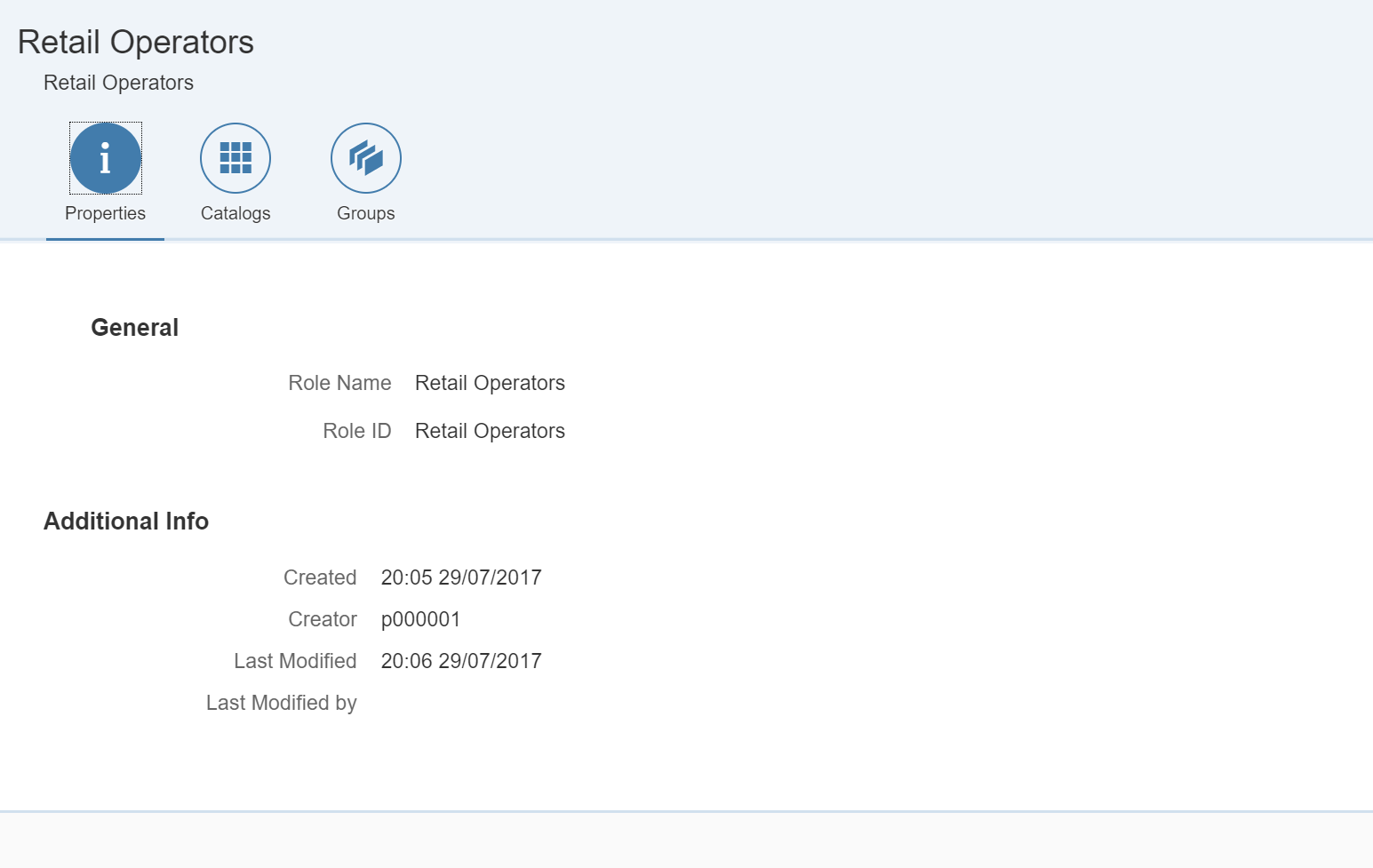 I will now add existing applications to a new catalog and group and assign them to the RETAIL OPERATORS security role and use this feature to check that the role has the right applications and access.

Create a new catalog as well and assign the Apps and roles similar to the above activity we completed for the group.

If we navigate to the Roles section in the Fiori Configuration Cockpit we should also now see that this new group has been added.

Let’s now preview the Launchpad now with these recent changes.

With the default ADMINISTRATOR setting you will see the SAP, Retail Stores and Sales Functions groups of applications – basically everything. Let’s again change to the RETAIL OPERATORS role. Let’s see – we expect to see the 2 groups of applications.

Great! This is working as we expect.

OK – as a last test let’s add the Sales Functions apps to a new Employees security role. It is important to note here that the Employees role did exist previously but was not complete. This means that the Site Preview filters out security roles that are not correct or incomplete. You will know this because of the icon associated with the role – this tells the administrator that it is incomplete.

Let’s fix this up now so we can see this on our Site Preview security role options.

In the Site Preview – ADMINISTRATOR view we will still see all apps, all groups etc.

But when we use the drop down now we should see the EMPLOYEES security role now included as an option. 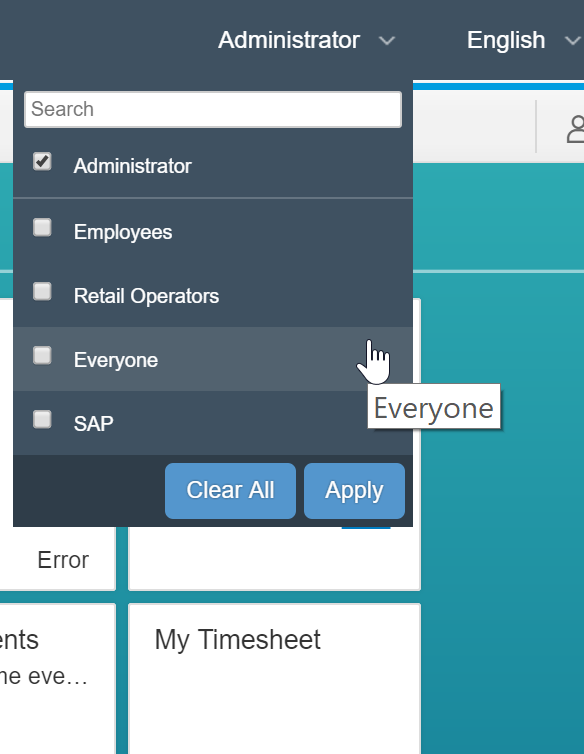 BRILLIANT!!!! This is exactly what we expected.

OK – now I will upgrade my site to Fiori 2.0 by changing the Maintenance version to 1.44. You should have noticed that all of the screens up until this point have been using the Fiori 1.0 standard screens. We will now migrate this Portal site to Fiori 2.0.

This will prove that the Preview options work for both Fiori versions.

Next, the RETAIL OPERATORS view.

Can you tell I love this feature!!!!

So, in summary hopefully I have provided some more information around the new Site Preview features added as part of the recent Portal upgrades delivered by SAP. This is a really nice feature that has been added and will save project teams and customers time overall when creating new FLP’s or modifying existing ones.

Great work Phil! Absolutely brilliant new feature. This has also meant 2 licences in SCP to do what really should have only been 1. Great step forward not only in time but cost saving too!

Thanks John, appreciate it. Totally agree, such a simple requirement but was difficult to do previously. From a Portal point of view probably one of the best features of this year. Brilliant!