On Thursday July 27th we held a joint ASUG Maryland-Virginia Chapter meeting in Washington DC, co-located with the ASUG Executive Exchange.  In previous ASUG chapter member surveys those ASUG members who belonged to the Virginia Chapter said that Washington DC was their first meeting location choice. 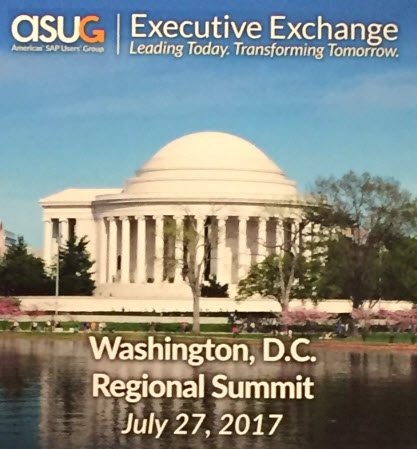 Various barriers prevented the Virginia Chapter from meeting in Washington DC – the cost to rent a meeting location is expensive and not in our budget.  The cost to park is prohibitive.  Taking the DC subway is a low cost option but adds more time to the commute to get there.  SAP has offices in the Reagan Building in DC but the conference rooms only hold 25 people.

M Files, Paymetric, Original Software and DATUM all sponsored – thank you, the chapter meeting would not have been possible without your support.

I also want to thank former ASUG employee Lauren Reinhertz; I was very resistant to this due to cost and she kept pushing it along.  The same goes to current ASUG Community Coordinator Rebecca Thurman.

This event was co-located with the ASUG Executive Exchange.  For the first session of the day, both groups were in the same room, attending the keynote by SAP’s Ina Felsheim.

Ina gave away a prize to the first person who asked a question, in this case it was Jane Fowler. 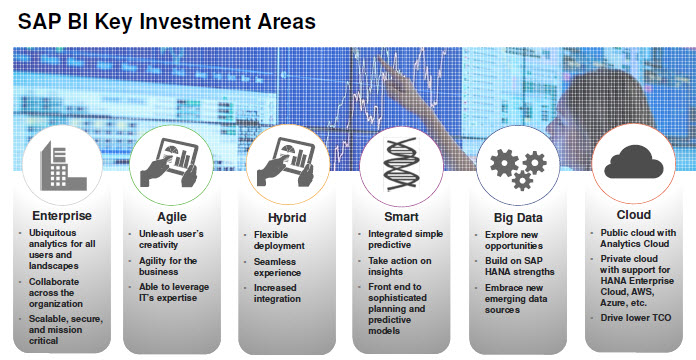 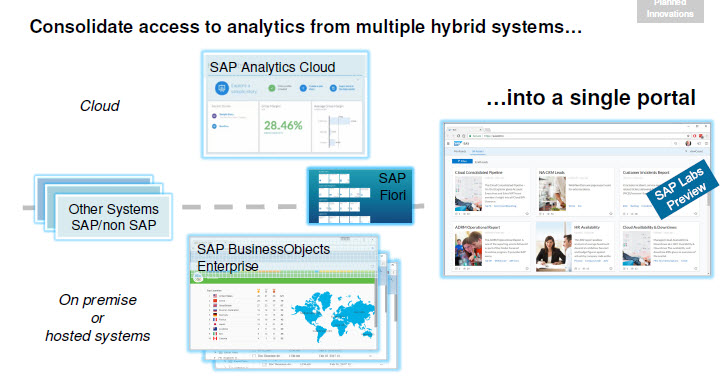 Ina discussed Analytics Hub, as one single portal for your BI content (not just SAP’s) and is available in the Cloud. 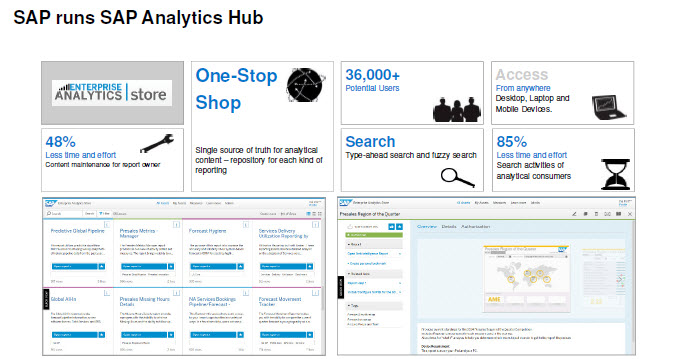 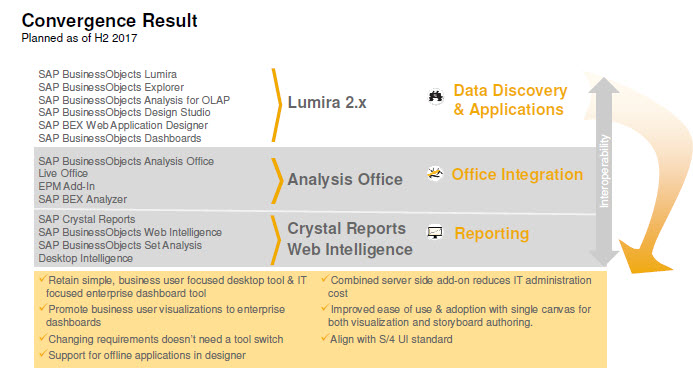 Ina said if you are starting a new project, to start with the tool on the right as shown above. 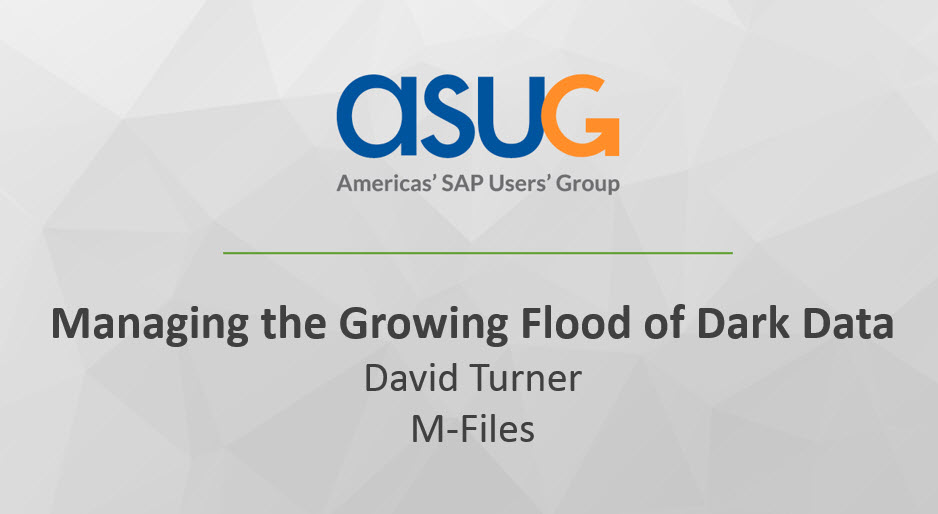 According to Gartner dark data is the information assets an organization collects, processes and stores during regular business activities, but generally fails to use for other purposes, including analytics.  Ultimately, it is content that is important to a business that has become invisible because it can’t be found effectively.” 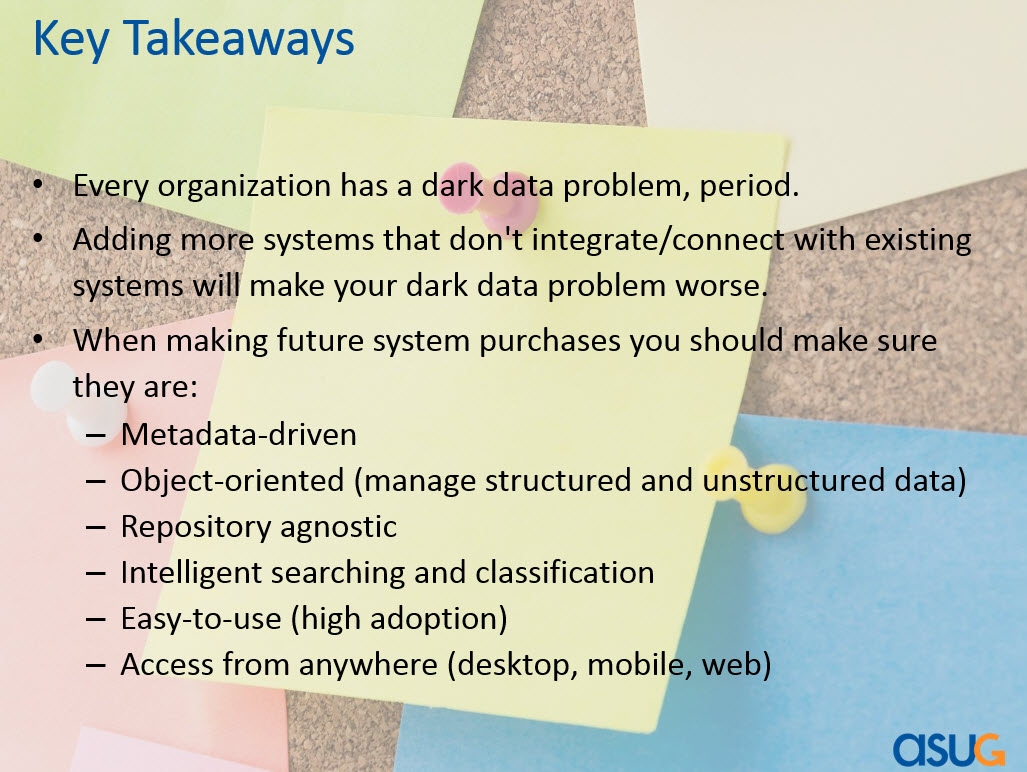 Above are David’s key takeways

Next, Original Soft spoke about testing in ERP environments. 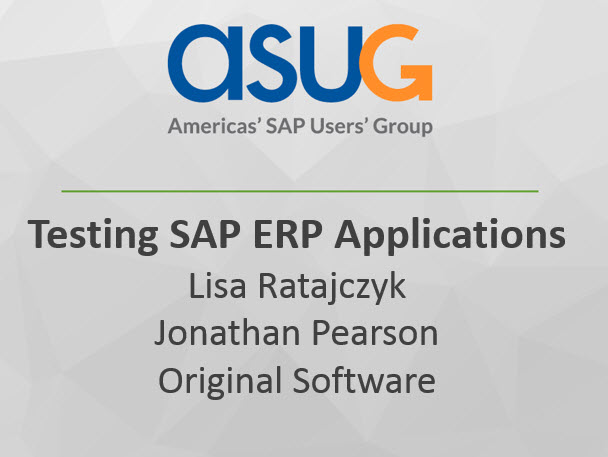 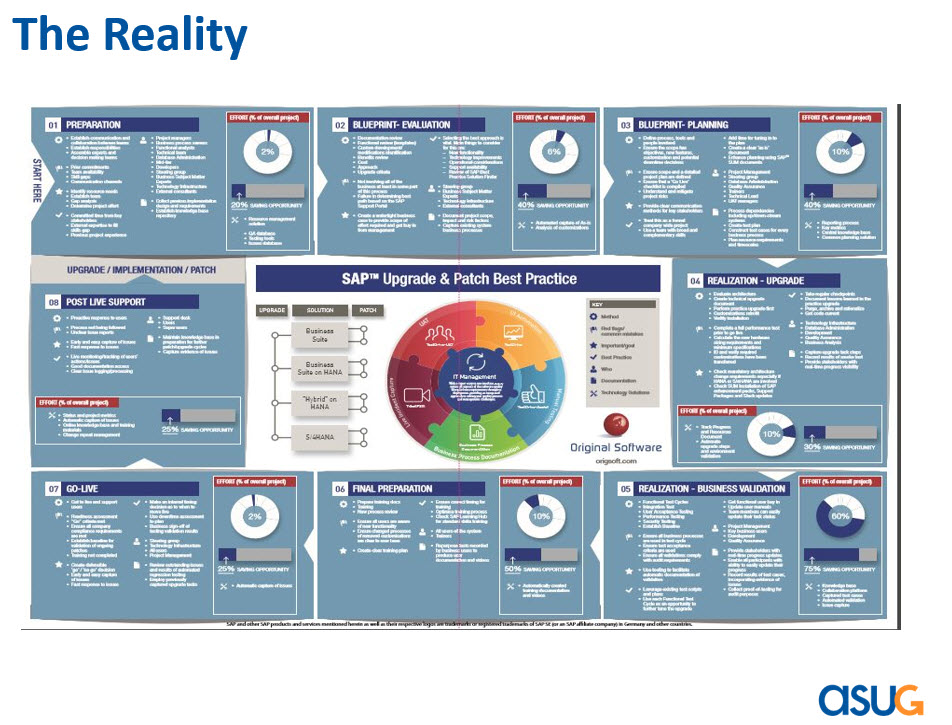 Lisa and Jonathan spoke a great deal on this slide about testing; they offered posters to those who stopped by the table (and several did).

Next, part of our Public Sector track, SAP’s Marlyn Zelkowitz and Jerry Kobeh covered Road Map: SAP S/4HANA for the Public Sector.  Of course the legal disclaimer applies that things in the future are subject to change. 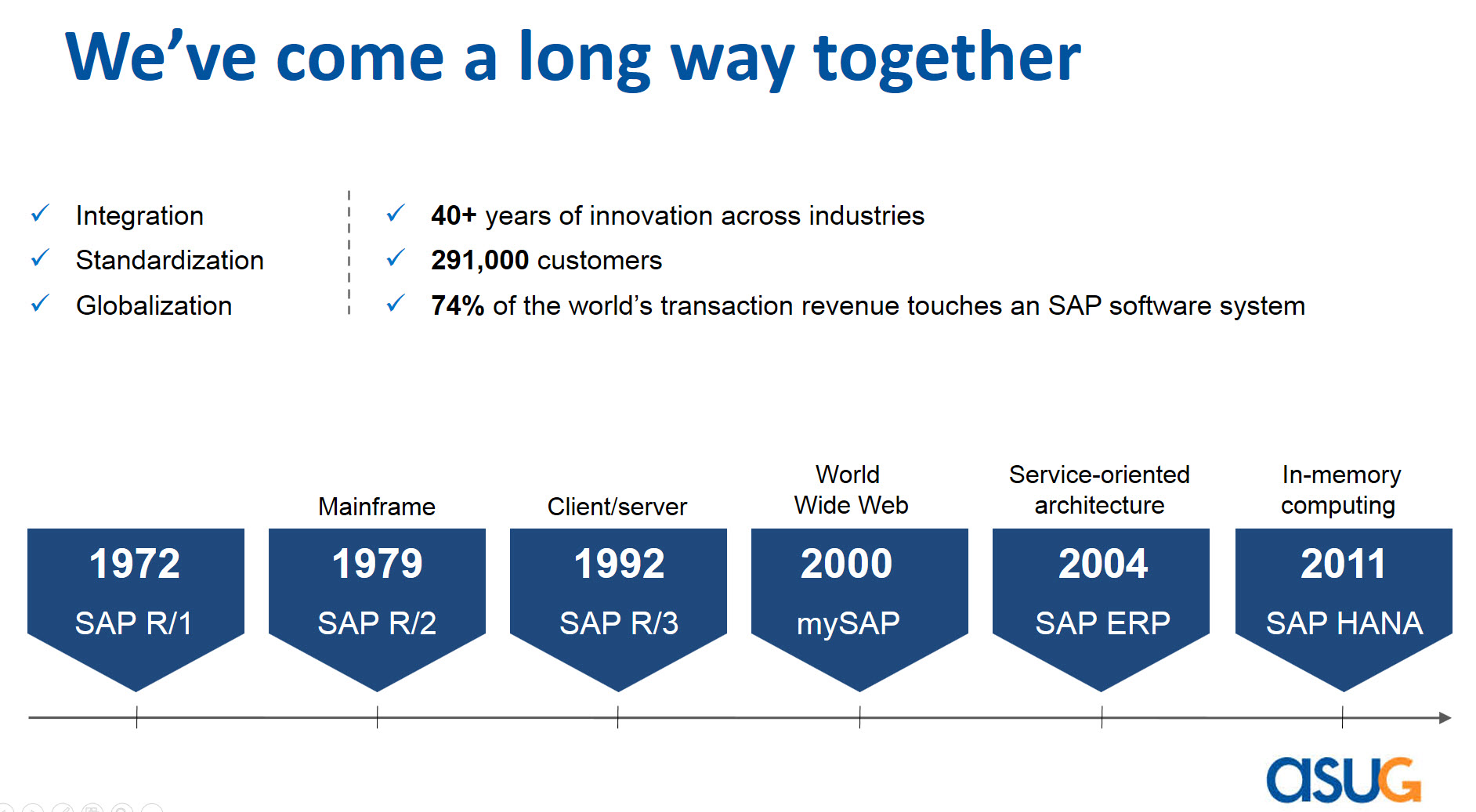 Marlyn got all of us standing, by asking when/which year we started using SAP products. 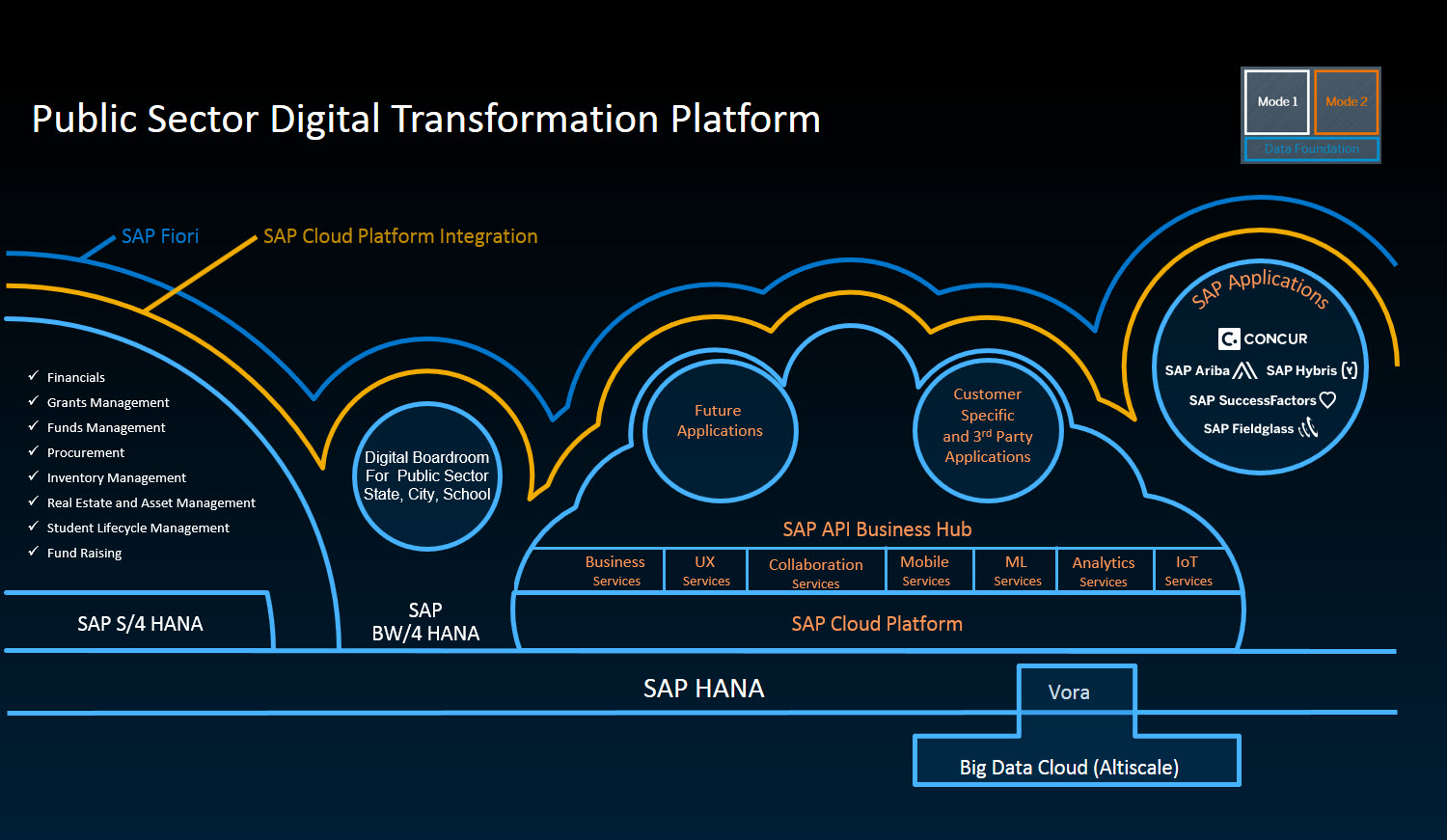 Jerry covered the above, discussing how S/4HANA as the core, big data, cloud applications, and the SAP Cloud Platform. 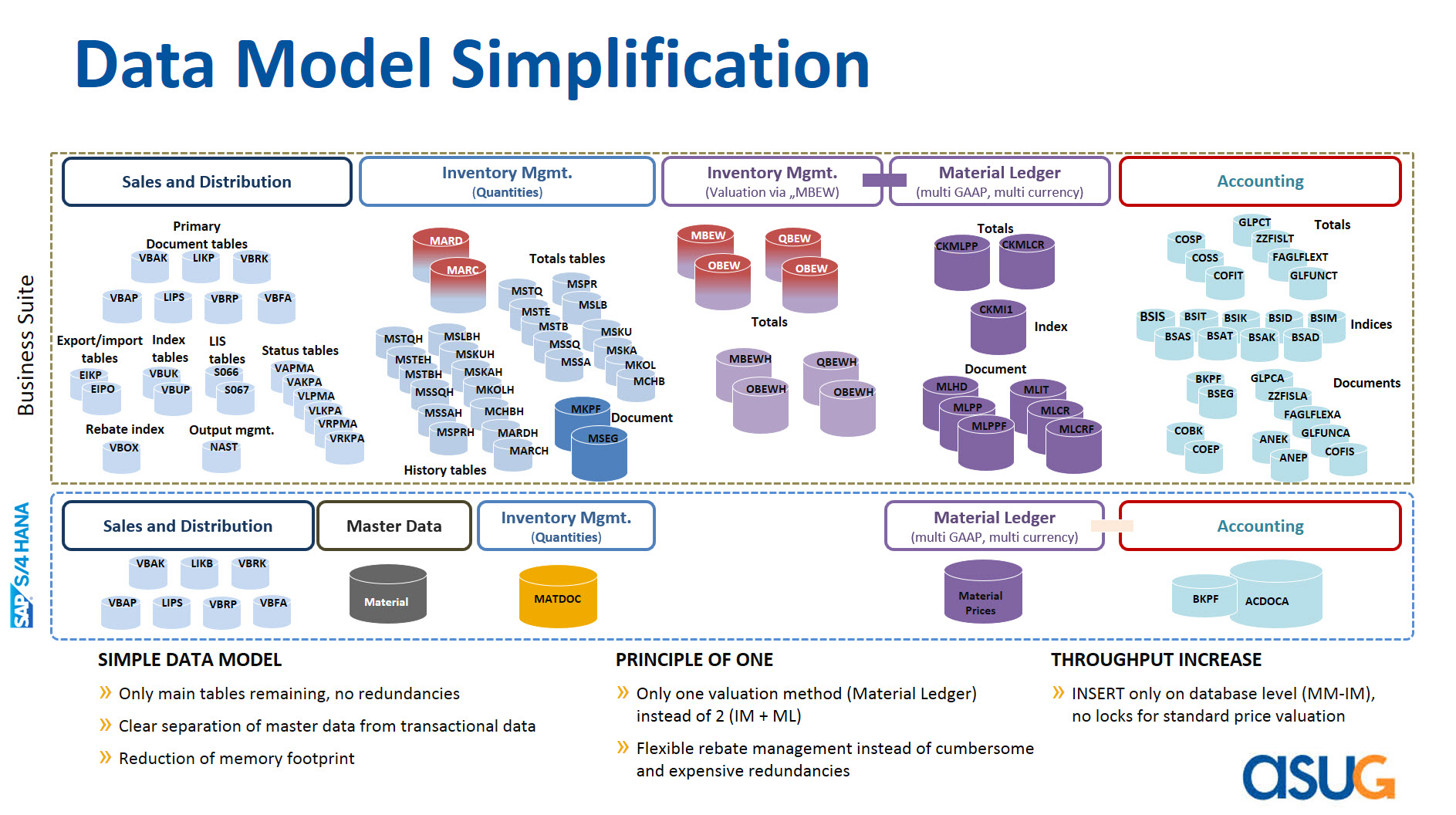 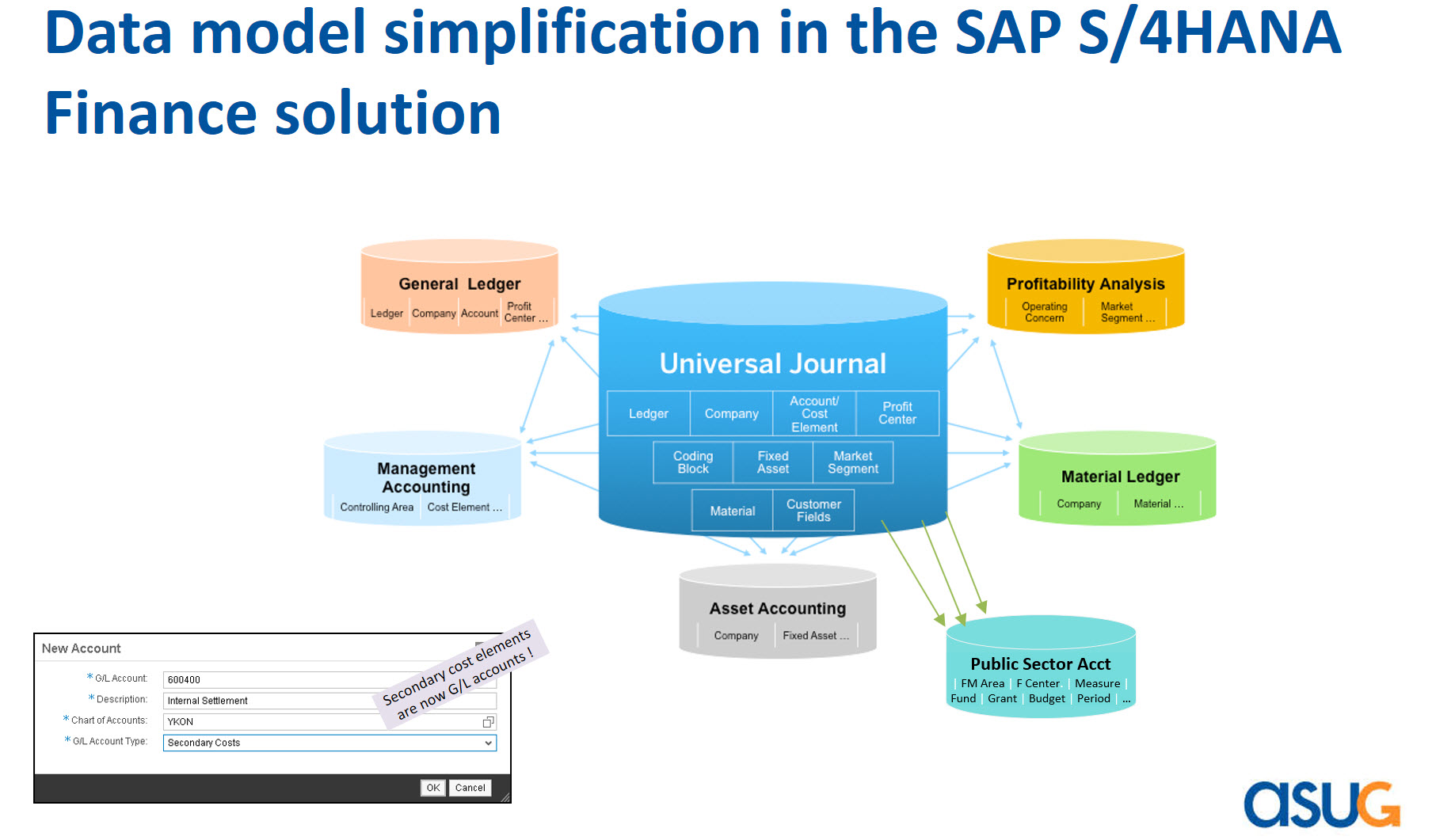 Of interest to us Public Sector customers is the integration of Public Sector Accounting (Funds Management) to the Universal Journal.

I had to leave early so I missed the hybrid analytics session,  so I’m signing up for these upcoming ASUG webcasts: 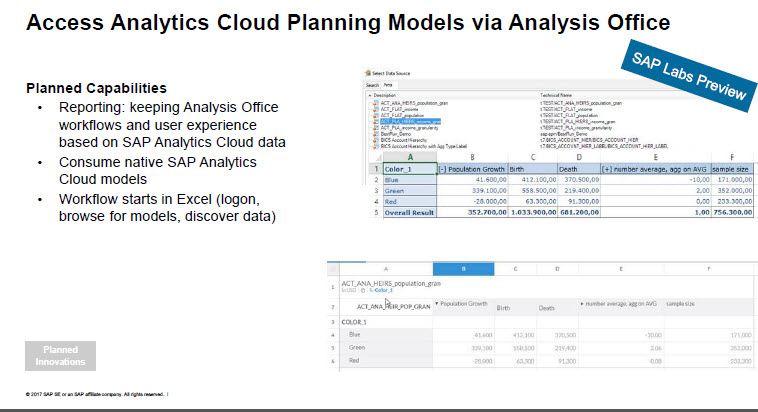 This slide was interesting; planned to have SAP Analytics Cloud planning integration with Analysis Office

Registration and attendance at this event was outstanding; special thanks to ASUG Maryland Chapter Volunteers Richard Gillespie, Robyn Bollhurst, and Sainabou Sosseh.  Special thanks to the Pepco employees and the speakers.

See you next time in Richmond, Virginia, at the ASUG Virginia Chapter meeting on October 27th.

I enjoyed the presentations, networking, and seeing people I hadn’t seen for years.  See you at the next meeting.

Thanks, Tammy! Cool poster from Original Software. I wish I could read the small text too but, unfortunately, SCN blogging platform does not open a larger picture. 🙁

I'll see if I can get you a poster, Jelena...great meeting