In this blog I want to share my experience with creating features and hope it will inspire and help you!

First you have to know the difference between a Feature and a Plugin. It’s not that big of a deal when you create a Feature/Plugin. But it’s important for understanding and for terminology, just so we’re on the same level.

A plugin contains certain functionality. Several plugins can be grouped together into one Feature. This means one Feature can contain multiple Plugins and a Plugin is part of a Feature. 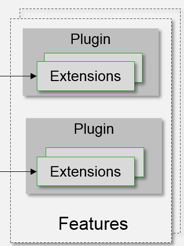 A feature contains multiple folders, each folder stands for another plugin. The feature has also a package.json with all the configuration of the feature.

Each plugin can contain services, these services can be shared between plugins in the same feature. A plugin contains the following structure:

It also includes a  plugin.json which connects all the parts together. In the plugin.json, you have to define the following:

SAP already documented most of the basic possibilities with the SDK. Go to documentation and there on the left you have multiple tutorials: 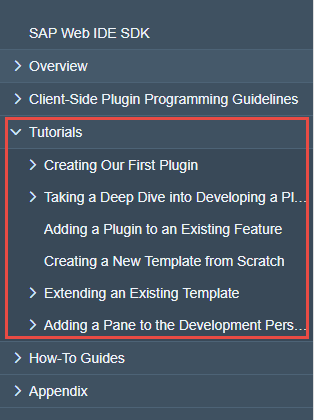 In the SAP Web IDE you also have wizards for generating a Feature.

Start with generating a feature:

You can immediately generate a plugin. Include the sample code to have an example:

This will help you understanding all the different parts.

You can always add more plugins to your feature:

You can run and test your feature in the SAP Web IDE:

Tutorials based on the SDK documentation combined with my experience during developing my own Features that will help you developing your Feature. Some of the things I will mention in these tutorials I couldn’t find in the documentation or isn’t documented yet. Be aware that everything that’s not officially documented by SAP can change in the future.

You can find the full code of the demo feature on github: https://github.com/lemaiwo/SAPWebIDEFeatureTutorial