Create a command in your SAP Web IDE Feature

Start with generating a Feature and Plugin including the sample code as described in the previous blog: https://blogs.sap.com/2017/07/17/create-your-own-sap-web-ide-feature/ 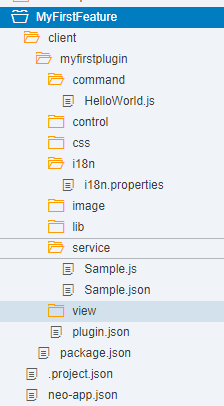 The wizard already generated an example which contains a command that will open a notification. If you would run this generated feature as described in https://blogs.sap.com/2017/07/16/create-your-own-sap-web-ide-feature/ –> “How to start”, you would have this: 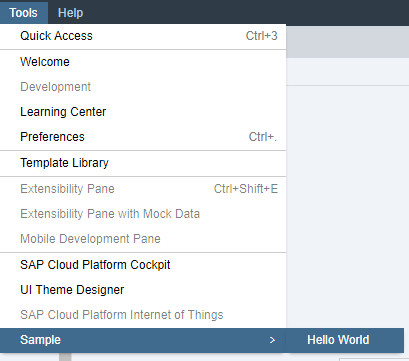 This will open an information popup. 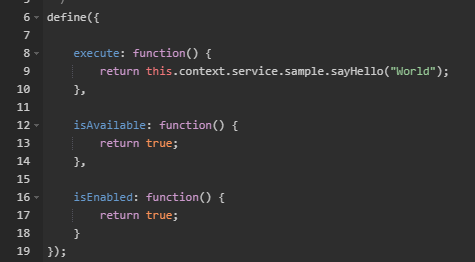 These groups and commands need to be defined with a label to have a text in the SAP Web IDE.

Groups and commands also require an ID to connect items to the groups:

In this example you can see the benefit of using an inline group. You can group without opening a new subtree.

How to configure this myself?

You’re probably wondering how you can place the command somewhere else? How to know the id of the parent? I had the same question too 🙂

First step, open the SAP Web IDE in debug by adding the parameter

Or when testing your feature, this will give you the same result.

This will show the ID’s of the menu items visible in the tooltip, for example the tooltip of the context menu I’ve used in the plunker Feature: 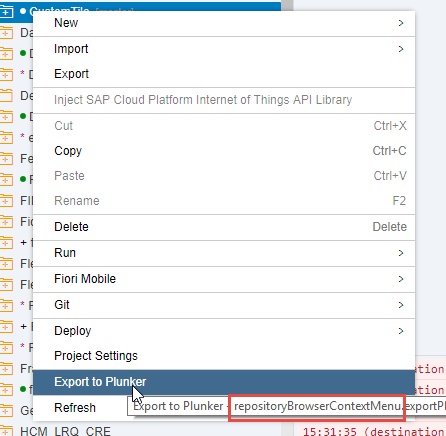 The repositoryBrowserContextMenu is the parent ID.

Then we should use “file.new” as parent:

This will result in: 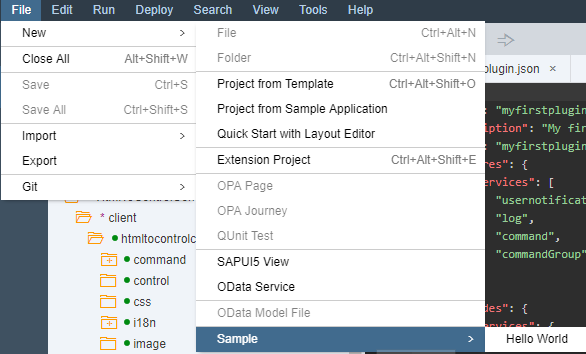 You can also add commands to the right sidebar but then you cannot use groupings. An example from my UI5 Generator feature ( https://blogs.sap.com/2017/06/29/export-to-plunker-sap-web-ide-feature/ ):

This will result in the following:

You can find the full code of the demo feature on github: https://github.com/lemaiwo/SAPWebIDEFeatureTutorial

Now you should understand how commands work and have created your own command.