In the current Blog, I’d like to show you how the new features of SAP PCo 15.1 SP3 can be used for the same purposes as I described in

and what additional benefits they bring. For example, how it became possible to eliminate custom coding at all.

So, let me describe the scenario\workflow I implemented this time. I decided to make it slightly different and a bit more complicated, introduced conditional branches in order to illustrate better some of the new PCo features. The workflow\scenario looks now as following: 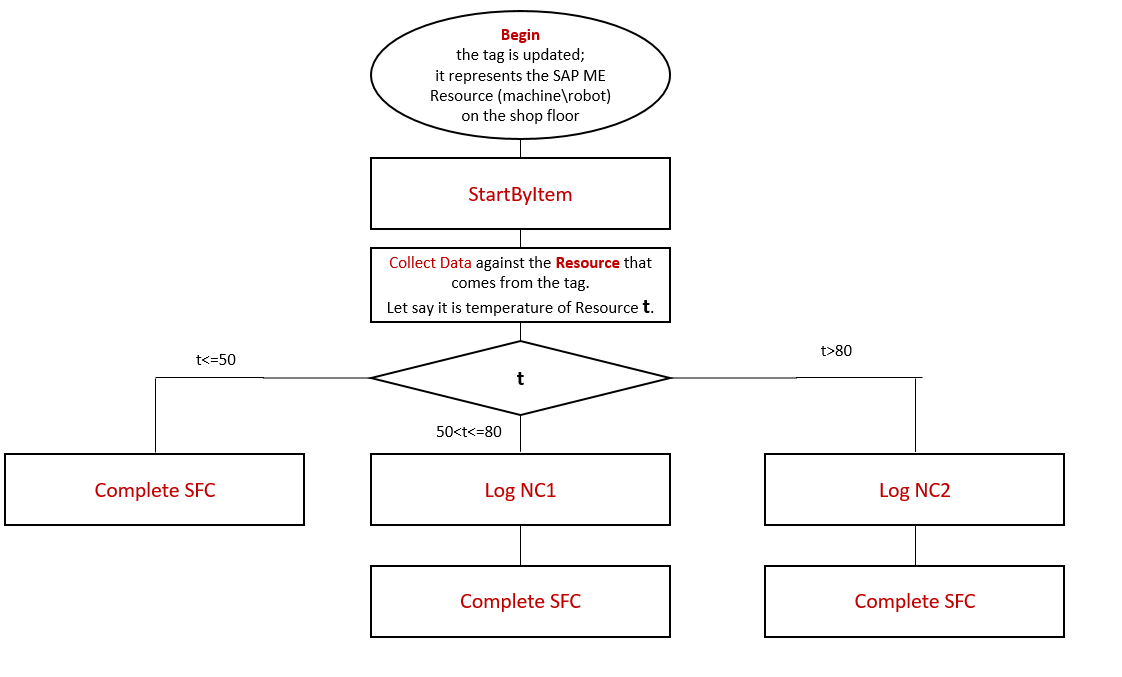 The new functionality of SAP PCo 15.1 SP3 allows to call another Multiple Call Destination systems in the workflow. I used this new feature and actually grouped the steps from points 4.2 and 4.3 to dedicated Destination Systems. The scenario\workflow looks as following then: 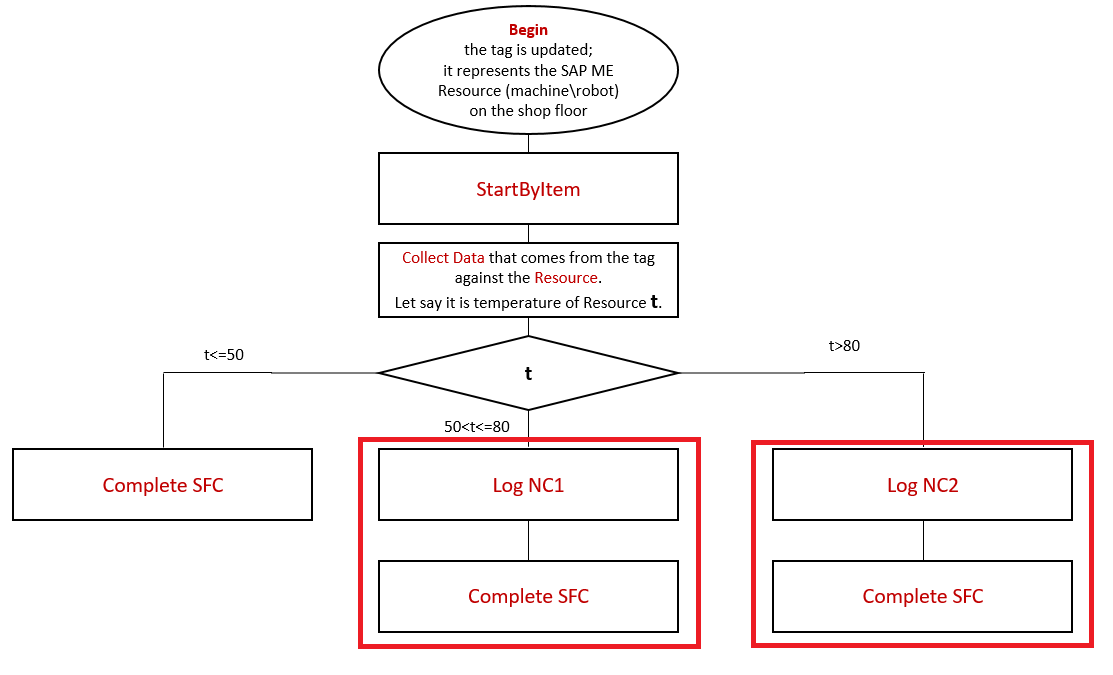 Highlighting these Destination Systems in PCo:

Each of them embeds 2 other destination systems as illustrated in the workflow. In PCo it looks like:

Furthermore, the temperature t mentioned above is passed then to each of the dedicated destination systems to be logged as NC Data. So, you may not only calculate variables, but also pass them to another modules\to another Destination Systems in the workflow\scenario.

The new feature of SAP PCo 15.1 SP3 allows to implement Branching Conditions in the scenario\workflow. The condition I described above is more complicated than “yes”\”no”. It actually requires more than 1 condition to be checked to have 3 branches. I highlight how I implemented this condition:

So, let me sum up the benefits of the new features of PCo 15.1 SP3 used in this case:

Your comments will be highly appreciated.