Adding further concepts to my knowledge I was working on Generated Key column of Table Comparison, placing the common column existing in both source and target and incoming source has duplicates. So below is my observation please have a glimpse of it!

When records coming from source has duplicates for column(s) defined in Input Primary Key Columns section and out of those columns one is selected in Generated key column then records inserted in target are random. So in brief I’ve selected the column which is present in both source and target. Here it’s EMP_ID.

How table comparison sends the records to the final target when this option is selected?

Initially my target table has data present in it. When job is executed then this transform brings the rows to it’s before image for processing and then comparison starts. Based on the OPCODES generated the rows are sent to final target table.

Here I put this brief note in below screenshots: –

Consider the initial target before job was executed: – 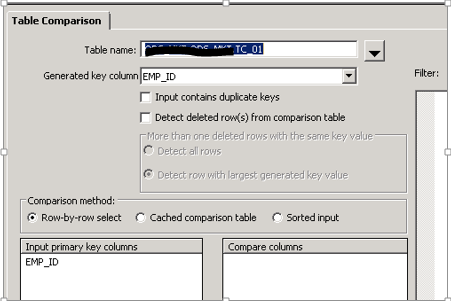 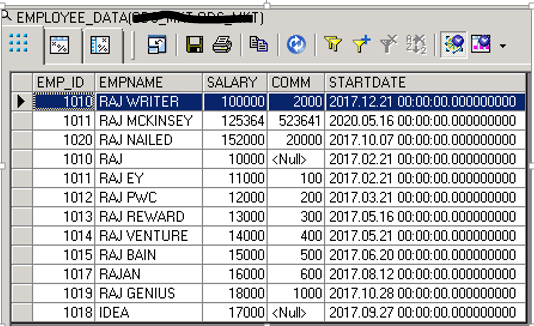 When the job is executed table comparison brings the records in it’s before image. Initially target table has existing records for EMP_ID 1010 (1010, RAJ WRITER,..) and 1011 (1011, RAJ MCKINSEY,…). Now records coming from source are compared one by one. 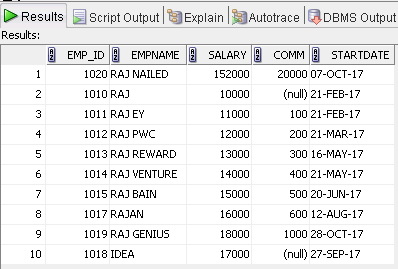 This was the case when we had only one duplicate record coming from source.

Now let’s suppose that I add few more duplicates in my source for the EMP_ID’s which are present in target. Then how table comparison works, let’s see. 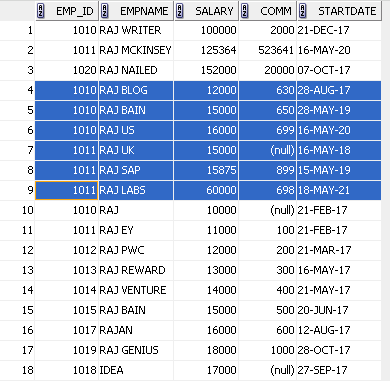 Before execution my target table is: – 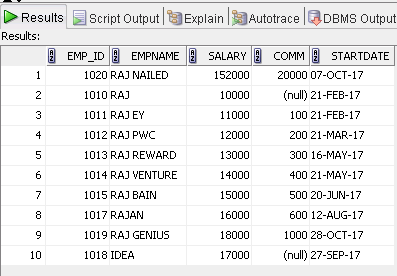 When job gets executed then for all the existing id’s which are already present in target an update, ‘U’, is sent by Table comparison: –

Now which record will be sent by our before image to the target? 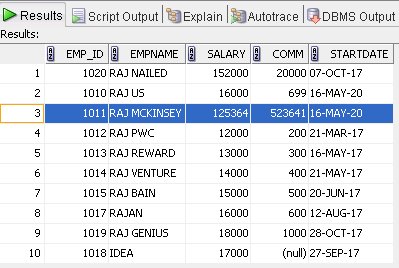 Again if I re-execute the same job then table comparison should work in a similar fashion: –

So the final target is: – 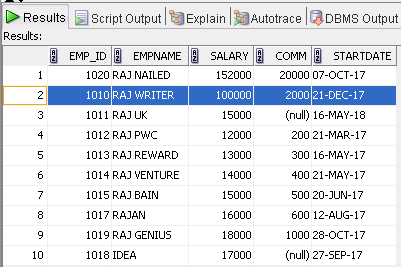 Now again if you’ll run the same job then again it’ll give different outputs and different records will be sent to target.

So this means if you use same column, present in source and target and column defined in Input Primary Key column has duplicate incoming rows, in Generated Key Column section then table comparison will randomly send the updated records to the target table.

So if the column(s) specified in Input Primary Key columns section has duplicate incoming records and out of them if same column is selected in Generated Key column then table comparison will arbitrarily send the records to the target.

To further understand how does records get processed by Table comparison you can visit this link: –

Please let me know if I’ve missed anything or something is incorrect.