Seemingly spontaneous acts of terror have become an insidious threat that confounds public security stakeholders today. The terror effect on a population is greater when the act is carried out by an individual than by an organized network. In these cases, neighbors become suspects and society fractures. In a network planned attack, we unite against the organization. However, an attack planned in true isolation is very rare, as seen from many of the so called lone-wolf cases in 2016 and most recently that were later found to have previous coordination with or networked support from the Islamic State.

Criminal and terrorist organizations like the Islamic State depend on the very foundation that globalization and the resulting economy do. The digitization of communication has lowered access to many different forms of power. Finding a solution to poses the greatest challenges for digital transformation, including data privacy, predictive analytics, and open-source intelligence. Each of these areas provides opportunities and barriers that must be addressed to establish a balance between security and freedom, and the speed of innovation today will only accelerate discoveries and new challenges.

This period of accelerated growth and converging technologies is enabling a change in humanity like never seen before. Digitized communication, open access to massive data, and cloud based enterprise machine learning is changing everything from daily citizen interactions to global strategy and in every industry from retail to research. Based on the sheer speed, this poses just as many threats as it does opportunities. It is akin to the dawn of nuclear power where no controls were initially set and the risk of a small stateless actor gaining weapons of global destruction was and remains very real.

The speed of change is being heavily driven by computing power, production of data, and simultaneous transactional and analytics processing software. Once prohibitive conditions for artificial intelligence are no longer existing.  Everything from connected devices to the conversational applications that speak from the device are literally getting smarter with every interaction. Thus, the face of work, life, and security in the global economy are changing while what it will resemble is no clearer.

Thus, the role of public security organizations and the larger public sector including social services, healthcare and citizen engagement have a greater role to ensure alignment of objectives. Critical to this is digital communication and SAP understands the challenges public sector in particular has to fully embrace technology especially given the risks of personal data and privacy regulations. In this paper, SAP will present the Aarhus model in a cross agency public sector digital communication solution to counter the “Lone Wolf” myth and the network of criminality it depends on. 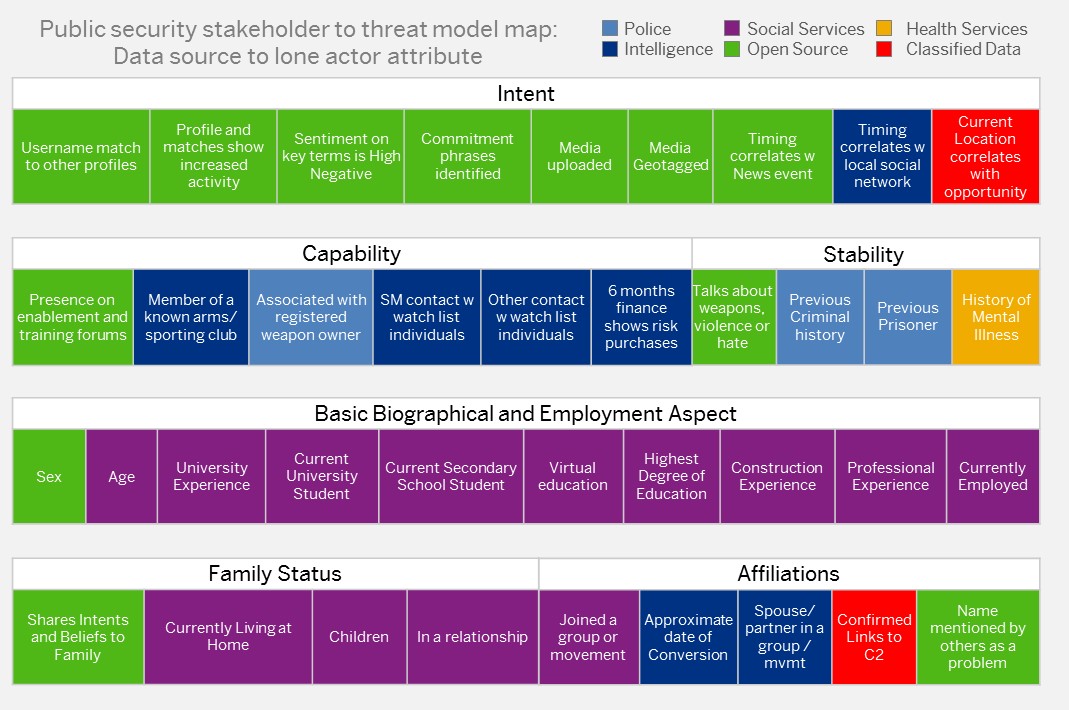 SAP has been a global leader in complex, high speed transactions and analytics on which national logistics and operational defense has been dependent for more than 40 years. Innovation has always been part of the ethos behind the applications that drive businesses, citizens, and nations that use them. Today starts a new era where SAP provides breakthrough capabilities in sensing from any device, fusing machine learning with in-memory integrated analytics visualizations, and adapt to the opportunities and threats today and on the horizon.

Click here to join our call to action and together we will determine how to counter emerging threats and evolve Public Security through Digital Transformation.

Dont Forget to use the 'Join our call to action' link to download the Risk Report Document.

This really highlights the challanges that all law enforcement and security agencies face, in fact I would say it is vital for all organisations both Private and Public Sector to look at the challanges that all form of threat - Criminal or Terrorist, the lines are becoming increasing blurred - are posing and what needs to be activated in terms of proactive protection. It highlignts the key aspect which will be the spped that we can assess data and that means facing the challanges of interopability at all levels to keep ahead of a threat that will continue to accelerate in its technical capability....