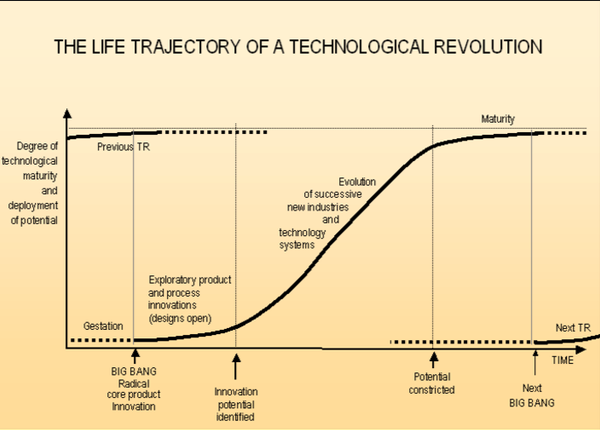 SAP and Google are running what can best be described as an “X Factor” competition for applications that use both HANA and the Google Cloud.

If work is going crazy, you are busier at work than ever before, and you have just had one of the worst crises in your life, and you are already overloaded with non-work commitments, to quote the man of a thousand voices, Keanu Reeves, “What Do You Do?”

In addition I volunteered to be a judge on the SAP/Google “intelligent app” contest.

You have till the end of July to register. You have to sing a song in front of a panel of judges who cannot see you and then they turn around if they like you … hang on, that’s not correct. In fact you have to build an “intelligent” app using HANA express and the Google Cloud Platform, and it has to be earth shattering. How difficult can that be, so go on, create such a beast.

The winners will be announced at SAP TECHED Las Vegas, where I will be, wearing my SAP Mentor shirt, if it (a) arrives and (b) is large enough to be wearable by a human being. That’s a very obscure joke, this year’s Mentor t-shirts, due to a manufacturing error, came out only big enough to be worn by people who are six or seven inches tall, which is not the majority of Mentors.

Anyway, let us get back on track – just in case you have not heard of HANA Express, this a version of HANA you can download to your laptop – with no licence fee up to a certain amount of memory. Here in Australia, just before Ariba Live, there is a series of “code jams” in the major cities to try and teach people about this – I am going to one myself.

As we all know the benefit of HANA is to not only perform existing tasks at lightning speed, but more importantly to enable totally new tasks that were deemed to be impossible before. I can at this time reveal a sneak peek of the SAP planned roadmap in this area – after “SAP HANA Express” becomes successful, they are planning to launch “SAP HANA Trouser Press” which will be useful if you are in a hotel and need your trousers pressed in a fraction of a second.

Intelligent Elephant App, and Nellie was her Name

Now, how would you define what an “intelligent” app actually is? There are as many definitions of what makes a computer program “intelligent” as there are stars in the sky – plus one more. However as that extra definition came from Jock McMad, the Mad Scotsman, winner of the all Scotland mad contest 2017, no-one pays much attention to that one.

However you define it one thing is clear – ever since the second world war there have been two concurrent projects by various computer type people all around the world:-

What do I mean by that? Let me put it another way – in the technology world we have been somewhat spoiled by “Moore’s Law” in that we expect things to become twice as good as they were the year before. That has become the de facto benchmark so if some piece of technology is NOT getting twice as good every year we get all offended, and the manufacturer thinks they had better increase the rate of innovation/improvement or they will be stuffed.

S Curves in all the Right Places

At the start of this blog is a diagram showing the infamous “S Curve” which is supposed to describe every technology innovation thus far. One example might be rockets. The idea has been around for ages, gunpowder was invented a very long time ago, and the idea of propelling things into the air, as well as into people in order to kill them followed soon after.

The technology got slightly better very slowly over hundreds of years, and then during the Second World War it went into overdrive, as can be seen on the opening credits of “Star Trek : Enterprise”, and the learning thereof enabled the technology that twenty years later made the moon landings possible. It has to be said the people of London did not think very much of these experiments that improved the rockets.

However if a rocket was launched tomorrow to go to the moon, fifty years after the first landing, it would not be that much better, rocket wise, and would take about the time length of time to get there. In other words the S curve of rocket technology was a slow increase over a very long period, followed by a short period of extreme innovation, followed by an almost imperceptible improvement in the following years. This is the S Curve.

Thus far it could be argued that almost every technological innovation has followed this pattern – after a while things level off e.g. a flat screen TV might seem to be a big jump, but it is still fundamentally a TV. What about Moore’s law I hear you say? Well, ever since the doubling of computer power every 18 months started, people have been saying that this cannot go on and will stop shortly because of physical constraints. It has not actually stopped as yet, but it could be said this is just a really long stretch of the S curve which is “bound” to level off due to information not being able to travel faster than light and what have you.

Many years ago (about 1989) I read an article where a scientist proposed a solution to the upcoming end of Moore’s law (which did not actually end then, and still hasn’t). He noted that the maximum speed of computers was limited by the laws of physics. He therefor proposed building a computer in a universe where the laws of physics did not apply. My best mate described this as the best example of “thinking outside of the box” he had ever encountered.

Let us just say, for the sake of argument, that we have in fact come to the end of Moore’s law, and if so, then computer development will have followed the traditional S curve, just at a slower rate than usual.

This is the hardware aspect. Software however does not live in the physical world so much, in many ways it is more of an abstract concept, transferred into the real world as a string of ones and zeroes.

Going back to the Second World War, in Bletchley Park Alan Turing was already thinking about artificial intelligence in computers, as a means to crack the German Enigma Machines. I don’t think the researchers at Bletchley Park got anywhere near what today’s researchers would consider AI, but they were thinking about it, which is of course the first step to solving any problem.

Jack S never did anything, but Jack Good started talking about the “singularity” which is when a computer program becomes so smart it can start to improve itself, and because the feedback cycle for computers never stops. After it got smart enough it would work out how to increase the rate at which it made improvements to itself, thus it would then get smarter and smarter at an ever increasing rate, until it became self-aware and started sending robots back in time to kill peoples mothers. Actually I am not so sure he said that last bit, but his conclusions can be paraphrased thus:-

With artificial intelligence, the improvement curve will not be shaped like a letter S, but more like the letter “J” – a very slow start just like a normal S curve, but once the upward trajectory starts, it will never stop and indeed accelerate.

Once, Twice, Three Times a Lady

You hear a lot about AI and machine learning these days (e.g. SAP Leonardo Mutant Turtle) but you might not be aware this is the third time in recent history (1950+) that people have got all worked up about this. The language LISP came out in the 1950’s for example and that was designed to be self-adapting.

This time though the consensus is “third time is a charm” and almost every company is going crazy trying to add artificial intelligence / machine learning into their software systems. It looks like this time, it’s here to stay.

So, not to worry you too much, but it looks like before you know it machine intelligences will be able to do any job better than a human, and we will all lose our jobs, and starve to death, and that is the end of civilisation as we know it. On the bright side, at least it is not raining.

On a more prosaic note I follow the “Robot Olympics” every year, and no matter how “intelligent” the mind behind the robot is, it is going to need to do things like be able to get out of a car, or walk along an uneven surface without falling over, something the current wave of robots are finding an insurmountable obstacle. A journalist watching the contest – which involved driving and parking a car (easy), getting out of the car (virtually impossible), walking up the driveway (medium), opening the door (difficult), walking across a rock strewn floor without falling over (virtually impossible), cracking the safe on the wall (easy) opening the safe (very difficult), taking out the contents (very difficult) and the retracing the journey.

As can be seen what a human finds tricky (such as driving a car, or cracking a safe) a robot finds easy and things a human finds easy (getting out of a car) a robot cannot currently do. At this point I bet you are saying “a human finds it easy to drive a car” but if that is true, how does it explain the driving behaviour I see in Sydney every day?

Getting things back into perspective for a moment, every big innovation has been called out for being the end of the world, for example Socrates did not think much of the new idea of writing things down as he reasoned that this would mean you did not have to remember as much, so your memories would not be much good any more. I myself have to write down every “SAP is broken, fix it” request I get (by phone or in person) otherwise I will forget it so he was right.

Realistically we are still at the stage where there are so many convoluted difficult processes humans have to go through – be it in their private or business lives – so that the world is in fact crying out for “intelligent applications”, which brings as right back to the SAP/Google “intelligent app” contest, after a massive bit of waffling about the nature and history of artificial intelligence.

I find it difficult to believe that creating such solutions using HANA Express is going to cause civilisation as we know it to end, so as a result I cannot wait to see the entries in this competition!

As I mentioned I am a Judge for this competition.

Judge Dredd would say “I’m Judge Dredd and you creeps are under arrest”.

I am going to say “I’m Judge Mentor Number 180 and you creeps are HANA Express and the Google Cloud Platform”.