On 11th of July 2017, SAP Security Patch Day saw the release of 10 security notes. Additionally, there were 2 updates to previously released security notes.

List of security notes released on the July Patch Day: 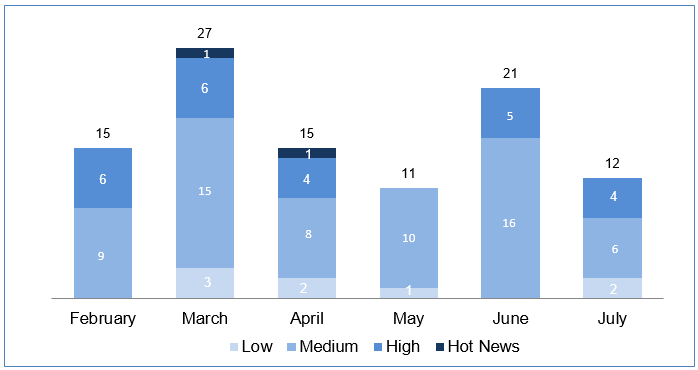 Customers who would like to take a look at all Security Notes that are published or updated after the previous Patch Day see: https://support.sap.com/securitynotes -> All Security Notes -> Filter for notes which have been published after 13th June 2017.

If there isn't perhaps there should be. It's all very well that we keep our systems patched but we need to know about these high risk issues first and that can only be done through effective communication. I'm not sure a once a month list is effective for high priority security ? ...perhaps someone else can comment.