We deliver the SAP Cloud Platform SDK for iOS as binary Swift frameworks. Unfortunately, up till today Swift frameworks are not binary compatible across Swift versions (https://swift.org/abi-stability/). Within the same major Swift version, at least the source code hugely remains compatible, i.e. code that is compiling with Swift 3.0.1 should also compile with 3.1.

Swift versions are tightly coupled to Xcode versions. E.g. Xcode 8.2 used the Swift 3.0.1 compiler, Xcode 8.3.x uses the Swift 3.1 compiler. Xcode 9 uses the Swift 4 compiler, but also supports a Swift 3.2 mode to ease the transition from Xcode 8. To make things more confusing, binaries compiled with the same Xcode 9 and Swift compiler do work across Swift 3.2 and Swift 4 (think of Swift 3.2 as a compatibility mode in Swift 4, not really a Swift 3.x language version).

On SAP Store, we post recent versions of the SDK at https://store.sap.com/sap/cpa/ui/resources/store/html/SolutionDetails.html?pid=0000014485

On the SAP Marketplace, we have the full archive at https://launchpad.support.sap.com/#/softwarecenter/support/index (and search for ‘SAP Cloud Platform SDK for iOS’) 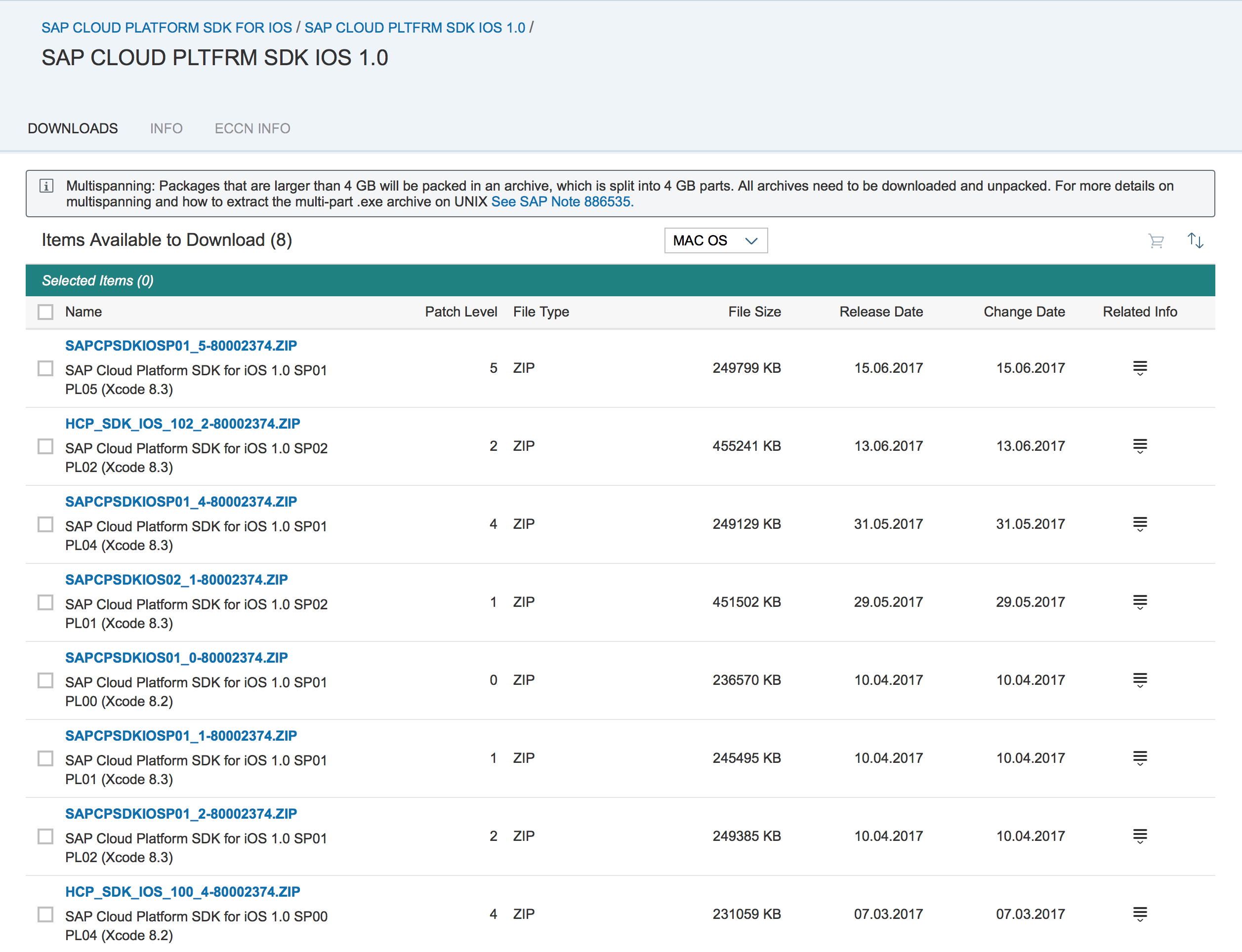 The versioning of the SDK itself follows SAP conventions; we have major version, service packs, and patches.

In order to support adopters of Xcode beta versions in the time between WWDC and September, we do also post builds of the current recent in-market SDK that are built with the current Xcode beta version. These come with the same restrictions as Xcode beta itself when it comes to (non-) productive use, but it helps to adopt, test, and prepare for the new iOS

It is important to realize, that there is no one-to-one relationship between Xcode version and iOS version. Even though each new iOS version comes with a new Xcode version that you need to use to leverage the latest iOS SDK, you can also build for older iOS version using the latest Xcode. E.g., Apple will release Xcode 9 with iOS 11 – and for building iOS 11 apps you do need Xcode 9. But you can also continue to build iOS 10 apps with Xcode 9.

Along the same lines, the new SDK major version that we will release closely around the release of a new Xcode/iOS will support the latest iOS and also leverage new iOS features, but we do continue to also support the previous iOS version as well.

Next year in fall (* assuming Apple sticks to the current pattern):

Hi! Thanks A lot for article. By the way (may be it's an offtop a little bit) are there any documentation or prerequisites (minimal configuration) for device recommendations for iphone ipad using applications with IOS SDK 2?

Sergey - any device running the required iOS version will do for plain SDK for iOS use; beyond that I presume it'll highly depend on your app and what type of things you're doing there, e.g. AR will require a 6s or newer.

Are there any plans for supporting Xcode 10.0 beta? As it seems like, there is no SDK version available which allows us testing new iOS 12 features right now without removing everything related to SAP. This is pretty annoying.

Yes Yannik, we understand the need and are working on it; we anyways need to make sure our stuff will work fine on Xcode 10 later in September. Keep an eye on the download page, we'll publish as soon as we're ready.