Looking back at SAP Mentor Magic Moments from 2010, written by Mark Finnern,  I thought, why not take a look back at last week?

It started with the blog to for call for nominations – the deadline for this round is July 27th.  I also wrote about the BW Connection with SAP Analytics Cloud and SAP Lumira from an ASUG webcast.

It reminded me of the most important part of the community: our people. It made me realise that the platform will continually evolve but we need to find a way to support each other before we lose anymore content quality

They received an amazing 49 comments.  It also reminded me of Matthias Steiner, SAP Mentor alum and SAP Mentor Advisory Board member, and his great video about SCN years ago:

Shilpa Krishnaswamy, a Fellow to the SAP Mentor program, wrote A warm welcome to you – SAP Inside Tracks India 2017.  SAP Inside Track Bangalore, held last Saturday, had registrations upwards of up to 500.  Leon Limson, SAP Mentor and Shilpa helped organize the event.  You can see the agenda here.  More about this later

SAP Mentor Alisdair Templeton shares his knowledge about Getting started with the SAP Enterprise Application Modeler.  Can the business generate their own mobile applications using a “Scratch-like” interface?  Alisdair is also presenting at an ASUG session at SAP TechEd Las Vegas.

On July 5th SAP Mentor Joyce Butler moderated an ASUG webcast with Timo Elliott titled The Big Trends in Business Intelligence and Analytics Webcast.  You can watch the replay here and Timo’s slides are on his site here.  The Q&A was quite interesting and is posted here. 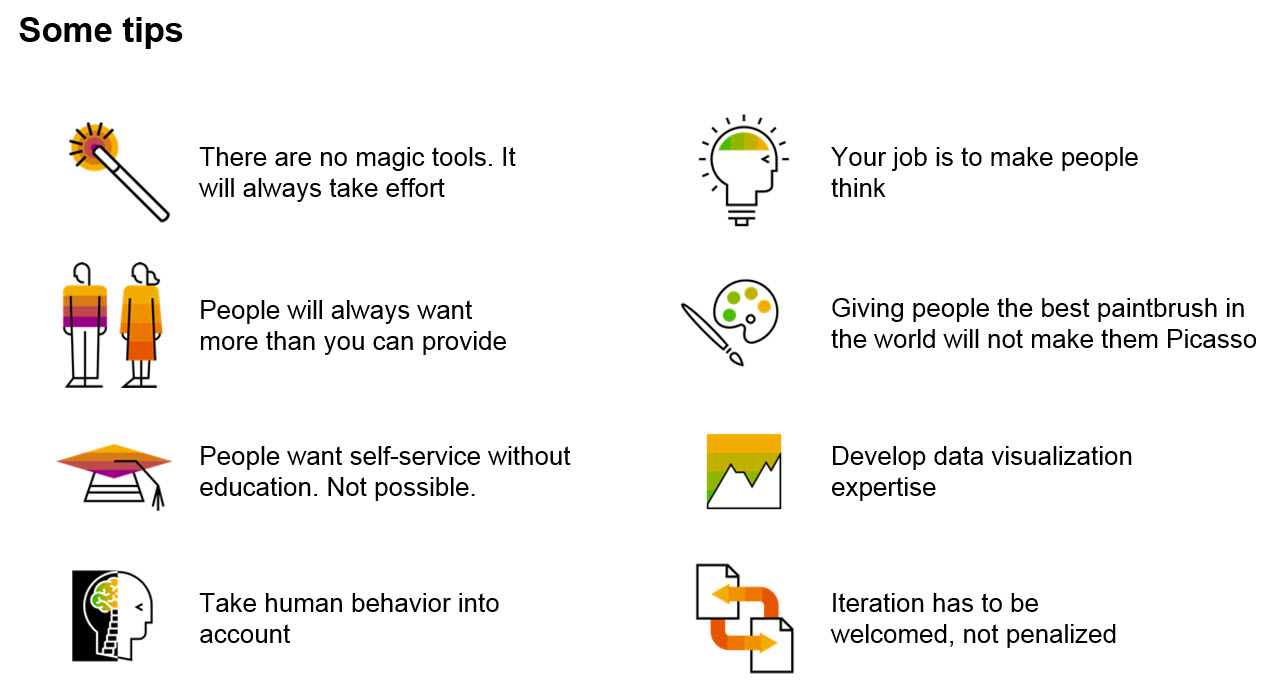 There are so many good points on this slide, in addition to the entire presentation.  ASUG opened the webcast to everyone, so if you missed it you can register here to listen to the replay.

Timo also put in a “plug” for user groups and the SAP Community: Timo also recently wrote this Hey, SCN: What’s Wrong With Marketing? — No, Really… – check it out

I also wrote about SAP Mentor Ingo Hilgefort’s webcast on Visual BI Extensions with SAP Lumira 2.0 last Wednesday.  If you are interested in SAP Lumira 2.0, I encourage you to watch the webcast.

On Saturday SAP Inside Track Bangalore was held.  SAP Mentor Graham Robinson gave the keynote remotely from Australia, with Jason Cao and Ingo Hilgefort on video.  In the past, I haven’t noticed a lot of social media on twitter from India inside tracks, but this one was different with over 150 tweets.  Graham’s tweet about the event was the most favorited:

I hope attendees share their experience about the event.

Also on Saturday, later in the day, was SAP Inside Track Sao Paolo, functional.  The event was sold out, and attendees were active on twitter.   SAP Mentor Raquel Cunha and Marssel Vilaça organized it.

I hope attendees will also share their experience about the event.

These are the moments that I remember.  I am sure I missed some.

What moments will happen this week?

The above is an old “credits” video I received when I first started many moons ago.  Did I miss any other magic moments from last week?

thank you for posting the SAP Mentors Magic Moments and for mentioning SAP Inside Track São Paulo. I still have to write the wrap up, so the event is not over for me 🙂

Just would like to add that the organization of sitSP also had the participation of José Nunes, Bruno Lucattelli, Marcelo Ramos e Marlo Simon. It's a great team.