This year marks SAP Ireland’s first year participating in the Dublin Pride parade. The attendees began gathering at 11am, and the march started off at 2pm. It was estimated that over 30,000 took part this year. The sun was out for the entire duration of the day, an extremely rare weather pattern that we in Ireland are wholly & utterly unaccustomed to. As a result, spirits were high and everyone was in rare form, both those marching & those watching alike. 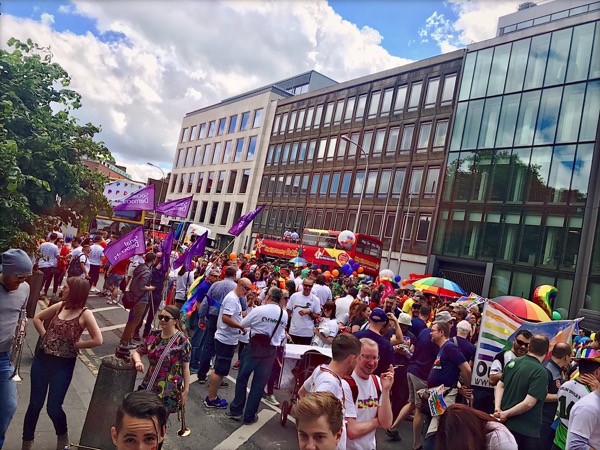 The parade took in a different start & end point to the previous years, starting off at St Stephens Green, passing down by the Liberties & Christchurch Cathedral before finishing up at the Pride Village in Smithfield Square. The view of the crowds from High Street as we descended past the Brazen Head towards the Liffey was fantastic. Hugely encouraging to see everyone waving & cheering from the sides of the road as we passed by. 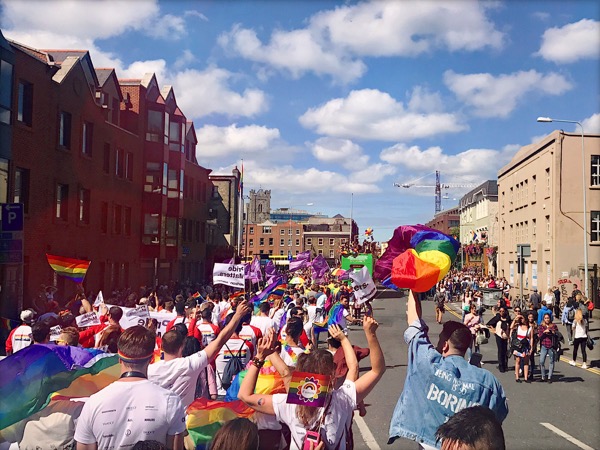 We wrapped up at the end of the march at the top of Smithfield, just enough time for a final photoshoot before heading into the Pride Village. 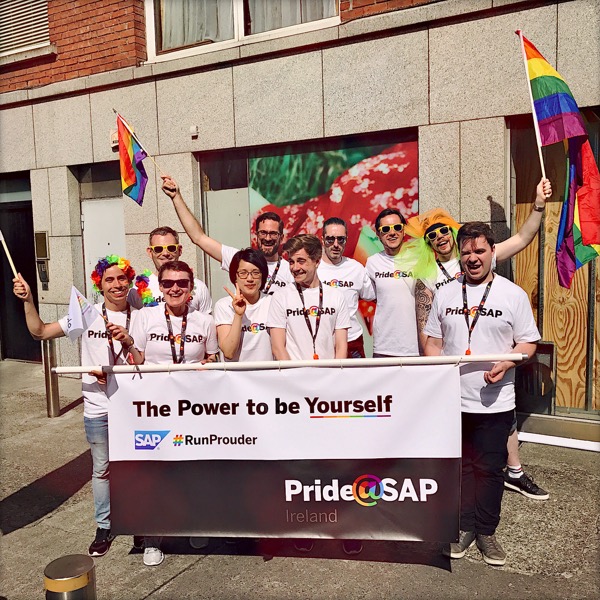 Added bonus for getting this far: cute puppy Thanks to everyone for taking part, and helping SAP Ireland become a part of celebrating diversity & equality here in Ireland. 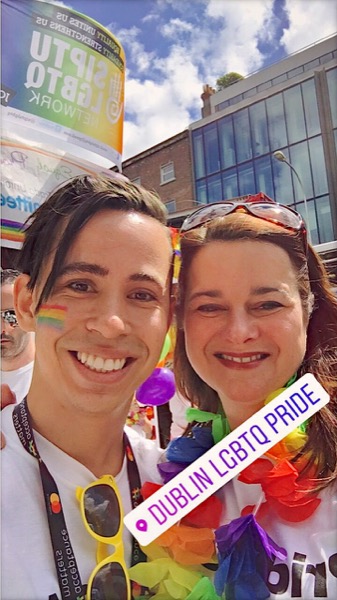 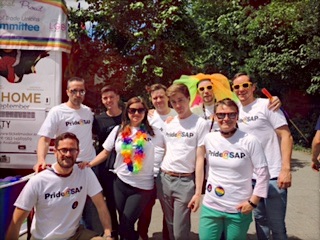 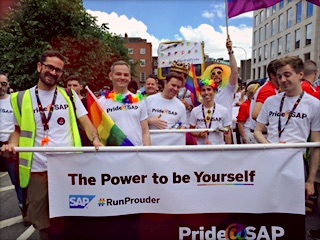 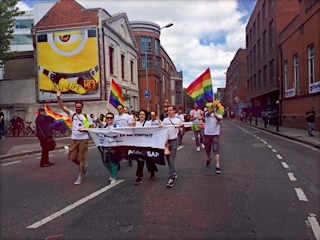