Yesterday I posted this blog about abapGit.

Immediately questions were asked about how abapGit related to SAPlink. This post is in part a response to those questions.

Rather than thinking in terms of whether you should be using SAPlink or abapGit I would like to suggest that abapGit is simply the next generation in the SAPlink family.

SAPlink has had a very important part to play in enabling developers to share ABAP code outside the constraints of the SAP change management tools. When SAPlink first appeared and won the very first SAP DemoJam it opened up a world of new possibilities for ABAPers – and a scary world for one large software vendor.

It was not just that we could now serialise our ABAP code and share it with others – although this capability highlights that abapGit is a direct descendant of SAPlink. What SAPlink did was to bring the world of open source to the ABAP developer in two important ways. Firstly, SAPlink was an ABAP open source project itself – this was unheard of at the time. Secondly, SAPlink enabled the type of code sharing collaboration that is the foundation of all open source projects.

For this we owe the original contributors, Ed Herrmann & Dan McWeeney, a huge debt of gratitude. I miss those guys.

And we owe a further debt of gratitude to those that jumped on board and contributed to SAPlink, built SAPlink plug-ins, reported and fixed bugs, tested and provided feedback, initiated and contributed to new ABAP open source projects. We also should acknowledge the efforts of those who advocated for and established a proper home for these collaborations – it was known as SAP Code Exchange. Also to those who made constant submissions to the powers at be at SAP to help them understand what open source projects meant for ABAP and why it was a good thing. And no less importantly the too few insiders that got “it” and worked just as hard inside SAP as those outside to help SAP get “it” too. We will call them the Revolutionary Undercover Insurgents (RUI) even though it would be wrong to assign a single name to them. 😉

In 2017 it is easy to forget how scary open source was for the big software vendors only a decade ago. It still is in many ways, and for many people, but it is here to stay and organisations like SAP are now big contributors in their own right.

I have been trying to motivate ABAP developers to constantly update their skills for the best part of the last 20 years. It still frustrates me when I see smart people doing dumb things because “that is the way we have always done it”. SAPlink was a key tool that helped us realise that there is a big wonderful and interesting developer world outside the SAP walled garden. It helped us meet and collaborate with our peers. It removed artificial limitations on what we can do. It showed us how other developers work. What tools they use. How to improve productivity. How to write better code. In many ways it opened our eyes. It motivated us to be better. It motivated abapGit.

In it’s ability to serialise and de-serialise ABAP artefacts abapGit is a direct descendant of SAPlink. It also enables seamless integration with Git repositories with inbuilt support for staging, commits, branching, etc. If you use a Git service such as GitHub you also get the benefits of any additional features and functions built into that service along with any complimentary solutions it supports.

abapGit is standing on the shoulders of giants. 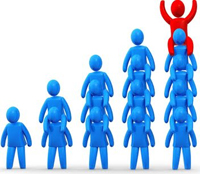 The king is dead, long live the king!

thank you for this wonderful blog!

... standing on the shoulders of giants.

... many tools stand now on the shoulders of SAPlink and abapGit.