24 teams of students aged 10 to 16, 35 teachers mentors of the teams, over 20 colleagues volunteers from the Lab, external guests, media, robotics competition and games – all of this guaranteed a lot of fun and emotions during the second “Robotics for Bulgaria” festival. After the event one of the students told to his teacher: “Miss, please make sure I can stay in the robotics team for the next school year! I promise do all my homework, to study hard, never be late for any practice of the team, whatever is needed to participate again in this festival!” That statement summarizes the enormous motivation of all the children who participated in our program “Robotics for Bulgaria” and in the festival as part of it. These are students from all over the country – large and small cities, even villages with 300 inhabitants, and for some of them that was the first of a kind experience.

“Robotics for Bulgaria” is one of our biggest CSR initiatives in the last years. The program was launched in 2015 and aims to stimulate the interest of students in science and technology by providing the necessary conditions for creating LEGO robotics school teams. At the beginning of every school year we select mentoring pairs, teachers from the same schools. The future mentors are trained by our colleagues who have years of experience in mentoring LEGO robotics teams. The teachers receive also virtual support and feedback from our colleagues during the whole school year. The program “Robotics for Bulgaria” also provides the equipment for each approved team – a programmable LEGO Mindstorm educations module 45544 and a practice field and assignments. 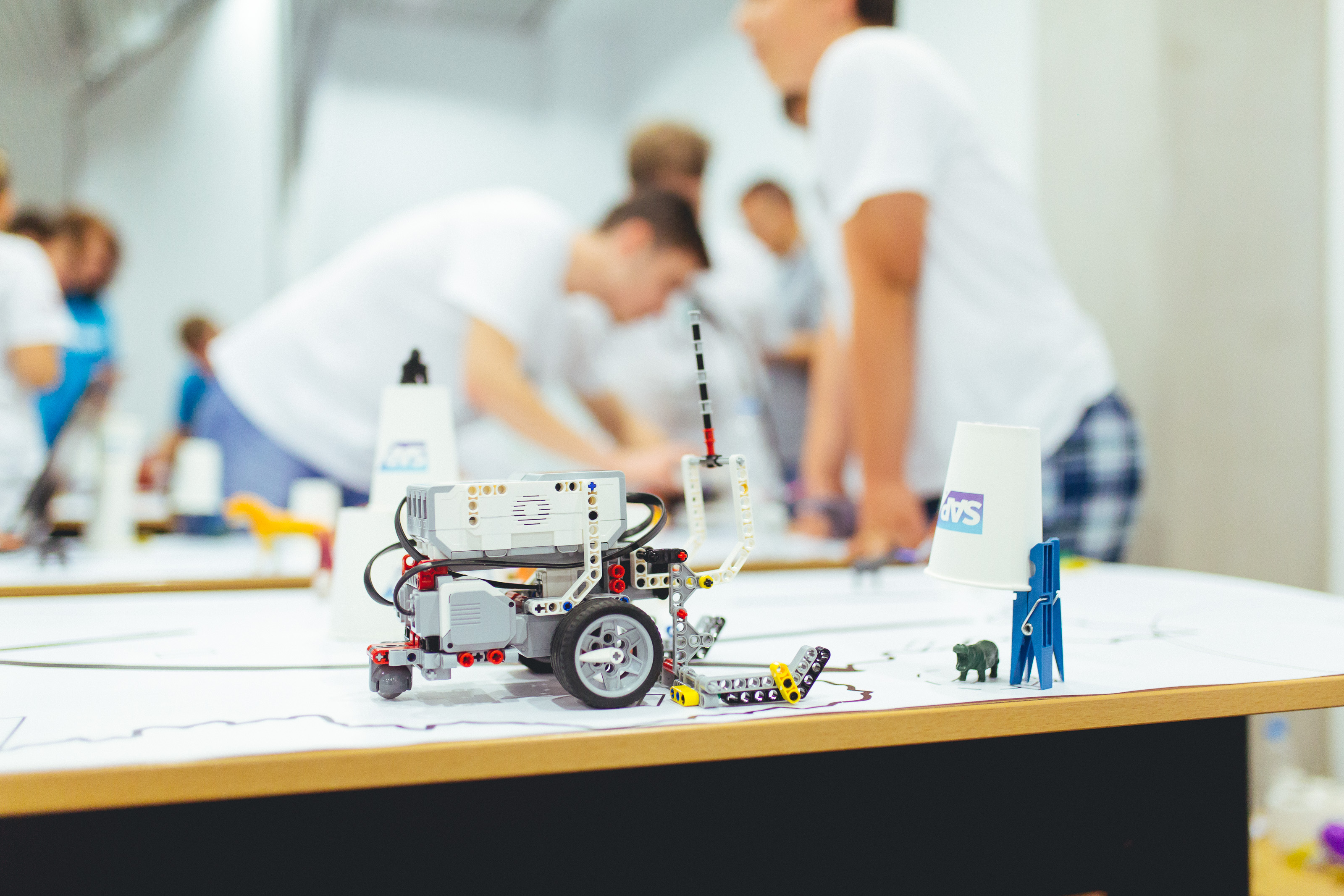 A competition with the robots was part of the festival

For two years we trained 72 teachers, gave 34 Lego Mindstorms EV3 and reached more than 500 students in 36 schools in 21 cities and 2 villages in Bulgaria. The festival “Robotics for Bulgaria” is organized at the end of the school year and aims to give the students the opportunity to show what they worked on in the past months. At the event, they could see what the other teams did and to exchange experiences and ideas. The teams who participated in the festival presented their project, their team and their robot in front of a jury. The evaluated topics were robot design, robot game, teamwork and project presentation. The jury was formed by former FLL participants and representatives of SAP. Part of the festival was also a competition with the robots. For the best students were prepared prizes and certificates, the mentors of the teams received special certificates for their participation in the program. All students received medals for participating in the program and two of the teams won the big awards for the best team in their division – during the festival the teams were competing in two separate divisions. Bulgaria as country has no longer FLL license for general competition but with this program we aim at keeping the spirit, spreading the knowledge and preparing the soil for going back in the FLL format and family. 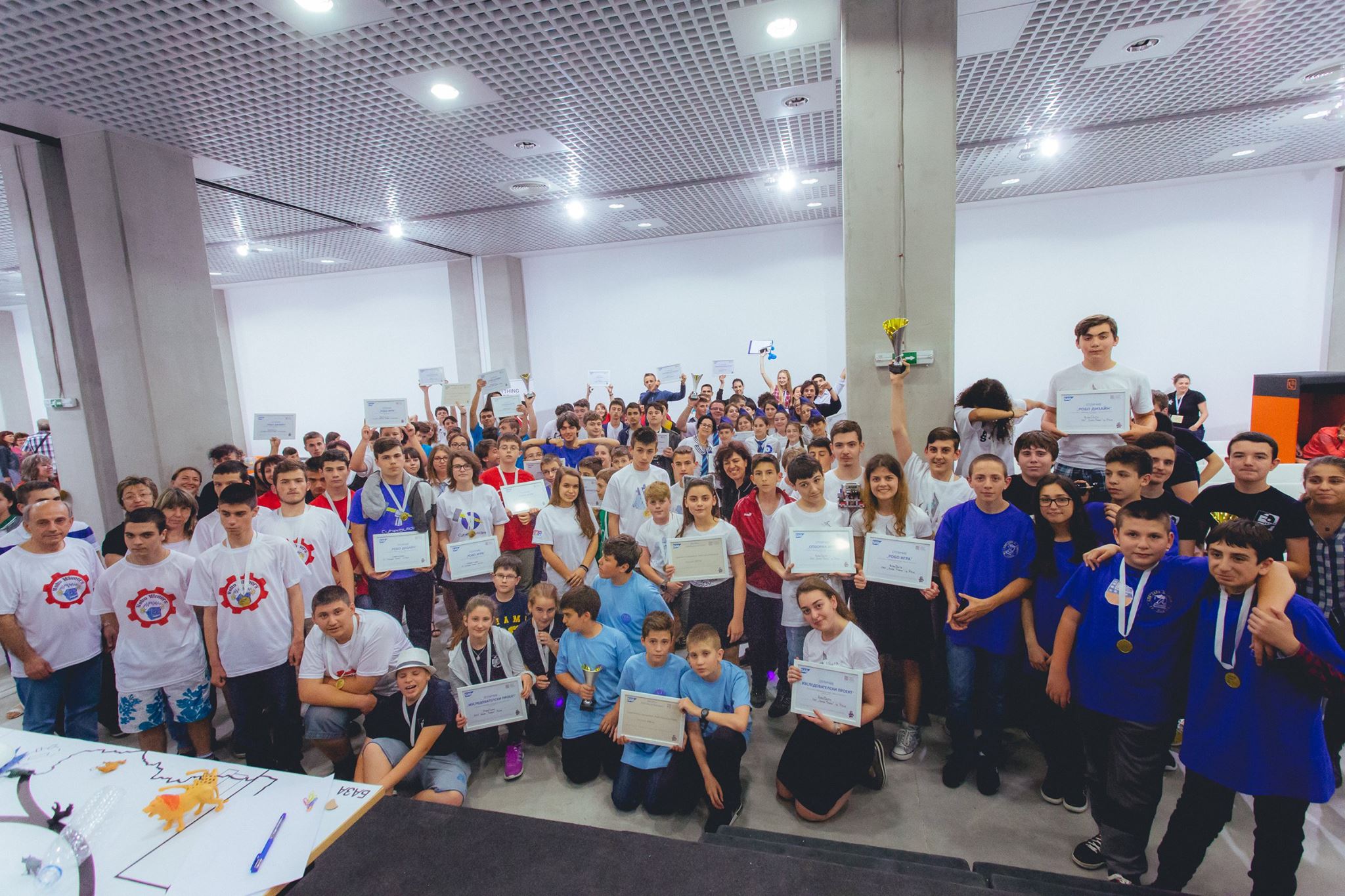 “The CSR Program “Robotics for Bulgaria” turns out to be one of our most successful initiatives. We have found the right formula to reach the motivated teachers and through them to the students in the whole country. This way we motivate the young people to develop programing skills, strategic thinking, skills for mechanics, constructing and team work, as well as we support them in their interest in STEM (Science, Technology, Engineering and Mathematics)”, says Monika Kovachka-Dimitrova, lead of “Robotics for Bulgaria” program and CSR Lead in SAP for Bulgaria.

Over 20 SAP colleagues and some of their children volunteered in organizing the festival “Robotics for Bulgaria” – facilitators, judges, members of the jury, hosts of the teams. All of them left the event really inspired, big “THANK YOU!” to all! 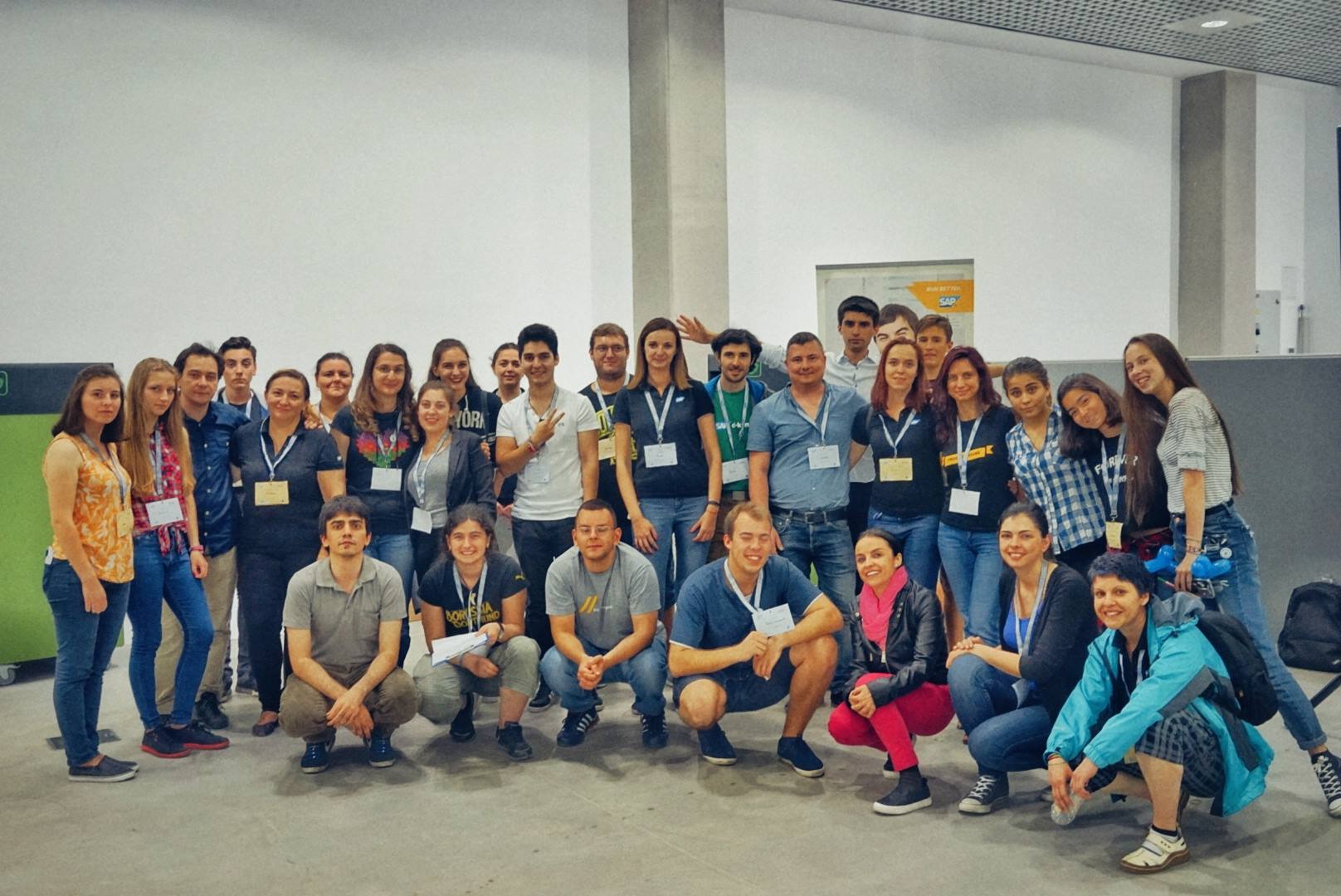 SAP volunteers and friends, who helped with the organization of the event