We would like to start with a quote “Vasudhaiva Kutumbakam” is a Sanskrit phrase (वसुधैव कुटुम्बकम) found in Hindu texts such as the Vedic scripture MahaUpanishad, which means The World is One Family”.

The statement is not just about peace and harmony among the societies in the world, but also about the truth that somehow the whole world must live by some rules like a family. Just by contemplating this idea and by at least trying to live by it and practice it in our lives, we could make this world a better place.

This article is a piece of our research work under the mentorship of Mr. Paul Hawking that includes finding various data source, data analysis, and Visualization with the help of SAP Business Object Cloud platform. This research work was a challenging work to collect the authentic data and understanding the reason for refugee crises around the globe including Boat arrival from Syria, China, and other countries. This research work was more than just a data analysis project, in real it was more human, political and the developed countries response to this refugee crises.

We were introduced to the SAP business object cloud platform tool in our business analytics program. We decided to analyze the dataset on SAP Business Object cloud about the refugee crises, origin and destination of refugee, refugee situation in Australia and the world, causes and reasons behind refugee crises and the reality of refugee in Australia.

A refugee is someone who has been forced to flee his or her country because of persecution, war, or violence. A refugee has a well-founded fear of persecution for reasons of race, religion, nationality, political opinion or membership in a social group-UNHCR

Today’s refugee crisis is the biggest since World War II, and it’s growing. When you are reading this blog, 50 million people had been forcefully displaced from their homes by conflict and war; now the number is 65.3 million. There were 3 million Syrian refugees in 2014; now there are 4.9 million. Inside this overwhelming crisis are the individual human stories — of care, growth, and family, in the face of lost education, lost a home, and an unpredictable and unknown future.

As one of the signatories of the Refugee Convention to the United Nations, Australia has the obligation to protect the human rights of all asylum seekers who arrive here, despite the reasons for their arrival, the places they came from and whether they arrive with or without a visa. This means that no matter whether the arrivals are authorized or unauthorized with a Visa. The Australian government must give them a chance to prove whether they are eligible to become a refugee before removing them from the country (United Nations High Commission for Refugees, 2006). 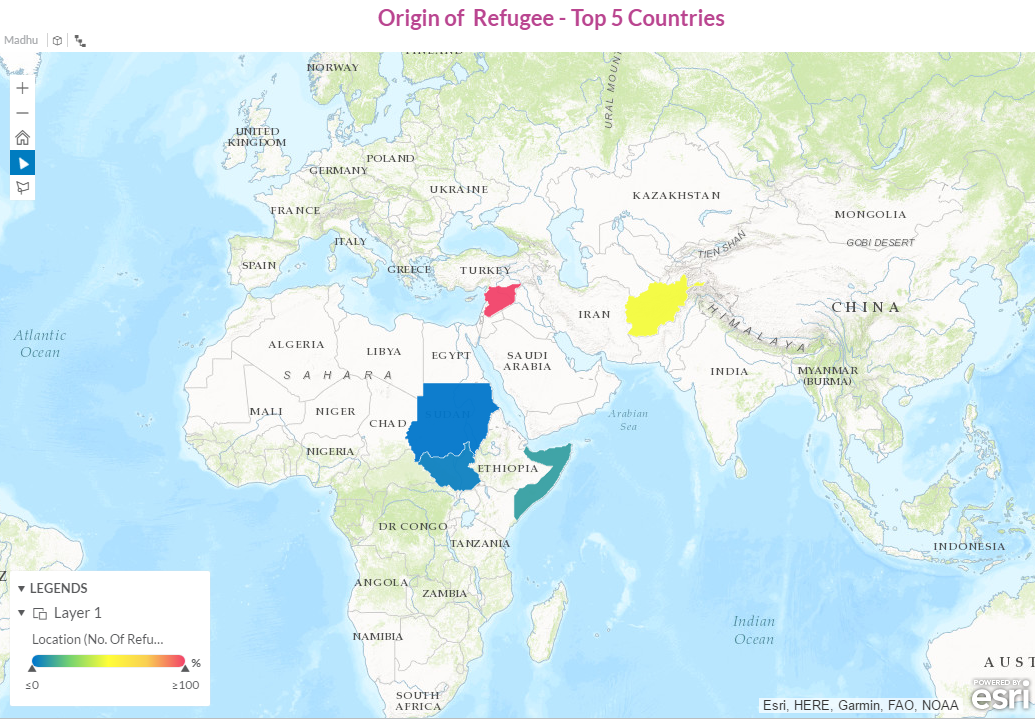 Americans, Europeans, and Australians have the impression that proportionally huge numbers of refugees are coming to their country. But the reality is the 86%, the vast majority of refugees, are living in the developing world. So wealthy country like Australia should recognize the humanity and the generosity of the countries that are hosting so many refugees.

“During 2014, 42,500 individuals per day had to leave their homes and seek protection elsewhere – more than the total number of asylum seekers arriving in Australia in a year”

Developing countries hosted 86% of global refugees, the highest for the past 22 years. Least Developed Countries provided asylum to 25% of the total.

Children under the age of 18 represented an average of 51% of the total refugee population, the highest figure in more than a decade.

Lebanon hosted the largest number of refugees compared to its national population (232 refugees per 1000 inhabitants). More than half (53%) of all refugees worldwide came from just three countries: the Syrian Arab Republic (3.88 million), Afghanistan (2.59 million), and Somalia (1.11 million).

A total number of Protection Visa issued by Australian government department of immigration and border protection was the lowest in the year 2010-2011 (4,417) and lowest rejection was in the year 2011-2012 (557).

The refugee and migrant experience can have a significant impact on both individuals and families, often presenting challenges and hardship due to suffering trauma, loss, and displacement. Without support, asylum seekers are at high risk of becoming disengaged and joining the ranks of the long-term unemployment or crimes. 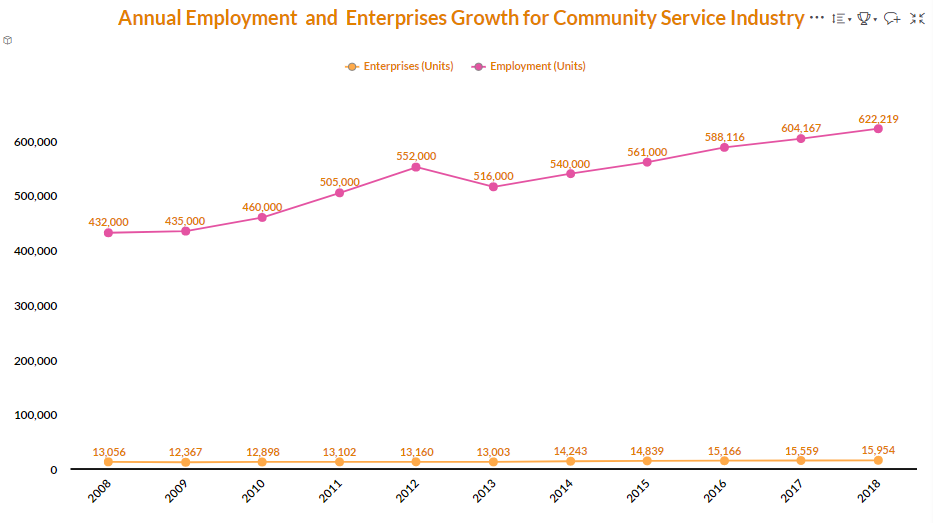 Community services, therefore, sees an uptrend in employment and new enterprises. However, due to the nature of the work which is usually difficult while the wage is comparably lower than other sectors, the increase is slight since organizations are always seeking certified employees in this specialty. 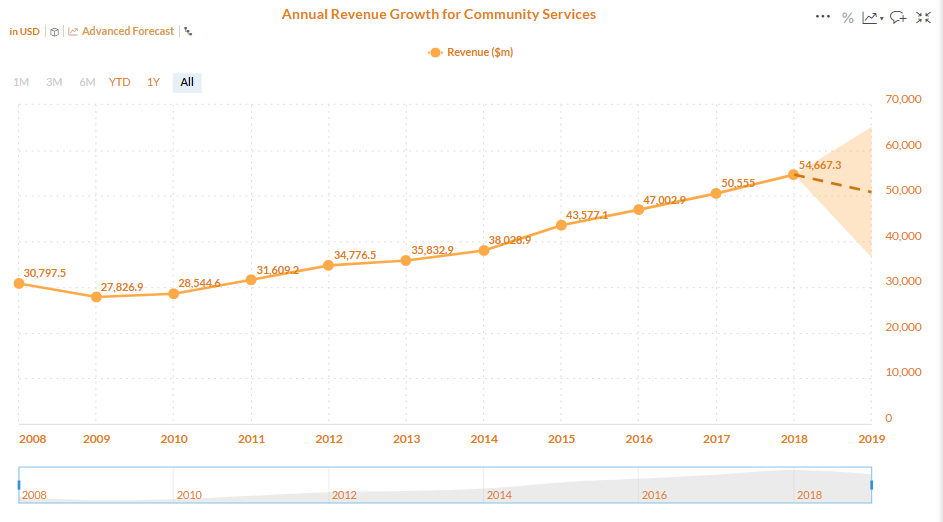 Projected annual revenue growth for community service industry in a year is $ 54,667.3(M) while expected annual wage rate for the same year is $28,585.2(M). That clearly indicates the positive impact of refugees on the Australian economy. 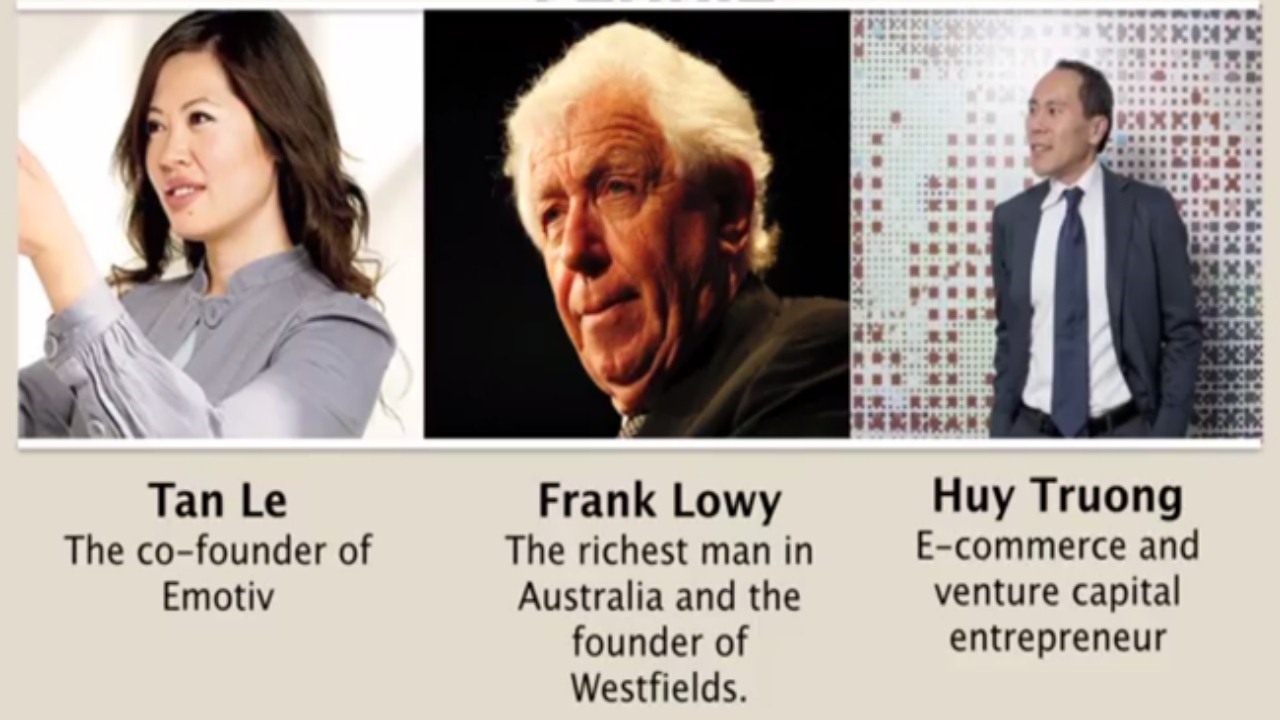 Melissa Fleming, Head of Communications and Spokesperson for the High Commissioner at UN’s High Commission for Refugees (UNHCR), said, not investing in refugees is a huge missed opportunity which leaves them unskilled and uneducated and delay by years the return to peace and prosperity in their countries. I believe how we treat the uprooted will shape the future of our world. The victim of wars can hold the keys to the lasting peace.

In conclusion, we really need a new vision, a vision that enlarges the choices of refugees but recognizes that they don’t have to be a burden. There’s nothing inevitable about refugees being a cost. Yes, they are a humanitarian responsibility, but they’re human beings with skills, talents, aspirations, with the ability to make contributions — if we let them.

Mila Pham (My partner for this work)

Various Internet and the Government sources.

An interesting and well researched article, with come excellent graphics of how refugee numbers and statistics look. Kudos to SAP for making socially important subject matter the starting point for students as well, as it reflects a commitment to community and to resolving some of the more challenging problems we face. I can also attest to what its like living for years with a fear of being asked to leave, of not achieving Permanent Residency, but now running my own company, with the support of partners like SAP, that has become a distant memory. Good work, Madhu.