In BPC NW 10.1, the consolidation is also supported on top of embedded model.

But still, there’re some limitations existed for consolidation on embedded model.

With the release of BPC 11, these limitations have now been removed.

In previous release, some BPC consolidation related configurations can’t be transported via the transportation framework, including:

Although a program was delivered (see note 2415465), by which user can export these configuration from the source system and import into the target system, it is still a workaround other than a solution.

In BPC 11, these configurations now can be transported under the standard transportation framework, like other components. 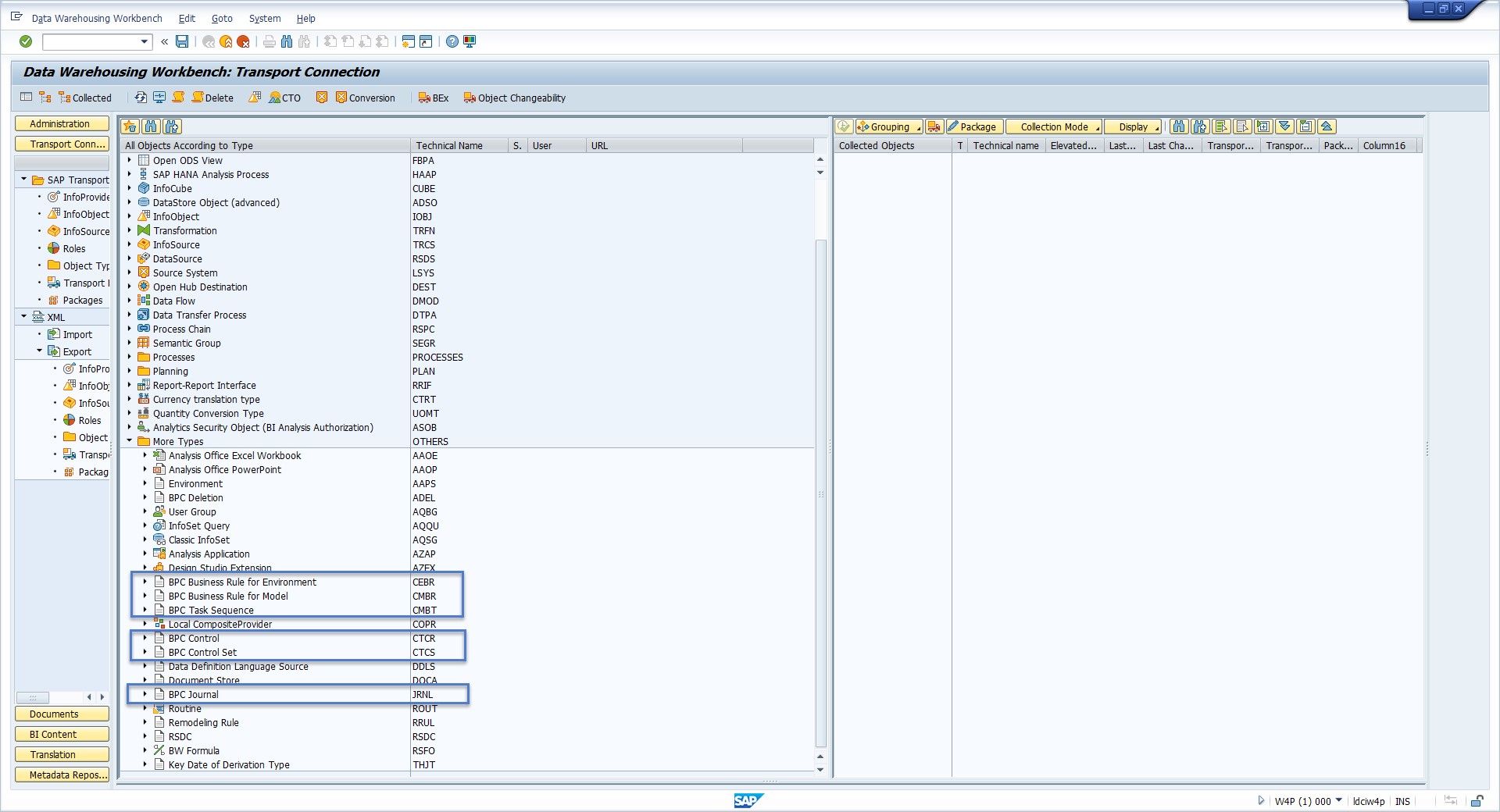 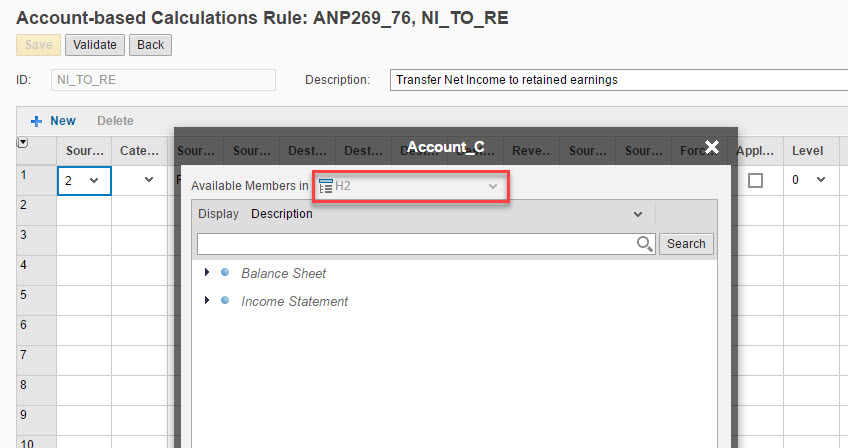 This is not user friendly because using multiple hierarchies is a common practice. Using Account dimension as an example, Elimination and Adjustment rule will use the common hierarchy like B/S and P&L. But for IC Booking rule, it would use another hierarchy in which receivable and payable accounts may under the same parent node.

In BPC 11, such limitation is now removed. User can still assign one hierarchy in the modeling UI.

But that hierarchy will only be the default hierarchy in business rule definition. User can still switch to another hierarchy in the member selector. 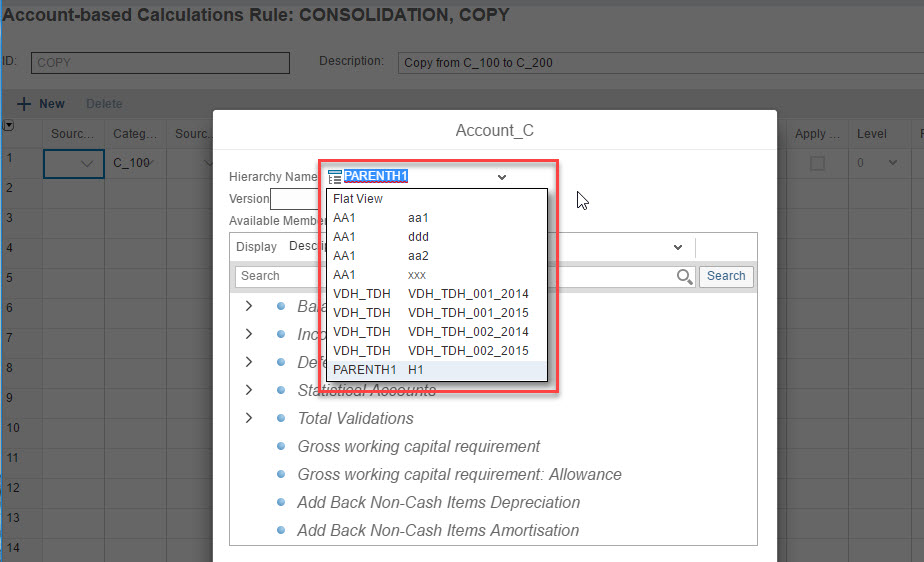 One difference between standard and embedded model is, in embedded model, it’s supported to use compounding infoobjects in the data model.

This is fine for some of the infoobjects, like the Fiscal Year Variant for Time infoobject, the Chart of Account for Account infoobject. But for some other infoobject, such limitation will reduce the flexibility of data modeling, such as Company with Region, Cost Center with Controlling Area.

In BPC 11, such limitation is removed. 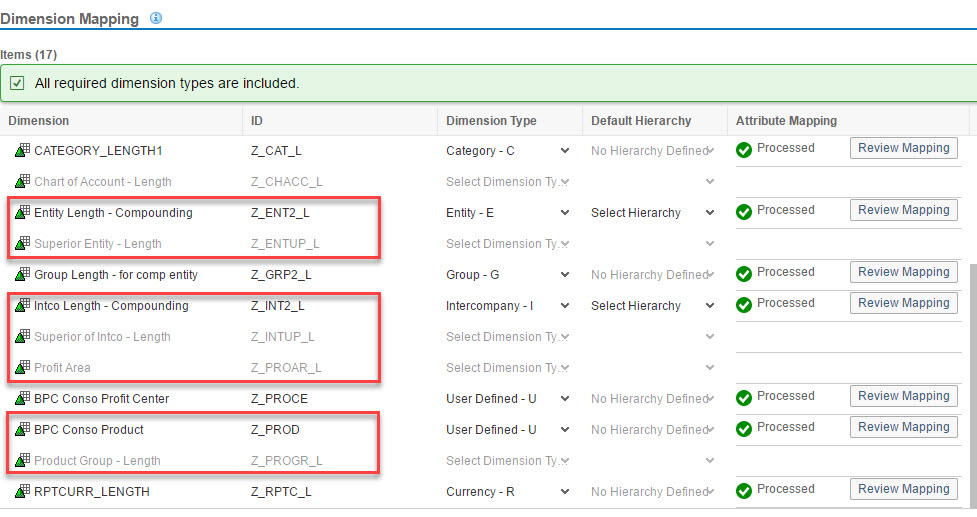 But please notice, for Account infoobject and Time infoobject, user may still need to give a fix value for their superior infoobjects.

US Elimination rule and Matrix Consolidation

In previous release, the business rule US Elimination is not supported in embedded model.

In BPC 11, US Elimination is now supported in embedded model. By supporting this, it is also possible to run matrix consolidation in one single model, by using Elimination and Adjustment rule on entity/intco dimension, and using US Elimination rule on a different perspective such as profit center and partner profit center.

Compare with standard model, there’re some differences in the modeling and configuration.

In standard model, user can decide which dimensions are the entity dimension and the intco dimension for US Elimination. This is assigned in the business rule definition UI.

In BPC 11 embedded model, the setting is different, user needs to define it in the modeling UI instead of business rule UI. 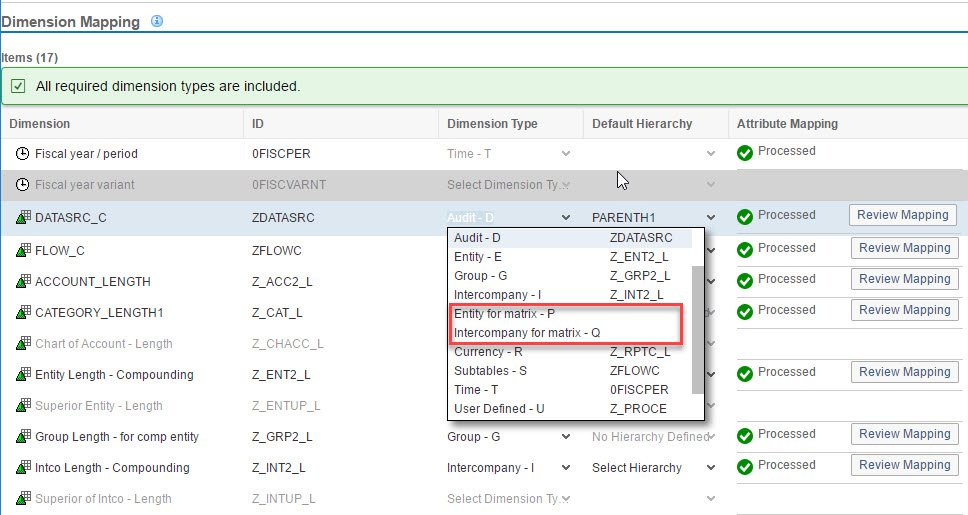 Thanks to provide such good differentiate between BPC 10.1 and BPC 11 for consolidation.

Could I know from when we can use/available BPC 11, because we are planning to go for BPC 10.1 Embedded Consolidation soon.

Please provide information about BPC 11 and also road map for both.

Visit https://influence.sap.com/SAPBPC110versionforSAPBW4HANA and register yourself for Early adoption program or share the link with your customer. SAP provides you a dedicated Early Adopter Project Coach at no additional cost. Pre-Registration Start: May 16, 2017 Registration End: September 29, 2017

With respect to the above functionality I have one quetion how we can transport custom hierarchy created on Account Dimension in BPC 11.1 Embedded version from Dev to QAS ? In classic /CPMB/ object hierarchy was easy to transport but I don't have idea how to deal with this requirement in BPC Embedded version.