Let us consider the following scenario:

Now there is a DCL required to be defined on V5 which is a union view, which should display only authorized records from these 4 views V1,V2,V3 and V4.

So how to deal with such scenarios?

Let us walk through a simple example considering the below objects are defined:

2. Basic Interface views (I – views) on these tables: 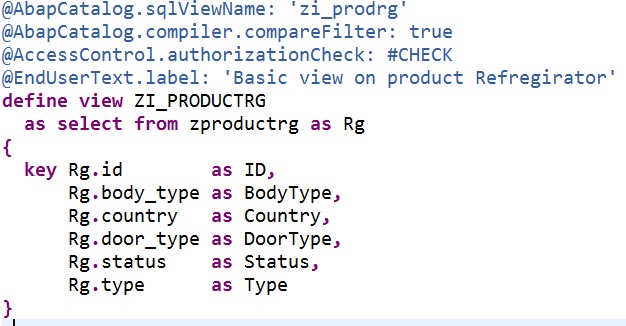 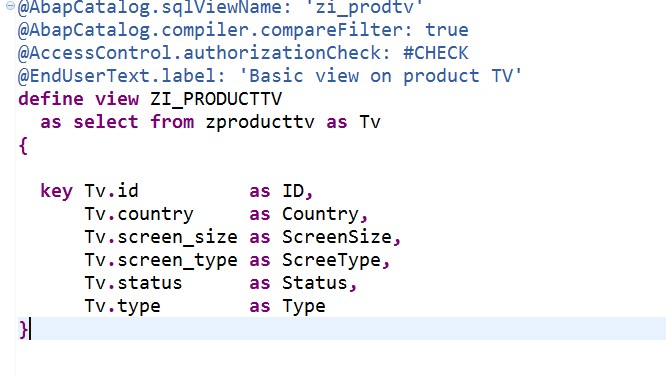 3. A union view on these basic views: 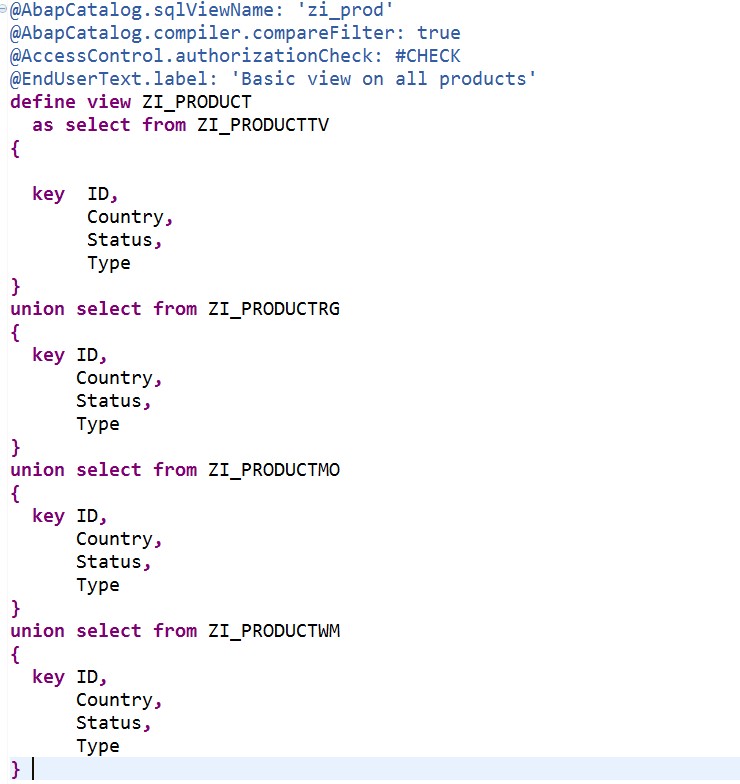 4. There are 4 authorization objects for 4 types of products defined in SU21 tcode as below :

5. A PFCG role is created ZPROD_ROLE with these authorization objects