For this purpose, I have created a Join Data Source between the Territory and the Visits, because the Grandparent information is not available already in the Visits Data Source (or any data source for that matter)

Now, create a report on this Data Source and include these characteristics for the Sales Territory and Parent Territory 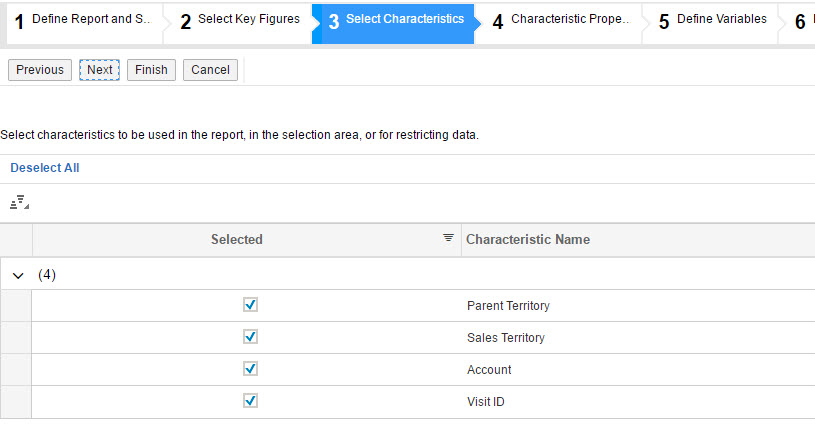 Now, to get the grandparent territory, let us use the Add Fields

Now, you see the Sales Territory on the Visit, its parent and grandparent territories in the same report

How are you? Is it also possible to filter a territory and will also show the sub-territories in reports?