I was trying to understand the Table Comparison options and started my research with Row by Row select option and after experimenting I found these observations.

Table comparison is used to update the target table when source records have been updated/changed. It is used in implementing slowly changing dimension (type 2 and type 3). It will always receive NORMAL input and will generate three opcodes: –

INSERT (I) – When new records have been inserted in source table but not present in target table.

UPDATE (U) – When source records have been updated and those updates in source need to be reflected in target.

It is always connected with query transform as this is the only transform that generates NORMAL opcode.

Based on the opcodes generated by table comparison the target is changed.

How it does the processing: –

What happens when “Row by Row select” is selected?

In row by row select method an SQL statement is executed based on columns defined in Input primary key column section. If we do not specify any column in compare columns section then query is: –

Select * from table_name where C1 = xxxx and C2 = yyyy and so on (based on columns present in Input primary key columns section).

If we specify any column in compare columns section then query is: –

This result then brings the records in Table Comparisons Before Image buffer and compares with the source and if any change found it sends to After Image and result of After Image is send to Target.

In comparison method select “Row by Row select” option. Now it does the comparison. 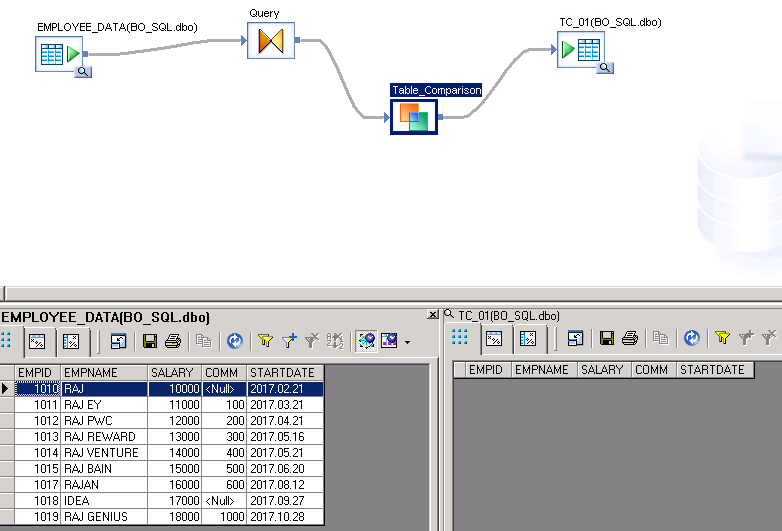 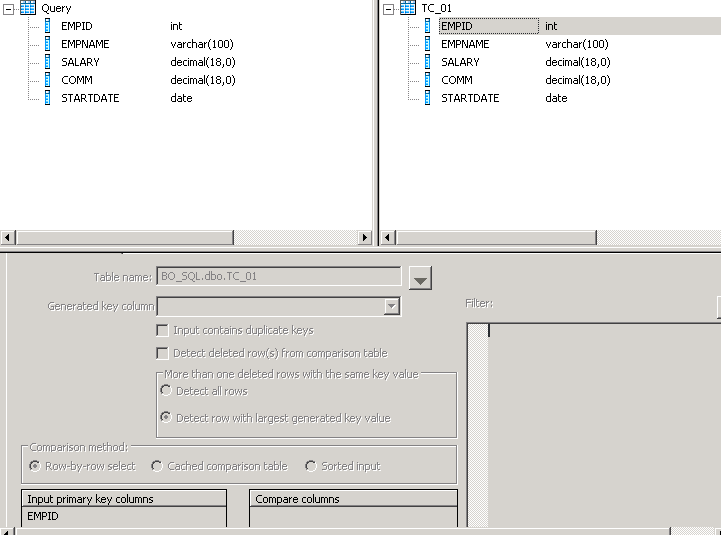 Opcodes I as all records are new based on EMPID (column name which we have defined in Input Primary Key columns.)

Now I truncate the target table.

After executing the job: – And records in target table before execution: –

After executing the job,

How did it processed?

When the job runs, records from target table are placed in before image of transform.

Initially before execution for EMP_ID 1010 target table had EMPNAME as RAJ EY…, for EMP_ID 1011 EMPNAME was RAJ KPMG…. and this EMP_ID is then compared with incoming source records.

It then compares these incoming records with comparison table and generates ‘U’, UPDATE, opcode.

Now of all the UPDATES generated which one will be reflected in Target?

It is always the first UPDATE, for key column define in Input Contain Primary keys, will be sent to target.

For EMP_ID 1010 first update was ENAME RAJ, hence it was reflected in target.

Table Comparison fires an Update statement for the changed row. 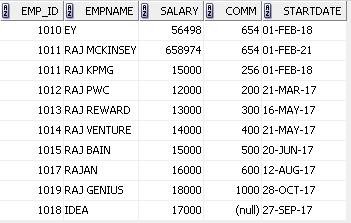 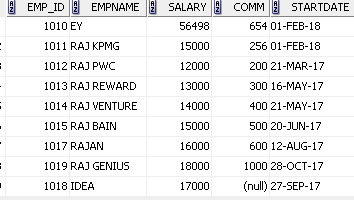 Rows from source are not deleted from Target because we have not checked delete options in Table Comparison options section, hence TC does not checks for delete.

Always where clause will contain the list/combination of columns present in input primary key columns section.

Please correct me if I’ve missed something.