CDS and AMDP have been talk of the town since long time. SAP HANA Developers are trying their level best to try their hands on both of these artifacts. Not to mention they face a lot of challenges while achieving all their reporting requirements using these, which were being done at ABAP layer( SE38 ) previously 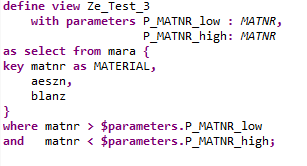 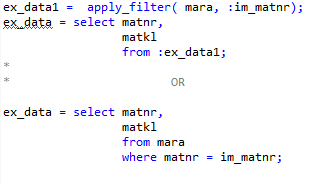 Still there is a lot to explore!

Excellent. I’m an enthusiast with ABAP New Syntax. Where can we get more information on how to create a report using AMDP or CDS?

Although there are a lot of information available over the internet, here are couple of links

which would be helpful to start with:

Please let me know if you need any more help.

How to handle the Select-Options in CDS view?

In short:  select from CDS just as you would from a DB table:

Really Nice Blog ! I want to ask that we can also achieve Select-options in CDS using Table Functions ?