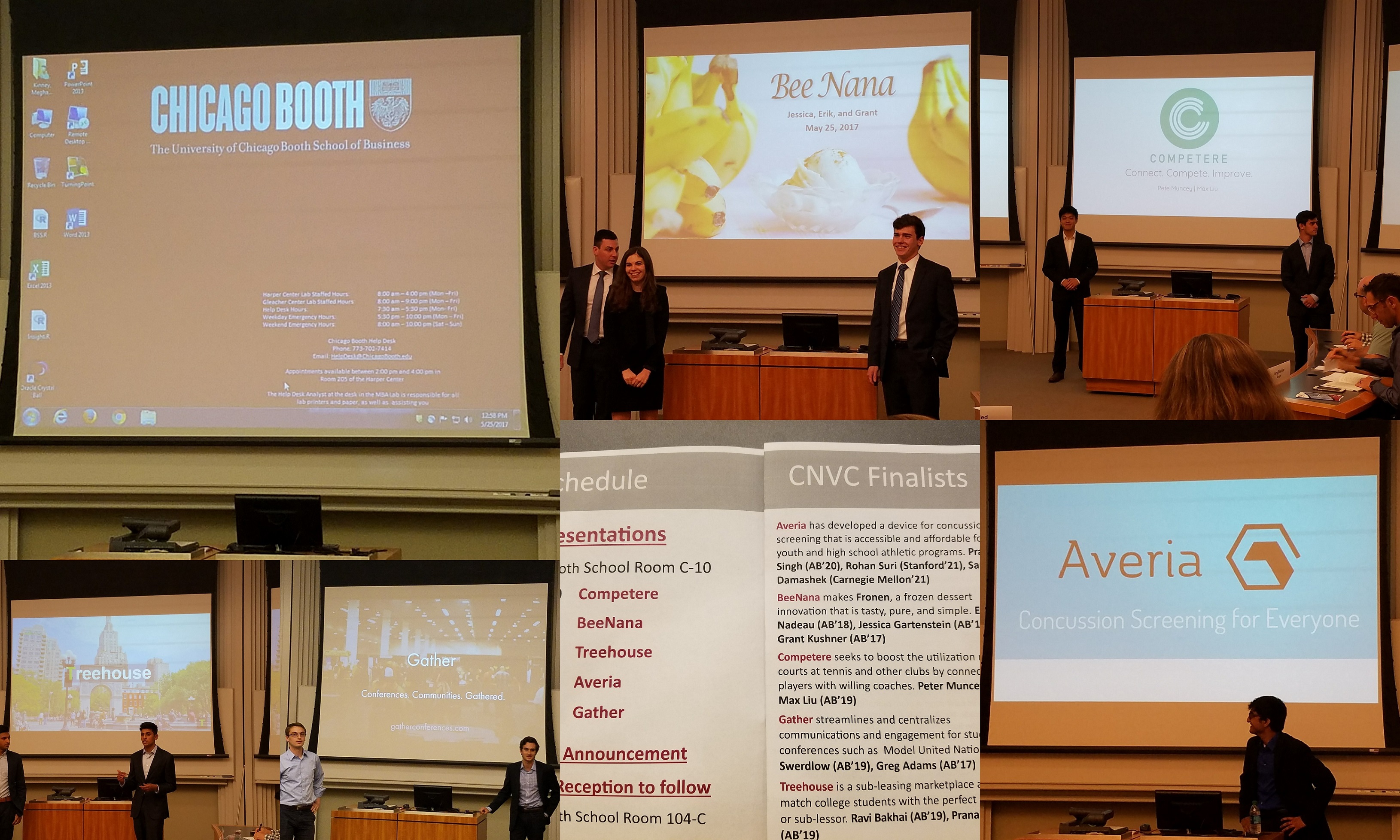 On Thursday May 25th, I had the privilege to represent SAP at the College New Venture Challenge held at The University of Chicago. I was very impressed with the professional presentations and innovative ideas during the day.

Five undergraduate teams presented to earn a portion of the $30,000 prize money. The Finalists are described below:

Launched in 1996, the Edward L. Kaplan, ’71, New Venture Challenge is recognized as the #1 university accelerator program in the nation. The program has graduated more than 160 start-up companies still in operation today and created thousands of jobs for the economy. NVC companies have achieved more than $4 billion in mergers and exits, including Braintree, which acquired Venmo and was then later acquired by PayPal in 2013 for $800 million; Bump Technologies, which was acquired by Google in 2013; and GrubHub, which completed an IPO in April 2014. Today, the NVC is a top-ranked business launch program designed to help student teams turn their ideas into viable businesses.

The College New Venture Challenge (CNVC) is open to all currently enrolled College students at the University of Chicago as they are eligible to apply to the CNVC as an individual or as a team. It is highly encouraged to submit an application to the CNVC as a team with cross-functional expertise. Alumni of the university and individuals not affiliated with the university are eligible to apply to the CNVC as long as they have at least one current UChicago College student as an integral member of the team (i.e., someone with a minimum of 10% equity stake in the venture). However, only current UChicago students are allowed to present in class and at the finals event; other team members may participate in the Q&A only.

Most other business schools and graduate entrepreneurship programs host a single day or weekend business plan competition as their New Venture Challenge. The NVC at the University of Chicago Booth School of Business is different. It is not just a competition. Instead, it is a year-long business launch program that is recognized as the #1 university accelerator program in the nation. It features four distinct phases:

No wonder they are among top accelerators in the U.S. and they've contributed to so many startup companies including https://essaytyper.pro/.

Great job. Thanks for sharing!

Essay writing is a lengthy process, especially in the field of education. Most students spend more time writing essays. An essay is generally a part of writing that includes the authors' own opinions. I suggest reading a blog post on the basics of cursive writing. Writing my essay is a big problem for students in their academic lives. An essay should have a fixed format and structure.