While we take for granted the capabilities of modern computer systems, the title of this column is the central theme of “Computing Machinery and Intelligence” written in 1950 by Professor Alan Turing. You may have heard of the “Turing Test,” which was created by the Professor with the intent that we (humans) would at some point in time be unable to distinguish between a human and machine response given the same set of questions. This level of machine thinking is distinguished by Turing in what he calls an “Imitation Game”.¹

This Imitation Game he describes (keep in mind this is over half a century ago) can be visualized like this: 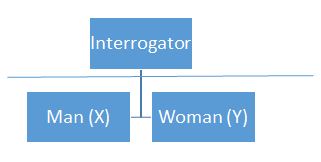 The interrogator would pose a series of blind questions to the man and woman, and try to gauge which of the subjects is the man and which is the woman, for example.

C: Will X please tell me the length of his or her hair?

Subject X: “My hair is shingled, and the longest strands are about nine inches long.”²

In contemplating the outcome of  this game, Turing updates his original question of whether computers can think, and instead looks to the output of how the computer/machine thinks. “Are there imaginable digital computers which would do well in the imitation game?” This was obviously posed at a time when it was hard to fathom the reach of technology in future society.

There can be little doubt that computers (and other forms of technology) will evolve beyond merely being able to trick a human into thinking it is a person, and instead utilize machine learning and other aspects of AI to analyze and digest massive inputs of information, with intelligent outputs that can adapt to varying circumstances and conditions. Indeed, there are currently computer systems that can not only respond as a human, but predict human behavior and needs.

What’s Next for Artificial Intelligence?

While this may not seem out of the ordinary for those who grew up with technology, the foresight applied by Turing in his research and writing was far ahead of its time. Though the test may not be perfect, it examines the psychology behind computer decision making and human imitation, and gives background as to how we ended up in the world of phones that talk to us and television interfaces that predict what we humans would enjoy watching.

We can only hope that this technology will be used responsibly. And that we can still use our incredibly nuanced and hard to quantify human emotions to determine who is and who is not a computer.

For now, it seems hard to imagine any different reality. As the FX character Sterling Archer says, when presented by scientist Krieger’s cyborgs, “There’s no way one of these …inepticons could pass the Turing test.” (FX’s Archer “Deadly Velvet: Part II Season 7, Episode 10) 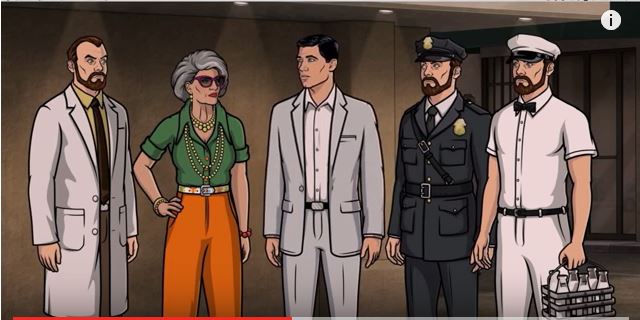