In EWM, the destination bin may have to be changed while WT confirmation due to various reason. This can be achieved using Exception code. SAP has provided standard exception code CHBD.

By selecting the exception code CHBD then click on Node: Define Exception Code.

Here, the Business Context should be TPT Confirm Warehouse Task (Put away) as we want to change the destination bin during putaway WT confirmation.

We also have other business contexts as below,

Also we should use the following Execution Step according to the requirement.

Here, we are going to see both Desktop Product WT and RF Product WT confirmation. So execution step 02 and 06 to be configured.

Then select the 1st entry and click on the Node : Maintain Process Parameters and in the next page, you need to enter the Internal Process Code as CHBD. 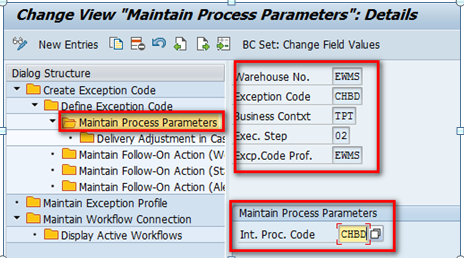 Repeat the same for 2nd entry. 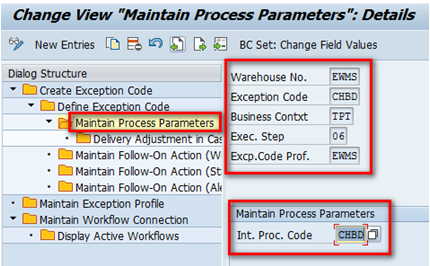 Once the above settings is done, now we can proceed in using it during WT confirmation to change the destination bin.

Go to WT confirmation screen as shown below, 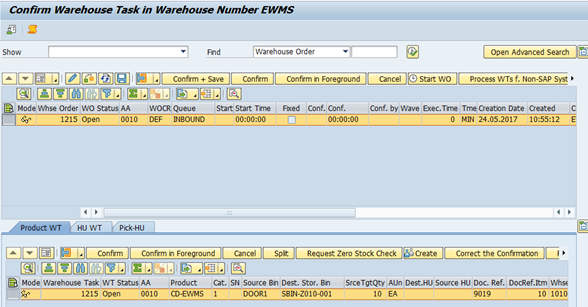 Then switch to FORM view to display the WT details.

If we click on save then we will get the below error: 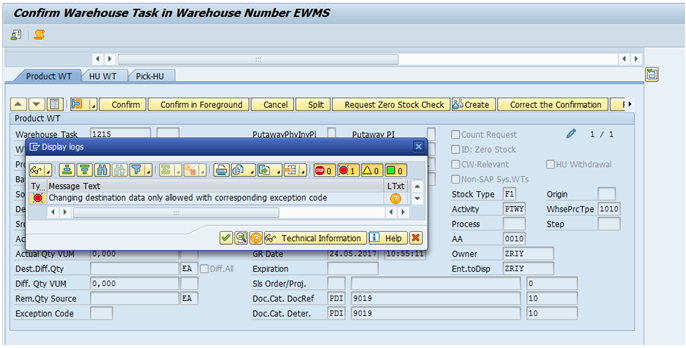 As we can change the destination storage bin only by entering the exception code, please enter the defined exception code and click on SAVE. 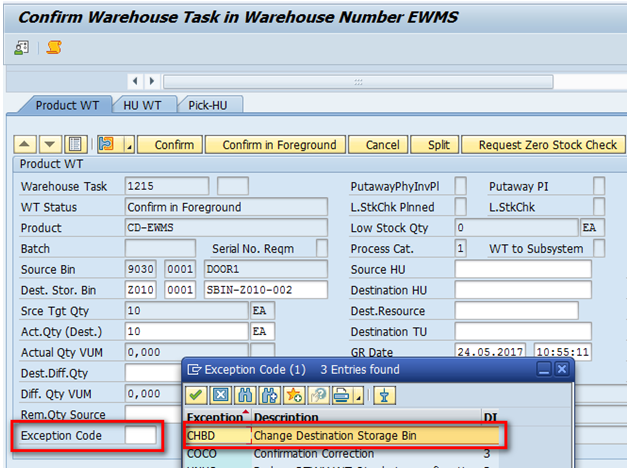 Once we saved after entering the exception code CHBD, WT will be confirmed. 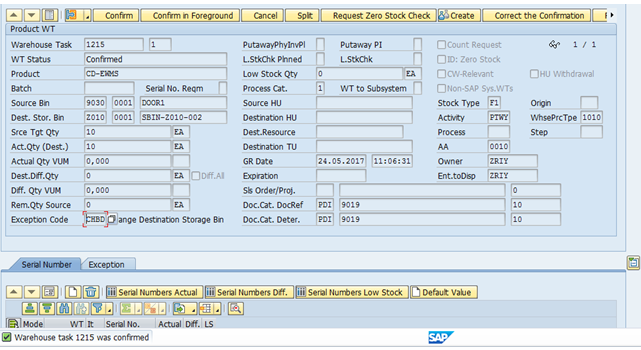 Login to RF and access the WO to confirm.

Press enter. Then in the next screen, confirm the Source Data. 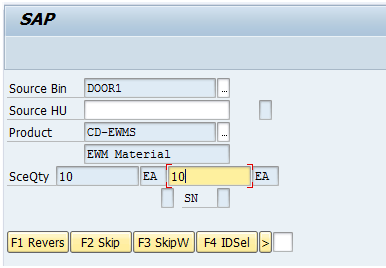 Press Enter. Confirm the product and destination quantity data and enter the exception code CHBD in the Shortcut field. 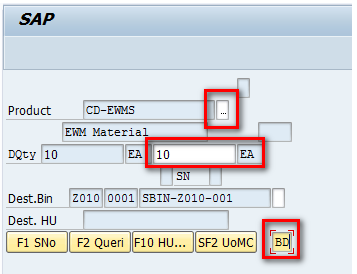 Press enter and in the next screen, system will ask us to enter the new destination bin. 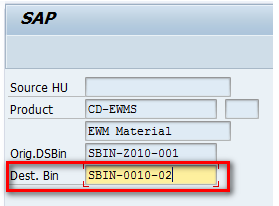 As shown above, enter the actual destination bin and press enter. So that task will be confirmed.

Kindly provide the comments to improve further with contents.

Thanks for detailed information on the same

Can we somehow change the source data:

Source HU/BIN ?
Do we have an exception code for the same ?

The source details of a Warehouse Task (any Task) can never be changed - The BIN and Stock ID (Product, Stock Type, Owner, Batch, and others..)

The only way is to cancel the current task and create a new one.