Data is the new soil — interview and news with Byron Banks

At last week’s SAP user conference, SAPPHIRENOW, I had the opportunity to interview SAP VP for Analytics Byron Banks.

On day one, we covered the launch of the new, extended SAP Leonardo, no longer “just” associated with IoT, but a full a “digital innovation system” — a solution to the problem of digital transformation with industry accelerators. 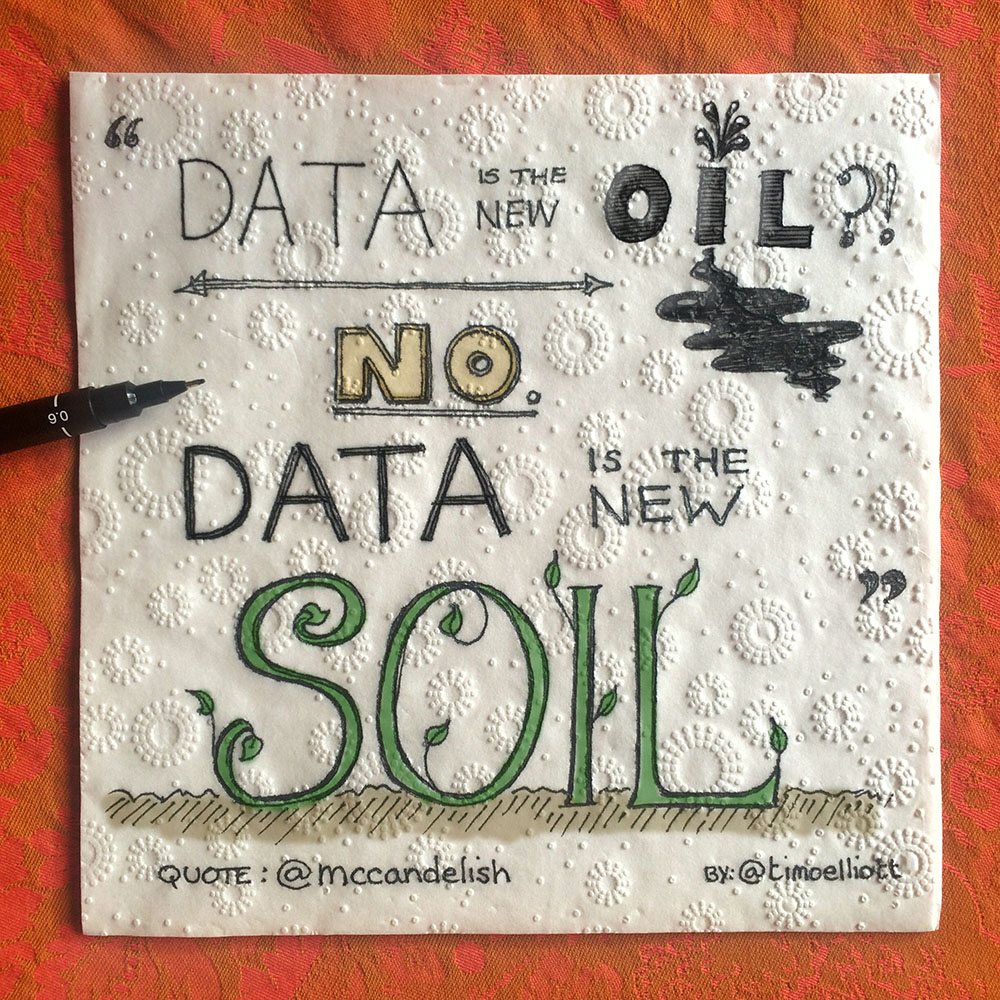 On day two, we covered the slew of new SAP analytics announcements, including great updates to SAP Analytics Cloud (formerly SAP BusinessObjects Cloud) and the SAP Digital Boardroom it is built upon. SAP BusinessObjects Business Intelligence (BI) 4.2 gets lots of new updates, including a new SAP Analytics Hub to make it easier to find the reports you need. The new SAP Lumira 2.0 was launched, combining exploration and dashboards. A new partnership between SAP and Zoomdata provides enhanced capabilities in SAP Lumira including connectivity to a wide variety of data sources to enable modern analytics at the speed of thought. [and many more! See Mike Flannagan’s blog post]

And what’s in a name? It wouldn’t be SAPPHIRENOW without some rebranding, and this time around, it’s the return to using “BusinessObjects” only for products that were called that when the company was acquired by SAP a decade ago… 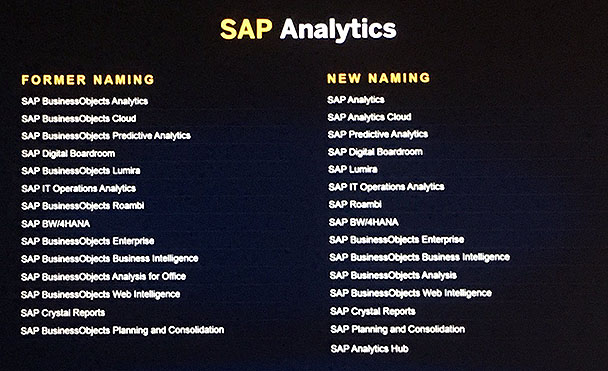