It was a great pleasure to represent SAP, a co-sponsor of the {Life Science} meet IT Hackathon in Heidelberg, taking place on May 19-21st. More than 70 participants joined on site on the University of Heidelberg campus to create prototypes and business plans targeted at the hottest trends in healthcare. Nine teams choose challenges from a set of 16 proposals, and worked day and night over the weekend (despite the beautiful weather outside) to flush out the functionality and to create hacks, many of which are now indeed on the brink of becoming real business cases. Find photos and tweets here.

All-in-all a great event! Some of the challenges of the German Healthcare ecosystem also became apparent during the hackathon: Germany is heavily regulated, and concerns about the (perceived) issues with data privacy and the handling of patient data persist. This is most likely the reason, as one of the participants pointed out, that the number of new health start-ups in Germany numbered only about a dozen in 2016. Even more reason to execute such hackathons to generate viable business plans!

In the hackathon, challengers and hackers did not shy away to suggest and build apps addressing the latest advances in the life sciences. Examples included:

What struck me most was the tremendous energy and commitment of the teams and the high quality of the resulting solutions, as well as the great cooperation between people from multiple disciplines: IT specialists joined forces with medical doctors, business people, UI designers, students and many more disciplines.

SAP Health submitted the challenge “Patient Central”, and a multi-disciplinary team of eight individuals picked up the glove… and as a result won one of the four coveted prizes: for the most “Patient Centric” solution: a data integration scenario that allows patients to answer the question “What is my Pain?” – to support a patient to better understand the severity of their ailments and to find the right medical doctor.

In short: a very well-organized and highly inspiring event. 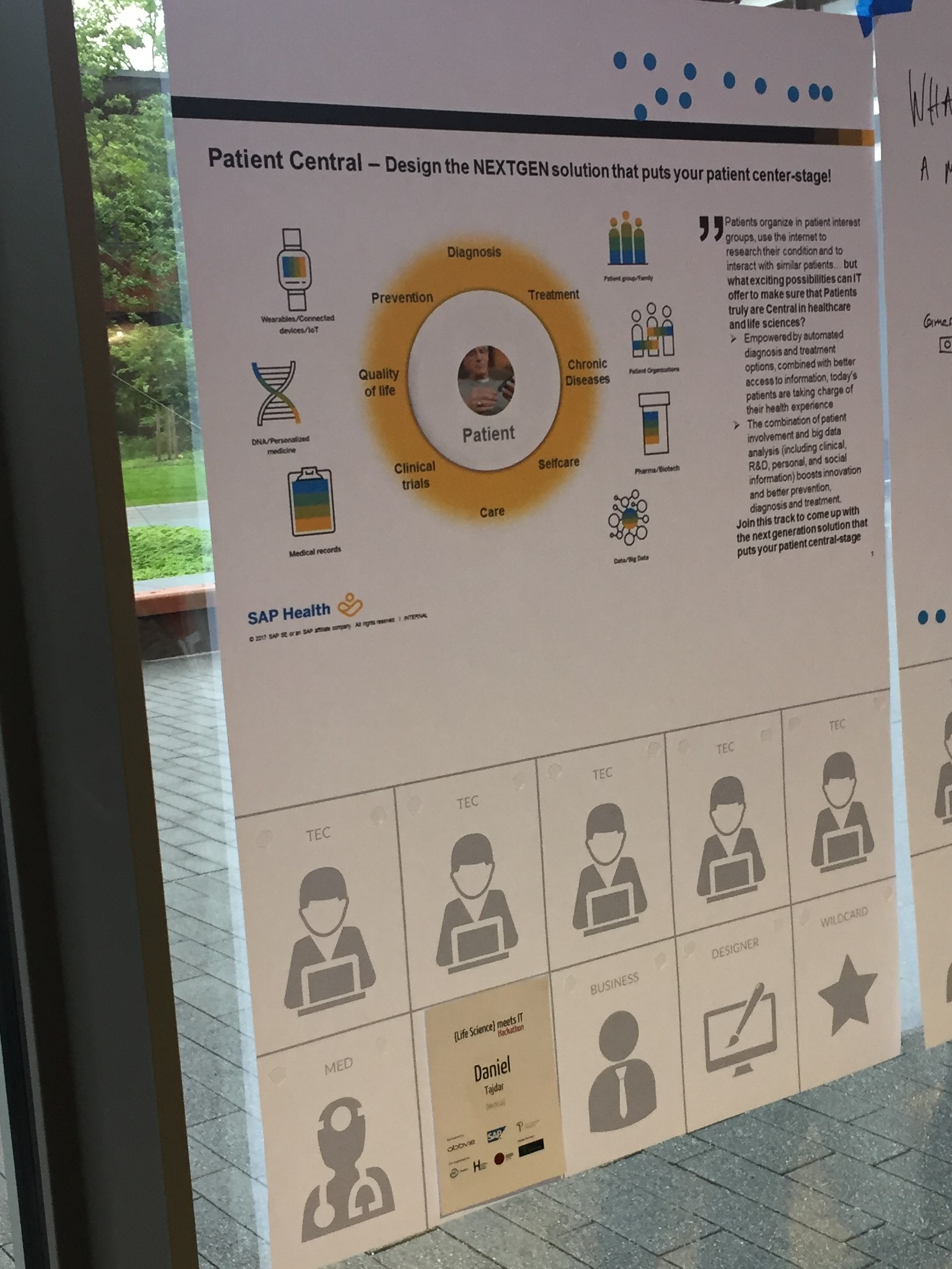 The SAP “Patient Central” challenge – which lead one team to win one of the four prizes.