One really cool feature that now can be done with SAP Lumira 2.0 and Galigeo GEO Extensions, is the possibility to geocode on-the-fly. ” … ahhh … coding …? ..”, you’d say …. “I don’t wanna code ...”: well no worries: the geo coding in SAP Lumira 2.0 using Galigeo extensions, is an easy going drag and drop exercise that everybody can do. Be your own cook! 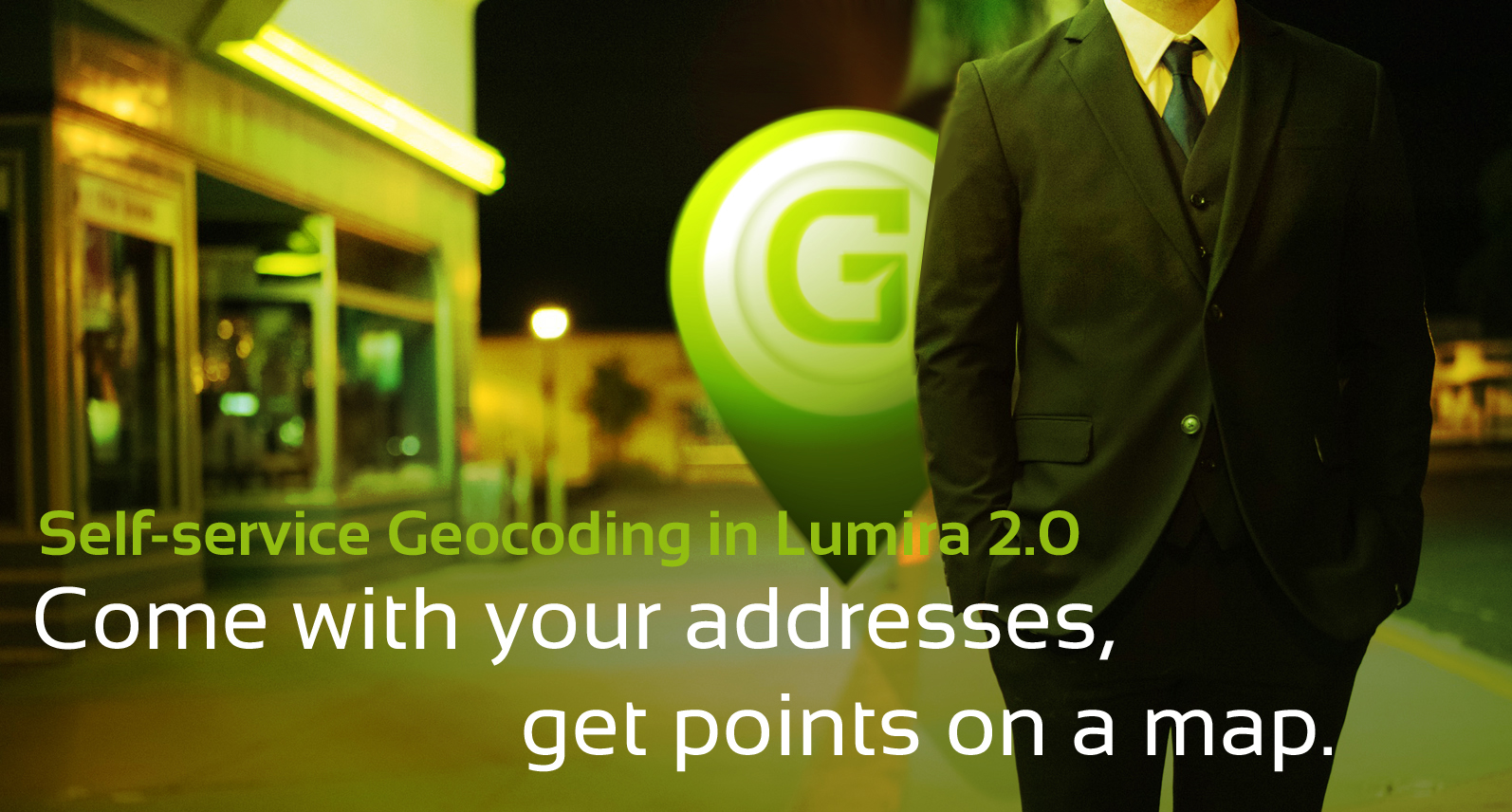 To add some context, every Line of Business probably has geo mapping needs, like:

You could literally find hundreds of other examples, but this is not the point of this article.

Reality is, that to plot your points of interest on a map, you need to have them geocoded. But most of the time, enterprises only have the addresses in their data-sets, and they lack the needed x and y coordinates, also known as the geocoded version of the addresses. In short, we need a little geo-cooking.

In the video, the geocoding is done live using an online service, meaning that the addresses are sent to a third-party server, sending back coordinates from these addresses when the geocoding process is over. This way of working is pretty handy, because for the enterprise leveraging it, there is absolutely no cost of infrastructure, no server to deploy and update, no worry about maintaining a service. You like that, not?

As mentioned, the process of geo-cooking using SAP Lumira 2.0 with Galigeo does not require any cost of additional infrastructure, since it leverages online services for you. This works as per below work-flow:

Of course, such system might cause security or confidentiality problems for companies in specific verticals. And some departments just do not have access to internet anyway.

In this case, the geocoding module can be deported on the company side: the addresses will be sent to an on-premise server, and nothing will go outside the company infrastructure.

Hopefully you like GEO cooking as much as we do. It is again a great capability that gets you as an end user closer to valuable insights. The Galigeo c-solution used here with SAP Lumira 2.0 is utterly strong. You might want to have a closer look at the Galigeo website, or contact Vincent or Iver for more info