Prashanth Thekkada is a busy guy.

This past year year, he’s participated in numerous hackathons and started his fourth year studying computer science at PES University, Bangalore. To top it off, last February he accepted a five-month part-time internship with SAP Internship Experience Project (SAP iXp) on the CPI team for SAP Labs India.

Outside of his studies and professional life, he enjoys traveling and exploring India. Last year Prashanth and his friends went on a two-week motorcycle expedition to the Himalayas.

“The Northeast is the most beautiful region of India,” he says. “Great rock music, football culture, stunning landscapes and peaceful, polite people made me bond spiritually with the place.” And when he’s not adventuring, he keeps busy being the captain of his college’s hockey and football teams. 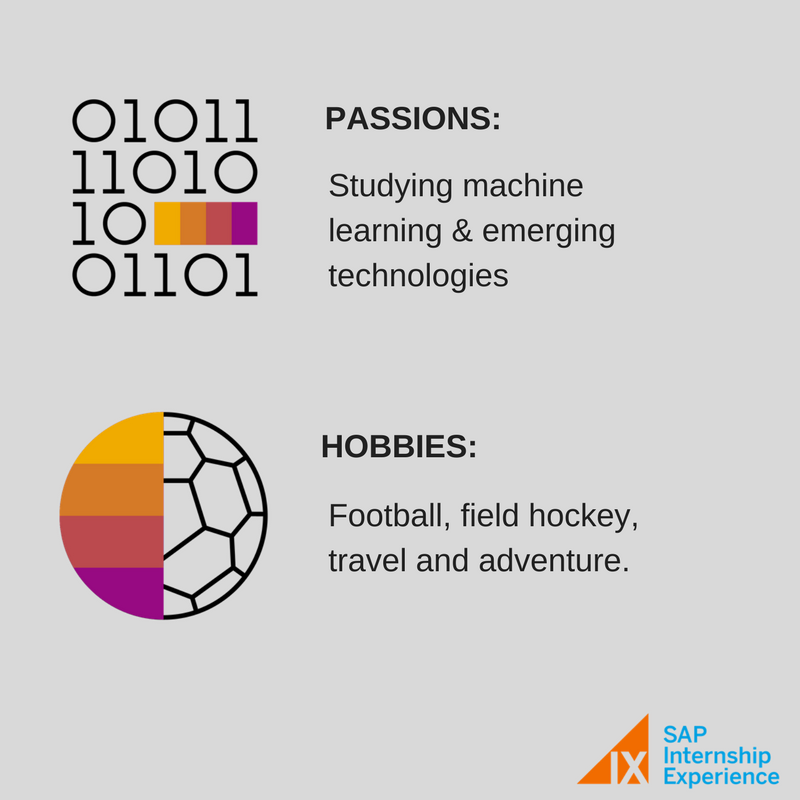 We spoke with Prashanth to find out why, out of the many influential tech internship programs across Bangalore, he chose SAP iXp to launch his career?

SAP Labs India is SAP’s largest Research and Development center outside its headquarters in Germany and is part of a network of 19 labs in 16 countries (three of which are in India). It was also ranked seventh in India’s Best Companies to Work for Study in 2016.

Though these data points are eye-catching, these aren’t the only reason he picked SAP iXp. Prashanth’s internship checklist consisted of three priorities: 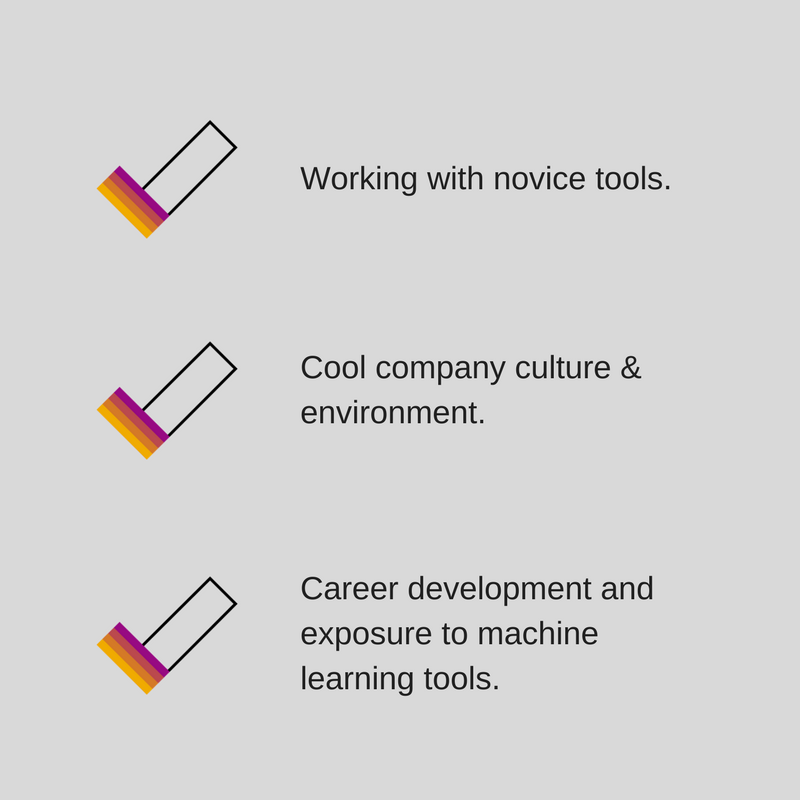 Prashanth first heard about SAP through his older brother, who interned at an SAP customer five years ago. His first in-person interaction with the company was last September 2016 when he spoke with a hiring recruiter at a campus career fair.

“My first experience of speaking with a recruiter was very relaxed,” he says. “She gave me invaluable information as to how to follow my personal desires while proceeding with my daily work, which is a very important issue for many fresh interns like me who do not know what to expect from their new companies.”

Prashanth also emphasizes that platforms like SAP Blue and Startup Studio, SAP Labs India’s startup accelerator program, are just one of the many opportunities for employees to explore their favorite technologies in their free time.

“Once I got the offer I was still feeling a bit dazed and confused about what to expect,” Prashanth explains.

Entering your first corporate internship can be intimidating. You’re not sure what to expect, how many projects you’ll be able to contribute to, and whether your opinion will matter. Luckily, during the first few days of onboarding, Prashanth spent the day connecting with his fellow SAP iXp cohort to ease the transition.

Some of the hot topics of onboarding were sociability in the office, including proper email etiquette and the spectrum between formal and informal communication. One activity had them split into teams and create a contraption in three minutes with an egg, a balloon and a rubber band, and document the process. After they built the contraption, a different team had to read the set of instructions which the team had documented.

Now, a few months after his internship start date, it’s safe to say Prashanth is quite comfortable among his peers.

On May 10th, SAP iXp held its first SAP iXp Bangalore Summit, which featured a full-day of speakers and activities including challenges and corporate social responsibility (CSR) projects.

SAP iXp Summits aim to connect incoming iXp interns with their  regional cohorts and provide them with the tools to network with SAP leaders and find projects.

One of these programs is SAP India Labs’ NASA Space Apps Challenge, a 48-hour hackathon held at the end of April. Along with his SAP iXp peers, Prashanth went above and beyond to organize entertainment all throughout the night to help keep participants awake at the trying hours of the hackathon.

Although he’s participated in dozens of hackathons, Prashanth says this was his largest event.  “I expanded my horizons by interacting with teams trying to solve some of world’s most complex problems,” he say. 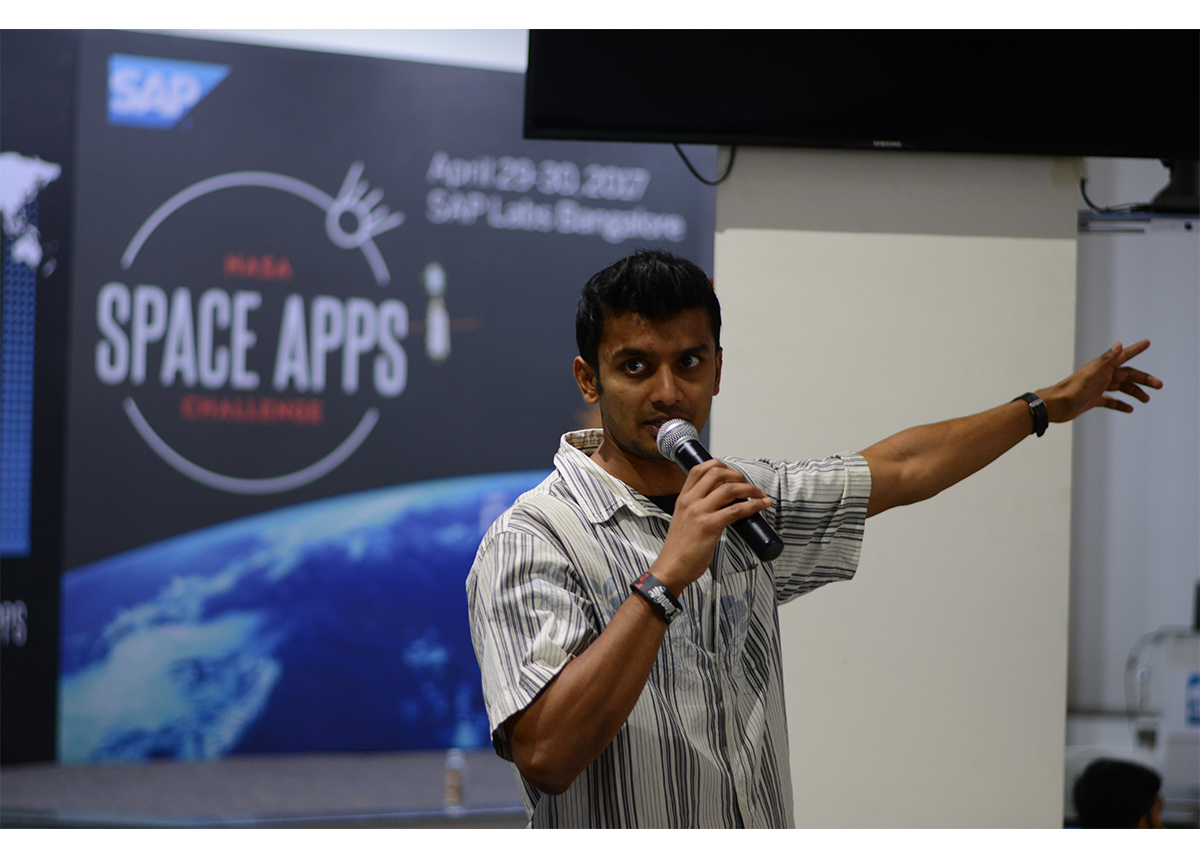 Prashanth is currently on the CPI team working on a tool for debugging the technical pipelines where data gets lost or corrupted. “In college it was all about using third-party tools to build hacks,” he explains. “Now in my role with SAP, it’s all about gaining the skills to use the most reliable methods toward solutions.”

He continues to be an avid seeker, both for adventure and problem solving. If you don’t catch him at a local football or field hockey game, he may just be MCing the next event at SAP Labs India.

I would like to know the process of intern at SAP labs. I'm a Fresh Mechanical Engineer Graduate from SRM University with knowledge of SAP MM Module.

Hi Mayank - what is a good email to reach you at? We can get in touch!