Limits to number of sessions for Named Users

The license applied will determine if you can define users of each type.

Users that are of the ‘Concurrent User’ type are limited by the number of Concurrent sessions the license entitles them to. If you have tenants within your BI Platform, you can allocate your sessions across them. This will ensure a tenants access isn’t limited because another tenant has used up all the available concurrent sessions.

Before BI 4.1 Support Pack 10 and BI 4.2 Support Pack 4 the number of sessions a ‘Named User’ could create was unlimited.

To help identify if your BI Platform could be affected by this I’ve developed a Web Intelligence document based off my Auditing Solution, called LIC5 – License – Periods when sessions exceeded X.wid. It will show the hourly periods when you may have exceeded 10 sessions per named user. Its only a ‘may’ because the auditing doesn’t capture the actual number of concurrent users for ‘named users’ (though it does capture the number of concurrent users for ‘concurrent users’!) The document description provide more details and I’ve copied them below.

Here’s a sample screen shot of the document 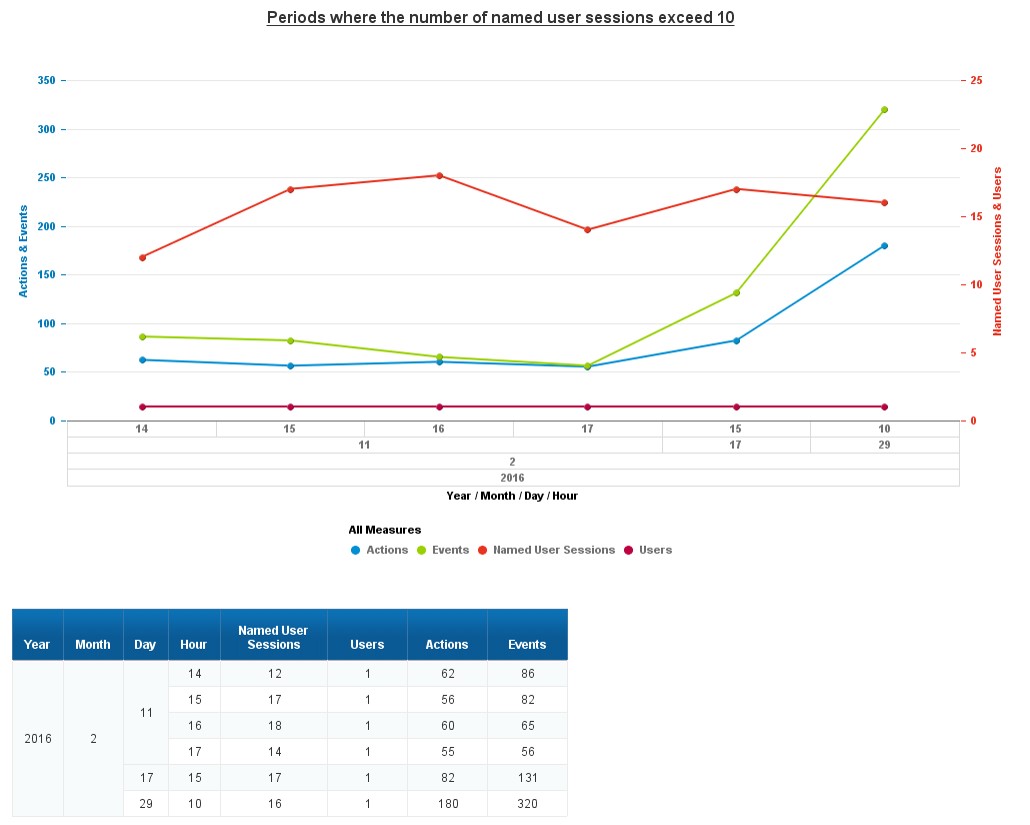 And the underlying query is quite complex: 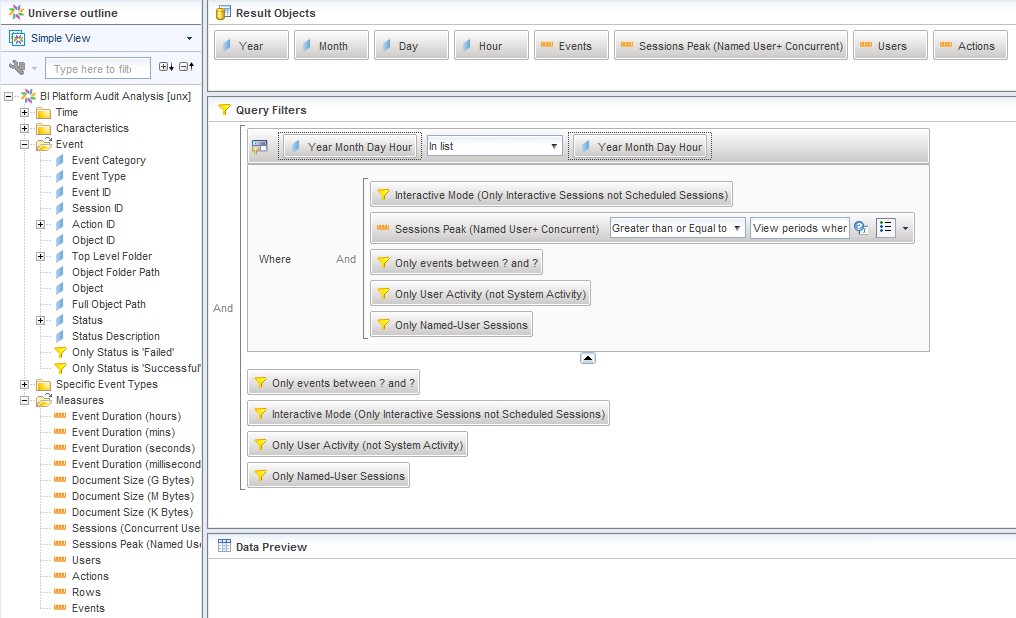 The full document description is here, it provides more details on each measure and how you should or shouldn’t interpret the results:

To help identify when the number of named user sessions has exceeded 10 (or another number) within a period of 1 hour.

for each event a username (user ID) is recorded. This is the number of usernames (user IDs), or simply ‘users’. Again, this is limited to only users that logged in is of the ‘named user’ type and NOT the ‘concurrent user’ type. An individual username may be used by more than one physical person (though this may break legal compliance depending upon your contract). Each physical person can generate more than one session.  This number is the number of named user IDs that have been used, irrespective of the number of physical people and irrespective of how many sessions a person creates.

a user will perform a number of actions, such as Open a Web Intelligence Document. A single action will generate one or multiple event, such as ‘Retrieve document, open document, display page’. This is the number of actions across all events, sessions and users.

To access my Auditing solution and this document (LIC5), then please refer to blog https://blogs.sap.com/2015/07/15/unlock-the-auditing-database-with-a-new-universe-and-web-intelligence-documents-for-bi41/ and kindly carefully follow the instructions!

Hi Matthew, I hope you are fine, thank you for your interesting post, I have a question regarding this new restriction, if one user is scheduling more than 10 reports in the same time, there will be an issue? what do you think?

Thank you in advance for your help.

Thank you Jawahar for spotting the typo. I've corrected that now. Many thanks Matthew

I have a question regarding this new restriction, if one user is scheduling more than 10 reports in the same time, there will be an issue? what do you think?

The restrictions do not apply to scheduled content. It's only applicable for interactive sessions