by Lani Teshima and Marian Harris

On Sunday, April 23, the SAPsv Running Club joined forces with the SAP Aviation and Pilots Association affinity group at Hiller Aviation Museum to participate in, as well as volunteer at, its inaugural Airport Runway Run 5K/10K fundraiser. 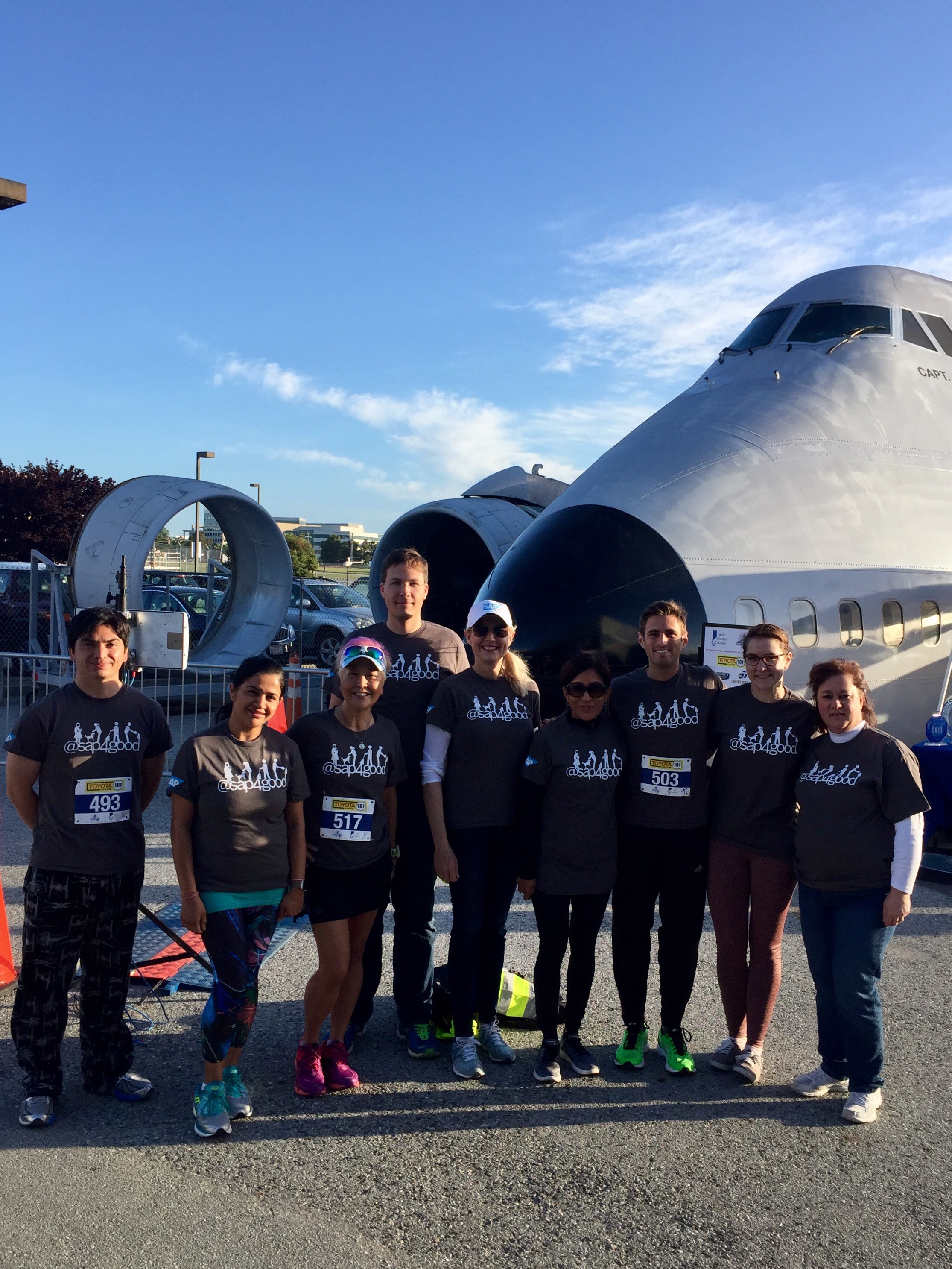 Hiller Aviation Museum offers great interactive displays, and its educational program uses aviation as a gateway for students to engage with and improve their understanding of science, technology, engineering, and math (STEM) concepts, enriching the lives of Bay Area youth.

SAP has been volunteering at the Hiller Museum for more than two years. For this fun run, SAP volunteers helped out on the runway and at the water stations, guiding runners and distributing water, as part of the SAP Spring Into Service initiative, and later, even providing feedback to the museum Board to improve next year’s run. 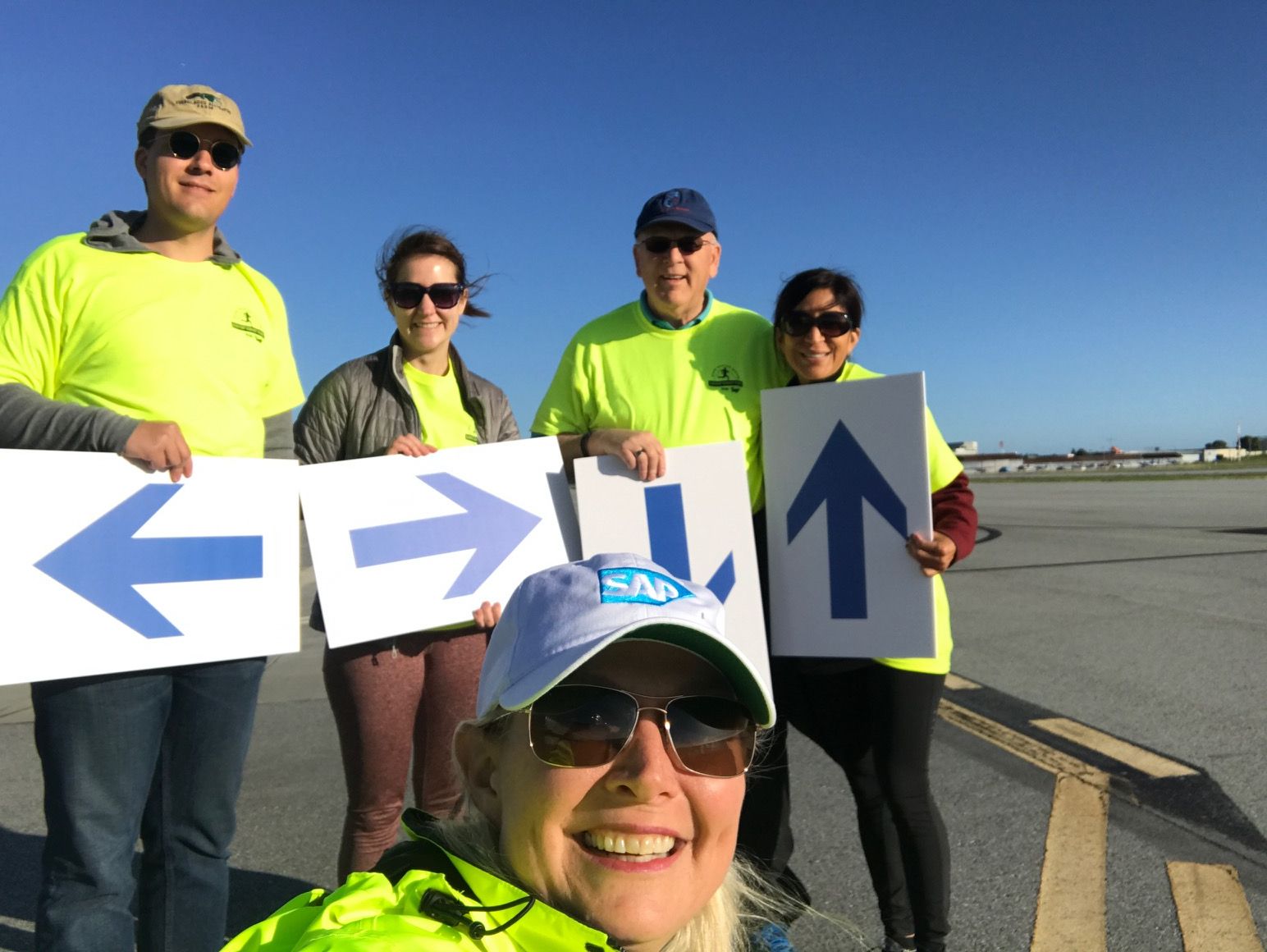 The weather was perfect for race day; cool, with a light breeze. Members of the two clubs arrived early for a chance to meet in person, don our SAP4Good shirts, and check out the museum before the race.

Even though this was the first year that Hiller Aviation Museum put on a fun run, the event was well-organized, with many local vendor booths in the start/finish area, a pre-race warm-up from Orange Theory Fitness, and even local TV personality, ABC7 News meteorologist Sandhya Patel, on emcee duty.

The course was unusual for a fun run, in that the first mile ran on the tarmac of San Carlos Airport, a small regional airport located just a few short miles south of SFO. Some runners might consider an airport runway boring since it’s flat and straight, but for anyone into aviation or airplanes, this was a once-in-a-lifetime opportunity.

The course continued south onto Skyway Road. Participants then left the road and ran parallel to Bayshore Freeway, on a paved bicycle trail. Participants in the 5K (3.1-mile) turned around right after mile 2, while the 10K (6.2-mile) participants continued to Whipple Avenue. Once there, runners turned left and crossed the pedestrian bridge, and ran along a walking path. The turnaround happened right near the water’s edge, where participants turned around and doubled-back on the same course. 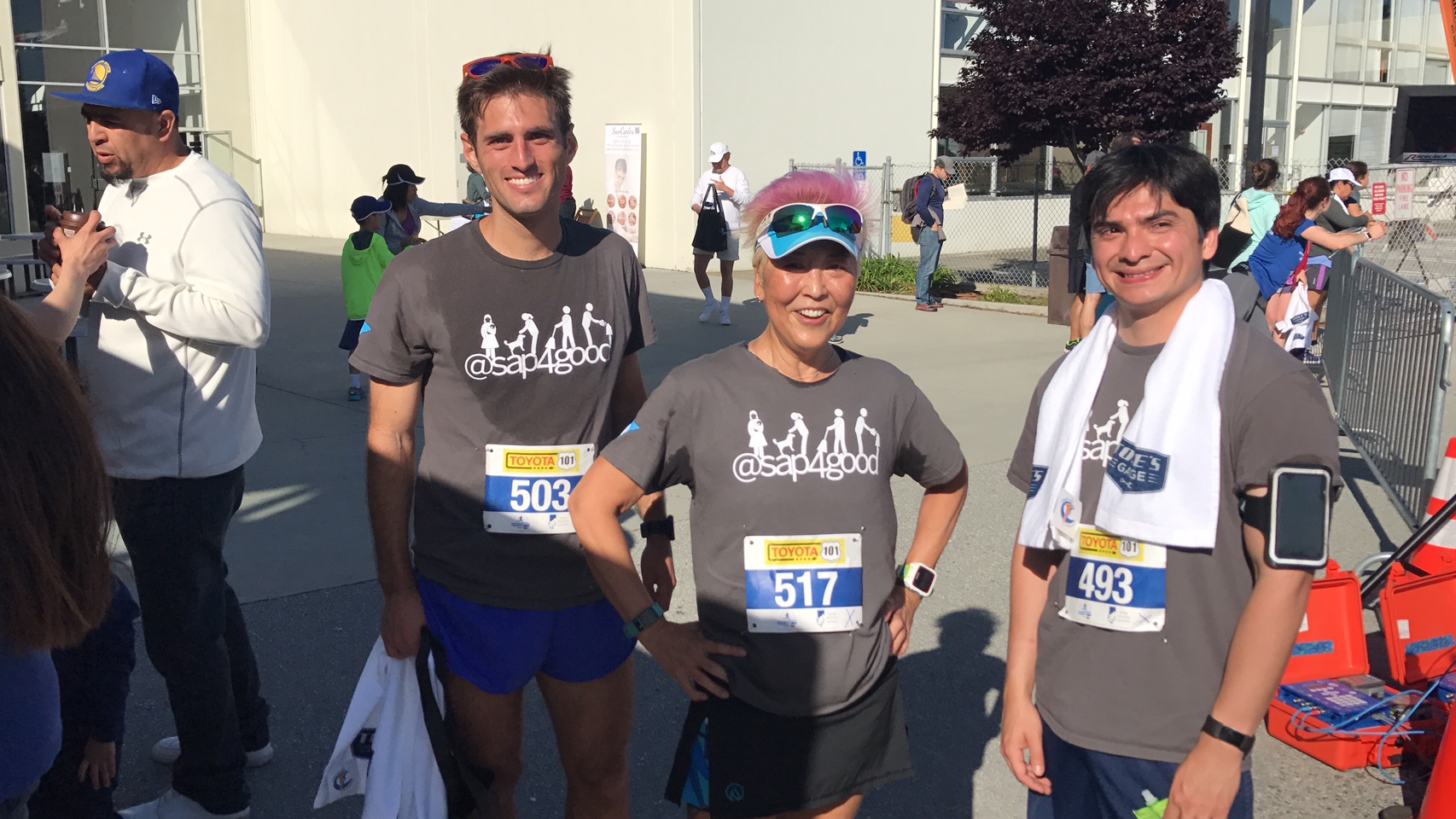 Near the end, all participants continued on Skyway Road to just past the museum, where a quick couple of right turns found the finish line.

There were 118 finishers for the 10K and 310 5K participants. The 5K was particularly popular with kids. For children who were into airplanes, this made for a perfect outing.

Great run and what a fun way to raise $ for STEM programs for the Bay Area's youth.  Look forward to working with you guys in next year's run!