“This is a Dream Worth Fighting For” 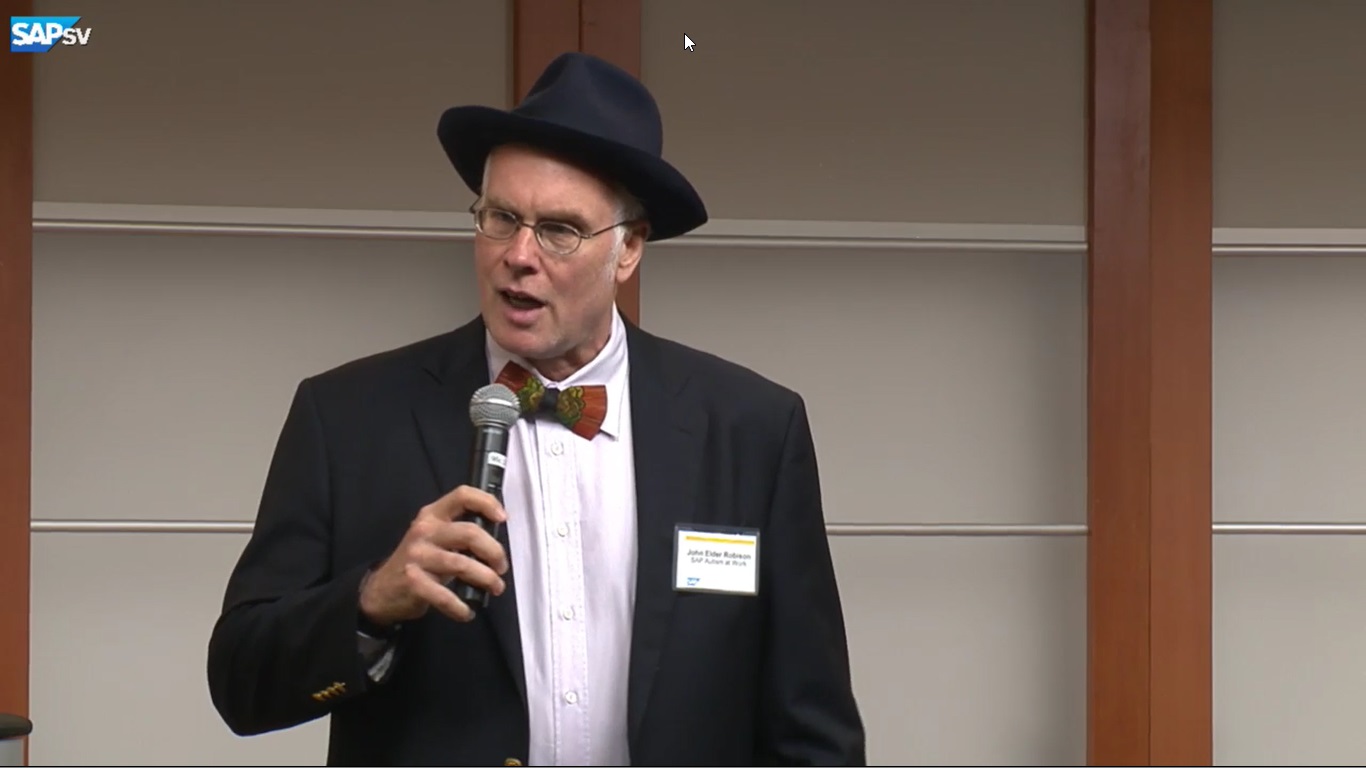 “There’s a degree of shame that has surrounded severe disabilities,” said John Elder Robison. His direct, powerful keynote opened SAP’s second Autism at Work Summit in Palo Alto earlier this month, and would set the tone for the panel of executives from big customer brands who took the stage immediately after.

While attitudes are starting to shift in this area, Robison believes there’s still a lot of work to be done to shake off the stigma that surrounds hiring people with disabilities in the workplace. For him, the message to companies who want to start – or scale – hiring programs aimed at embracing neurodiversity is simple: individuals who work there need to “stand up and own autism”.

As a child, Robison was told that he was “less” than other people because of his autism. And while many of us are touched by someone living with it, he believes “we all live with this shame of being different in a society that values conformity.” And Robison argues that leaning against the grain is exactly what we need to change the perception of people with autism.

But according to Robison, there are very few people standing up and showing folks how to lean in.

For him, convening the Summit in Silicon Valley provides an excellent opportunity to harvest neurodiversity in the technology sector. But without the people working there owning autism, scaling hiring programs addressing neurodiversity could be limited. “You’ve got tens of thousands of people working here, so where are the thousands of autistic people you must already have [working inside your company],” he asked the audience. “Even though people support the idea [and the company] is doing a great thing, they don’t take the next step.”

That next step: standing up to lead. And for Robison, that could mean employees taking a look at themselves, and not struggling to conform any more.

“We have to pay a price for everything that’s valuable,” Robison said. “When you own Autism [you can say] this is what made me what I am, and this is what’s driving [the company] forward. By owning it, mentorship programs are richer, innovating the scope of programs comes quickly, and inspiration starts inside the company.

And that issue about scaling hiring programs that embrace neurodiversity? “You solve it when you make people not ashamed of it,” said Robison. “This is a dream worth fighting for.”

SAP’s Autism at Work at a glance

More than 85% of adults on the Autism spectrum are unemployed—many with advanced technical degrees and deep skills in their respective fields. This at a time when the tech sector is faced with a shortage of qualified talent.

SAP’s Autism at Work Summit 2017 at a glance