Tag(Marker) Interface in ABAP and Java

One of the most famous tag interface in ABAP is if_serializable_object.

I used it in my blog Singleton bypass – ABAP and Java.
An object instance of class which implements this tag interface could be serialized to an XML String.
The actual serialization and deserialization is done in the kernel.

In you BAdI definition, it is impossible to use an interface without including this tag interface.

Even if you bypass this check via tricks like debugging in ABAP layer, there is still kernel check in the runtime as last defense.

As I mentioned the tag interface is a generic concept which is available in many other language like Java. See more generic definition in Wikipedia.
“The tag/ marker interface pattern is a design pattern in computer science, used with languages that provide run-time type information about objects. It provides a means to associate metadata with a class where the language does not have explicit support for such metadata.“

Still use serialization for example. Java has its own tag interface for serialization, Serializable. ( just exactly the same logic as if_serializable_object in ABAP ). 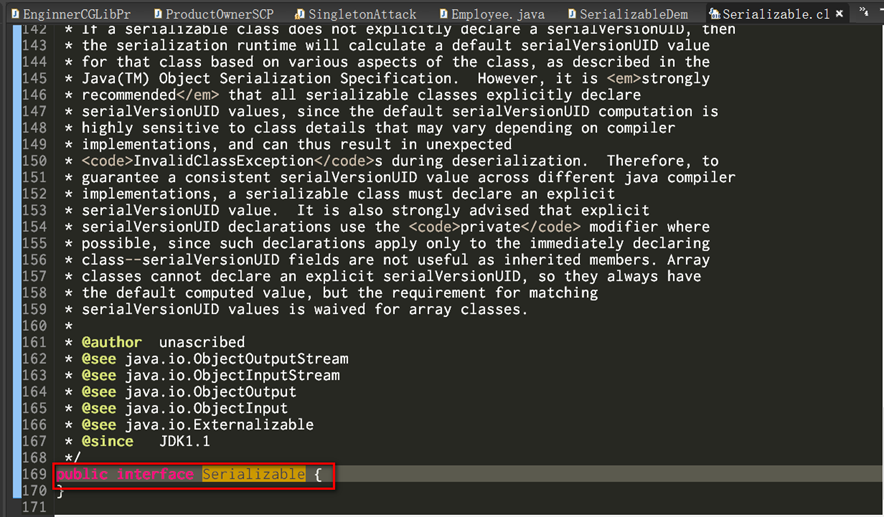 When the serialization is performed, JDK will check whether the instance has implemented this interface by instanceof. 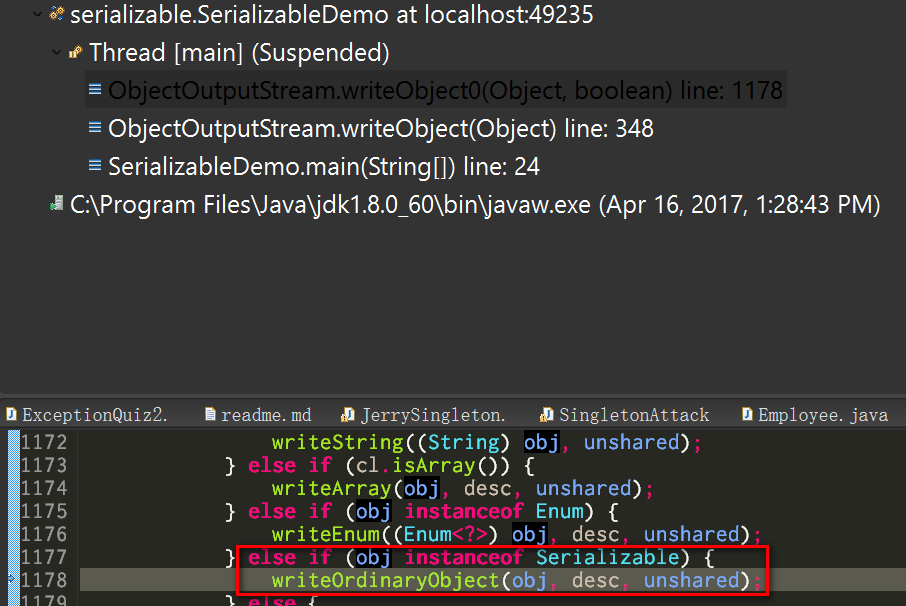 In ABAP we have similar keyword to achieve the same. 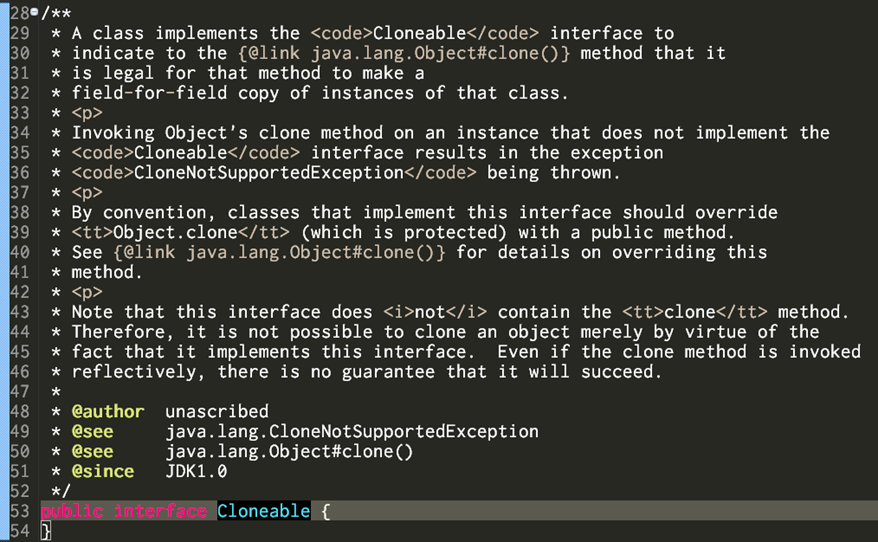 And the error disappears:

This test proves that there must be some check in the native implementation of clone method in JDK.