The integration of HTML islands in CRM BSP applications is available for:

You can integrate HTML islands with BSP applications in SAP CRM.

You have the following installed:

The back-end SAP system has the following:

Create a View Inside a BSP Application

Open an existing BSP application. (transaction: /nBSP_WD_CMPWB) and create a view inside.

In the Properties section, you can select Configuration if you want to display fields in the view.

You can create the SAPUI5 Application by creating a BSP application from SAP Hana IDE. Before deploying the application, check the following options are available when you right click on the BSP application. Menu Run As:

The SAPUI5 application is deployed to the SAP ABAP Server.

You define the HTML island from the CRM BSP application. The idea is to have an SAPUI5 control that is used within a WEBCUIF view. This is done using the declarative tag for the HTML island. 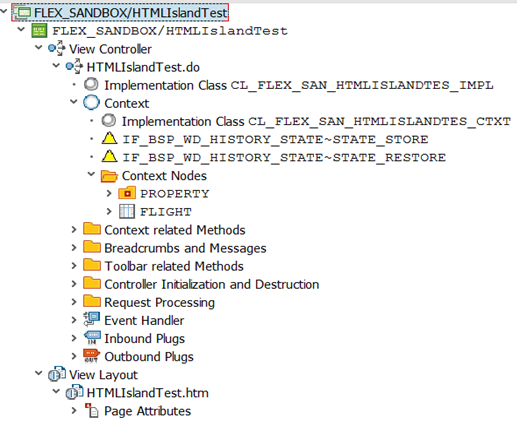 For example, if the property’s name is boolValue, then the getter and setter are called getBoolValue and setBoolValue respectively.
Example

The definition of the property is done by using the < thtmlbx:htmlIslandProperty > tag name. You can define several properties. Make sure that you define the value with the format //<CONTEXT_NODE_NAME>/<ATTRIBUTE>

The definition of the data source is done using the < thtmlbx:htmlIslandDataSource > tag.

As you can see in our example we have the properties parameter defined as controller->gt_properties. This is a table where we associate the data source properties with the table context node attributes. 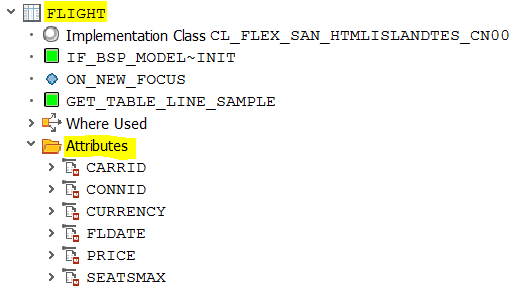 Figure 2: The association of the data with the properties.

Therefore, the GT_PROPERTIES table is defined in the view controller as an Instance Attribute with Public visibility and the Associated Type as WCF_HIT_DATASOURCE_PROPERTY.

A method can be created to define each of those properties and add them to the GT_PROPERTIES table. For instance, the first attribute is CARRID, in the method we define and append the property to the table. We do the same with each of the attributes in the context node.

Events are part of the HTML island and allow the communication between the BSP application and the SAPUI5 application by triggering round trips on user interactions. To define an event, the tag <thtmlbx:htmlIslandEvent >.
Example

There are two types of events; client events and server events. Client events allow Islands to listen and fire client-side events which don’t necessarily trigger a server request. For more information, see Setup the SAPUI5 Application Interaction with the HTML Island Framework, below. Server events receive and modify data. They have parameters which are passed to the API as a JavaScript object (hashmap) of name value pairs. The name of the server event is the one that will be used in the SAPUI5 application when firing the event.

Setup the SAPUI5 Application Interaction with the HTML Island Framework

In this example, the application is named ISLANDTEST, and the MVC concept is used. The following process shows how to setup this interaction. 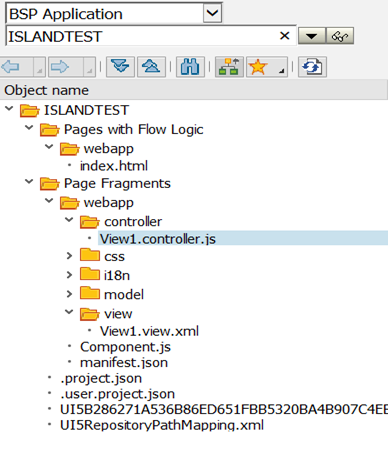 Figure 3: The structure of an application named ISLANDTEST, using the MVC concept

In the index.html file,

The first line includes the JavaScript files that controls the HTML island. The second script tab is the normal sap-ui-bootstrap used in SAPUI5 applications.

Here, you assign an object. In this example, it is called App. App receives the div id as a parameter. This object has all the definitions of the getters and setters that are needed to communicate with the BSP application using the HTML island.

As you can see, the div id is passed to the App constructor. In the init method, it is passed as an attribute to initialize the App object.

There are several objects defined. Each correspond to every context node in the BSP application and they will hold the data that will be sent to the SAPUI5 application.

Inside the init method, register the HTML island, create the getters and setters for data interchange and define the client and server events.

Create all the necessary variables and models for the exchange of information. Based on our example, we have the following methods that belong to the island and can be used inside your application.

The models, based on the example, would be written as follows:

The same logic applies to data sources as properties. Here, the getter and setter methods are shown for the data sources.

The listener to the client event was previously defined in the Define variables and models section, now we just create the associated function body as follows:

There is only one definition for server events and several events can be called from it.

As you can see, the name of the event and its parameters are passed to the function that will fire the event to the back-end. The event must be defined in the BSP application.

From the view, associate the created models to the UI controls. For example, a table with the data source as follows:

Here’s an example of how the properties could be defined as follows:

From the controller, the events are defined in normal methods or functions for example:

This will fire the refresh method. In this case, no parameters are sent, if you need to send parameters you can as follows:

When the event is fired, the round trip is performed and the event is triggered in the back-end system. To access the parameters sent, you define a variable type CL_THMLBX_HI_EVENT. The data sent from the SAPUI5 application can be accessed using the get_param_value method. For example,

The results from the browser are displayed in the following image:

Figure 4: The left side of the screen shows the BSP application with some data that was passed to the SAPUI5 application, which is shown on the right half of the screen.

Figure 5: The value for the airfair was changed in the SAPUI5 application. After a refresh, the data is updated in the BSP application, seen on the left