The following is a partner blog by Arun Varadarajan, Senior Manager BI at Visual BI Solutions.

Data warehousing is a concept that has been around for a long time and continues to evolve at a fast clip. Enterprises are now looking at building their data warehouse into a data platform that satisfies all their needs and are increasingly looking to consolidate their systems and sources.

SAP Business Warehouse has kept up with these changes through the years by including extraction, modeling, and reporting all within the same stable data-warehousing platform.

Below is an infographic on how SAP Business Warehouse has grown and embraced SAP HANA both as a database and as a platform that in itself provides value to customers and also showcases the vision of a data warehouse and its capabilities.

By moving to the SAP HANA platform, we have a capable platform for most scenarios, which in turn sets  up the enterprise for a scalable and flexible data platform. 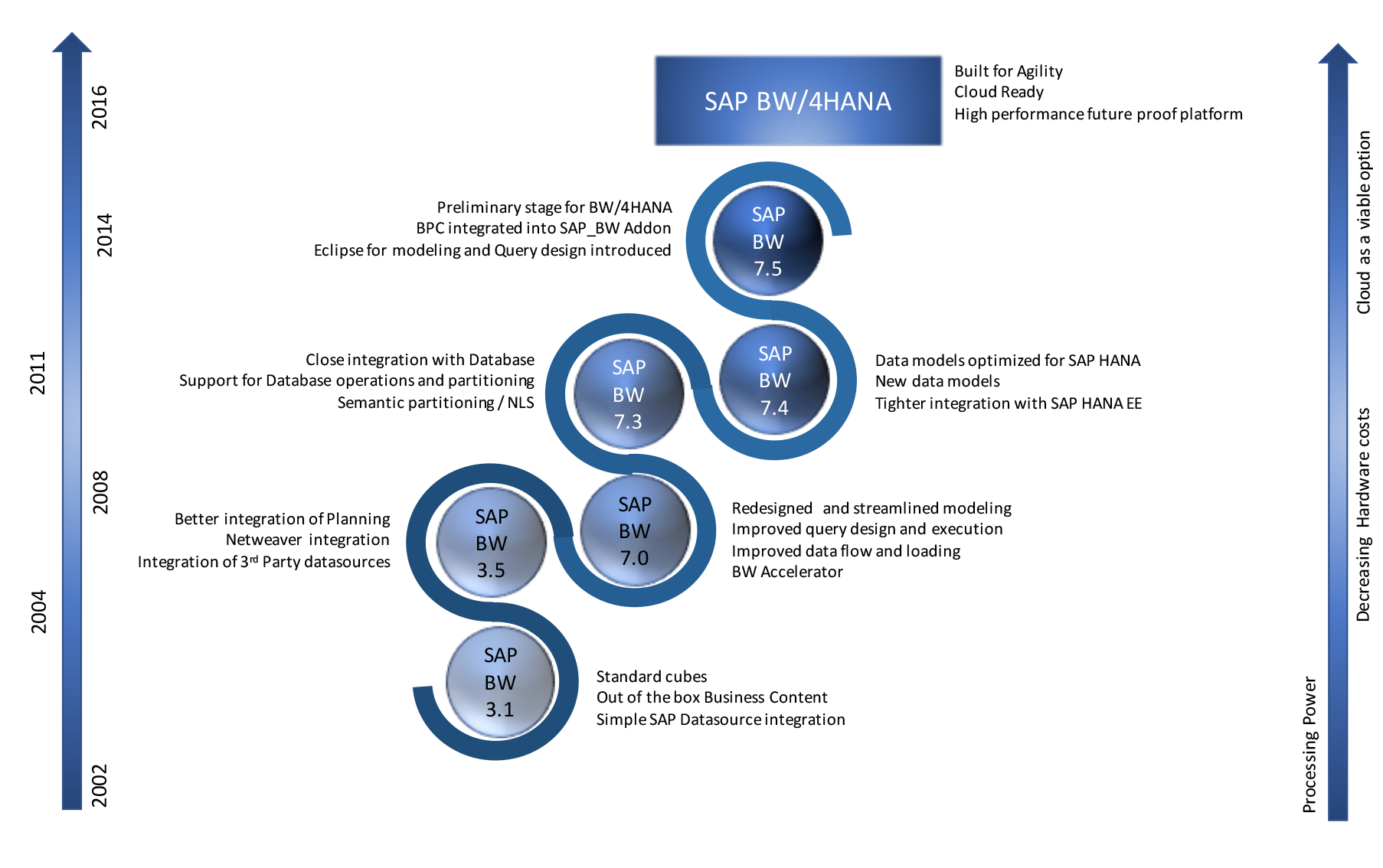 As we can see, the earlier versions of SAP Business Warehouse showcased how data warehouses could be built and then improved on that vision. As SAP HANA became more prevalent , SAP Business Warehouse, too, started the transition to SAP HANA receiving the benefits of the integration by way of faster responses and agile development on a large-scale database.

Along with the warehouse platform, the data models too have evolved to take advantage of what the platform provides. Looking at the evolution of data modeling 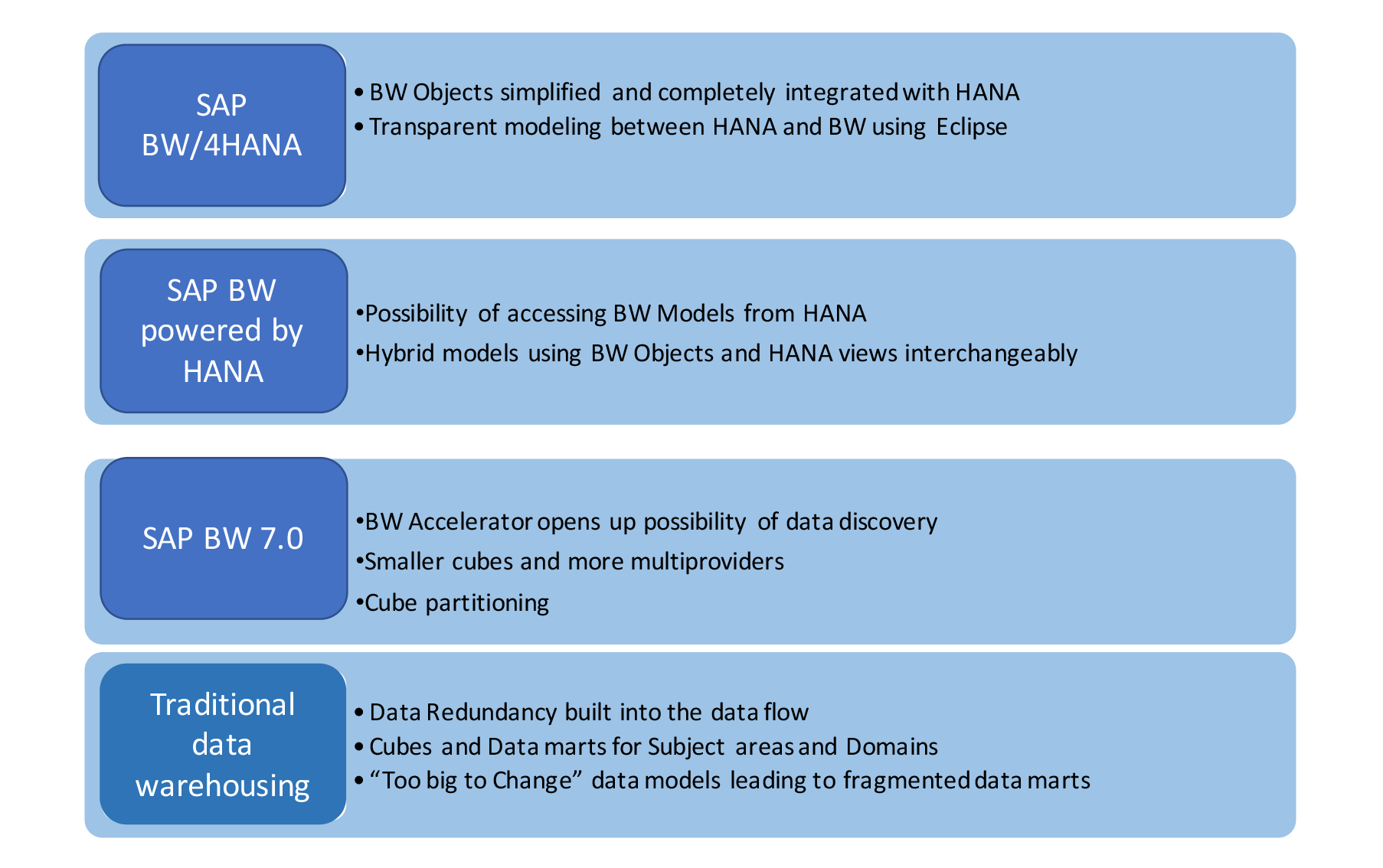 It covers only the dominant themes and the same have been shown to showcase how data models have evolved.

In effect, as SAP implements its vision for a grand, scalable, agile data warehouse, existing users are also being looked carefully. SAP is making every effort to ensure that existing landscapes and systems can benefit from the same instead of having customers start afresh.

Arun started his career as a Business Analyst in the Business Intelligence space, mainly dealing with data and process modeling for enterprise data warehouses. This then led to a career in SAP BW spanning close to 13 years and counting, over which he has worked with many customers to help them reimagine data warehousing by making the fullest use of their data warehousing platforms. He was also recognized as an SAP Mentor in the SAP BI Space for his contributions to BI and BPX. Coming from a business background, he likes to look at requirements from a data warehousing angle and compares and contrasts traditional data warehousing and the same on the SAP Platform, often educating customers that SAP BW does everything that they require and some more.