Global Finance Shared Services (GFSS) is a key department at SAP operated by highly engaged and skilled employees creating value for customers such as business partners and internal stakeholders alike.

GFSS is responsible for the shared delivery activities of the finance processes at SAP such as Order-to-Invoice Software & Maintenance, Order-to-Invoice Consulting & Education, Procure-to-Pay, Travel & Expense, Record-to-Report, and Cash Collections.

Renowned for its operational excellence throughout SAP, GFSS delivers high-quality services, optimizes processes and locations, and focuses on the development of the people in their departments.

The global teams with a combined staffing of 1200+ people are highly diverse comprising of over 65 nationalities! With departments in Singapore, Dublin (Ireland), Prague (Czech Republic), Manila (Philippines), and Buenos Aires (Argentina), GFSS is currently hiring in most of those locations.

SAP offers employees great opportunities to advance in their careers. Employees in GFSS departments have visibly moved up the GFSS hierarchy into managerial positions, relocated across locations, or moved across the Company into new opportunities thanks to the initial experience they gained.

SAP puts huge effort into creating a workplace that attracts motivated, creative, and forward-thinking employees who are ready to help the world run better and improve people’s lives and the GFSS teams are no exception.

So, what do GFSS employees have to say about their department and SAP? Hear it from them below: 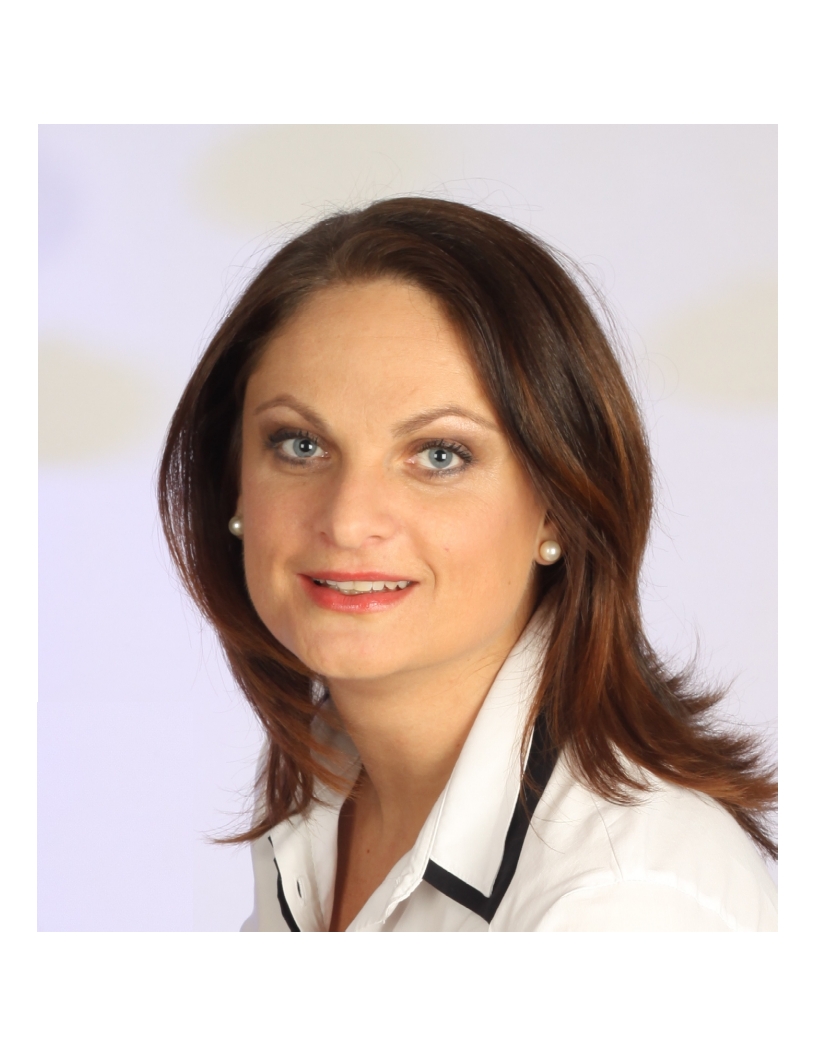 In less than an hour after Marketa’s interview at SAP, she received a call saying that she was selected for the position. For a fresh graduate, that was an amazing entrance!

While having two other offers on her plate, Marketa was certain that SAP was the right choice for her – the suggested start date was the day after her graduation in June 2006 and she would begin with a 3-month work shadowing in Paris. She didn´t hesitate a minute and accepted the challenge.

That first position was a Finance Operations Generalist responsible for SAP clients in France. After seven months in this role, Marketa gathered all her courage and applied for the role of an Accounts Receivable Team Manager for South-West European countries, for which she was successfully selected. Three years later, her responsibilities were extended and she became a Cash Collection Delivery Manager responsible for collection activities within the EMEA and Latin American countries. Still determined in her career, Marketa took over the role of Order-to-Invoice Delivery Manager and in February 2014, she became Finance Operations Manager assigned to implement a new global travel concept in SAP, managing teams in Singapore, Manila, Buenos Aires, and Prague.

Marketa’s most recent promotion was in June 2016, when she joined the GFSS Senior Management team and became the Head of Travel & Expense. She is responsible for the entire GFSS Travel & Expense department, in charge of not only people and their development but also processes and enhancements, projects, and customer satisfaction.

“This role is extremely motivating for me and it feels really good to be contributing to the strategic decision-making process while meeting so many inspiring individuals. Working in SAP is truly a dream job; imagine that, along with a dynamic career development over those 10 years that I have been working for SAP, I have also managed to have two babies while being on maternity leaves for 12 and 6 months! During that time, I stayed in contact with my team to not lose track of what is going on within the department.”

From the moment of Marketa’s first interview, she was very impressed by the drive she could feel from the recruiters during the interview. Today, she can only reiterate the strong feeling of being part of a large family of great professionals and the possibility to cooperate with so many unique people on common objectives.

“Each and every colleague is a hero in my eyes. I work in an environment of dedicated and friendly people who will always do the possible and the impossible to reach the goal. We have a culture of friendship and mutual trust. I believe this is a special thing about SAP that makes all the difference.” 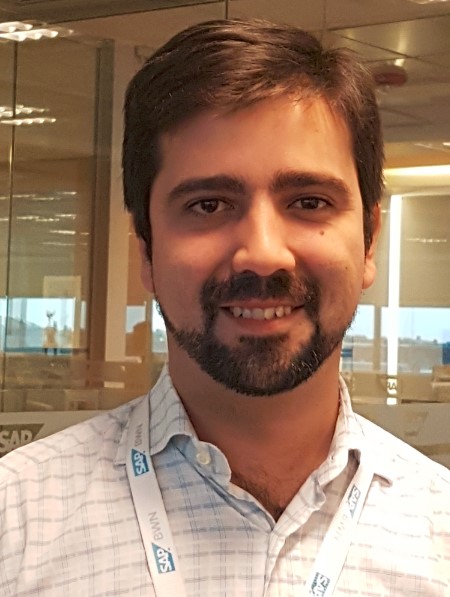 For Pedro, the best experience is when someone from his team grows within the company. To him, it’s like scoring a last minute goal! Like SAP itself helping the world run better, Pedro believes in trying to make a difference in people’s lives providing them with the tools they need to achieve success, understanding their needs, and helping them achieve their best performance possible. Pedro knows that as long as you have a learning mindset, opportunities to grow in the company will come. And Pedro himself is proof of this.

Pedro is the Finance Operations Manager for Order-to-Invoice within GFSS. He manages the team that generates the invoices and revenue for Latin America for software, cloud, and maintenance. But his career at SAP began back in 2009 when he was hired as a Finance Operations Analyst for Procure-to-Pay. Two years later, he became a Finance Operations Specialist, giving him great visibility into different levels before he was promoted to a managerial position the following year. In 2014, Pedro was offered a chance to move to Manila to grow an auditing team and to establish the location as one of the main GFSS hubs. He lived in Manila for 2 years, building the hub from 5 initial colleagues to over 100 by the time he returned to Buenos Aires.

Like so many others, it was the company culture that attracted Pedro to SAP.

“I had always heard a lot of positive feedback about the Company but it was in a strange twist of events, when a friend of a friend mentioned that he was working in SAP, and from that moment on, I started to bug him to see if SAP was hiring. I was hired for a position, which coincidentally I would later manage and even became the manager of the person that referred me!”

Pedro really believes in SAP thanks to experiencing its growth opportunities first hand. In fact, even for Pedro, his favorite moments at work are when he meets with his team members and gets the time to talk about their career progression.

“It’s a huge honor having the opportunity to work with leaders that are inspiring and so experienced. At the same time, it requires a quick learning curve and fast onboarding, but it is very rewarding and sets a good foundation for future development. Information is key and getting to know the company is essential in understanding its opportunities.”

Although not sure of what he wanted to be while growing up, Thomas knew he wanted to be in the software industry due to its innovation and constant re-invention. And since his brother worked for SAP, he recommended Thomas to look at the company. Thomas was hired as a Finance Associate but with supportive managers who believed in him and backed his development, he too became a manager after a year and a half. Since then, he has further progressed to Head of Location and joined the Office of the CFO.

“SAP invests heavily into the development of its people with specifically designed programs, workshops, courses, and much more.”

For Thomas, he was able to expand his knowledge and also mature as a person – still learning every day. Thomas believes this is what counts and job progression is only a consequence of this.

If there is one word that Thomas would use to describe SAP, it’s “exciting”. According to Thomas, working here is “anything but routine”.

According to Eva, her job and working environment is her second home – and the people she works with are her second family.

Eva is the Finance Operations Manager in GFSS’ Accounts Payable department. Eva’s role requires not only people and team management skills but also a strong focus on processes and systems. Because Eva oversees the hiring, performance, and development of her team, she tries to find the best balance to keep her team happy & motivated to eventually deliver the best results to the Business.

Due to Eva’s early return from maternity leave and SAP’s flexible working options to accommodate her, Eva goes into the office about three times per week, mainly to conduct interviews and hold meetings. In the beginning, it was challenging for the team to get used to a new model where they do not have their manager on site every day, but ultimately this gave her team a lot of freedom and established strong trust levels between them.

Though people are generally aware that SAP is a dynamic, fast-paced environment, Eva believes that the possibilities SAP offers for personal development are really exceptional.

“There are really plenty of programs for learning and development for everybody” she says.

Eva began her career as an associate at SAP in 2009. She was looking for an ideal company culture and SAP sounded like the perfect place after her friend recommended the Company as one of the best employers in the market. Eva wanted to be a part of it. After two years, Eva was promoted to a specialist role and a year later she was promoted to be the Finance Operations Manager.

“I love my job because I love seeing the pride in my team when they reach their goals. The majority of my colleagues are people who love to learn, who are able to cope with challenges that the role in Finance brings, and people who see the power of ‘one team’ spirit. The best part of the day is simply the interaction with positive people around.”

We can go on and on about telling you why SAP is a great place to work. If you were thinking about a career with us, check out the open GFSS positions* in your area!

*Note: For ease of search please use the hashtag: #SAPGFSSCareers 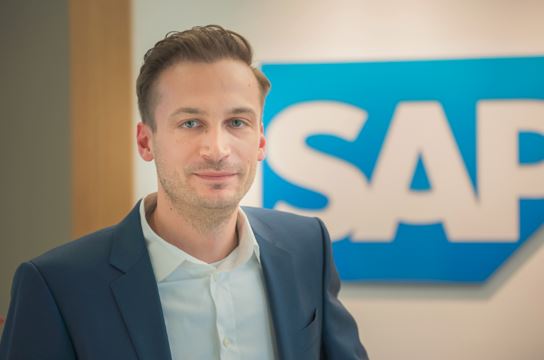 CIPFA is the leading accountancy body for the public services providing education and training in accountancy and financial management. Accounting Apprenticeships