Making empathy a tangible and heartfelt concept having only a small budget to spend?

Improving peoples’ lives and investing in team building at the same time?

Looking for a fun, hands-on activity to motivate your team during a short team meeting? Empathy with our end users, improving people’s lives, team building – many of our SAP core values combined into one short event! What did we do? 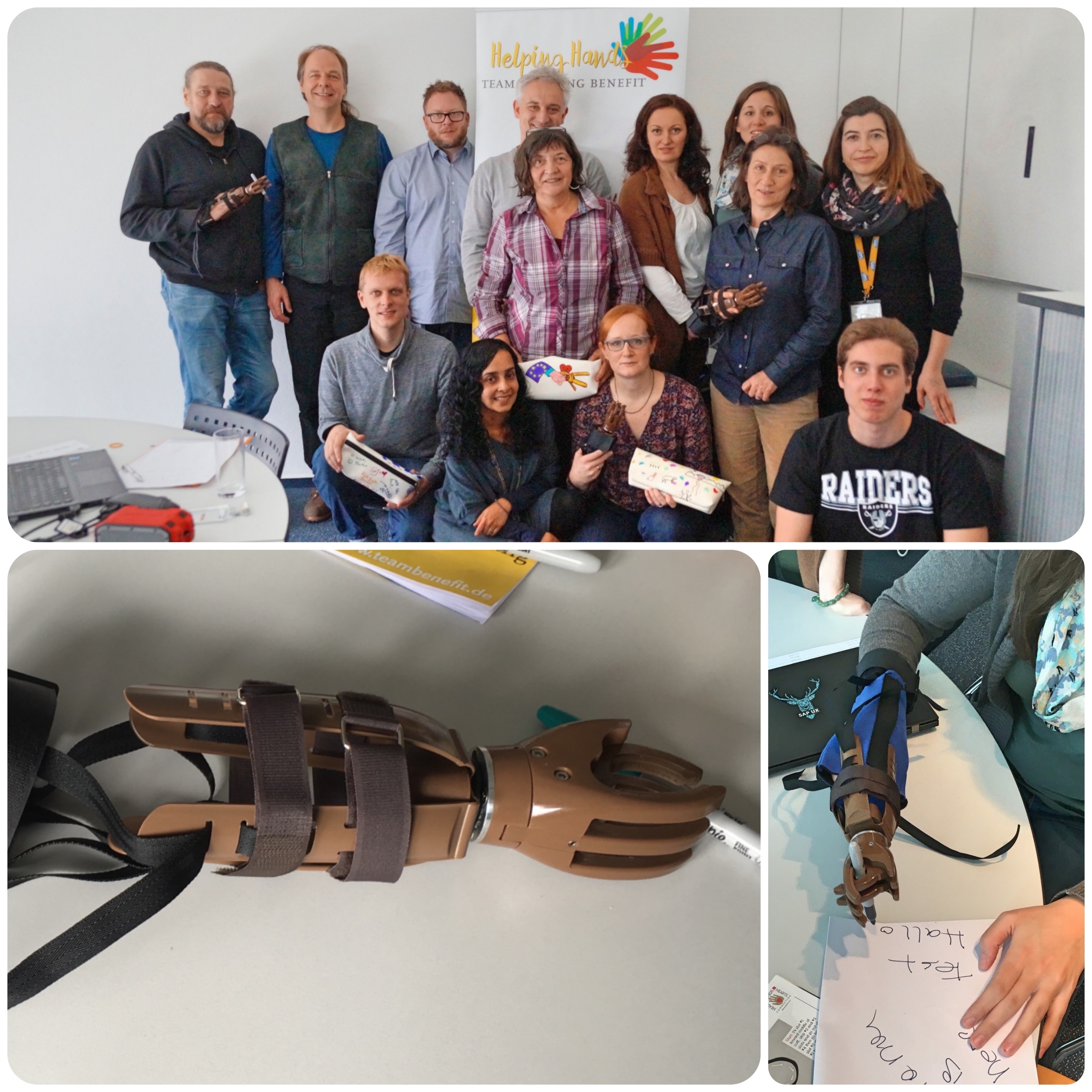 Within two and half hours the User Experience Design Team (BU IoT and Digital Supply Chain) built three prosthetic hands from a set of materials developed by an industrial designer a few years back. His goal was to provide a robust, low maintenance, affordable prosthetic hand for people in developing countries. This program has been available in other countries for some years already, but is relatively new to Germany (U.S., New Zealand and others).

The hands are distributed by the Rotary Club to people in need on so-called “fitting days” in countries like Cambodia, Uganda and Afghanistan. Receivers of these hands have little or no access to medical care. Most of them lost their hands in accidents when trying to tap high-voltage lines because they do not have the money to pay for electricity, or were injured by one of the million landmines still scattered around so many places in the world.

During our team’s offsite in St. Leon-Rot, we formed three groups of three to five people. Each group received an assembly kit including hand parts, screws and a rough instruction guide. Then we needed to figure out on how to put all the pieces together. 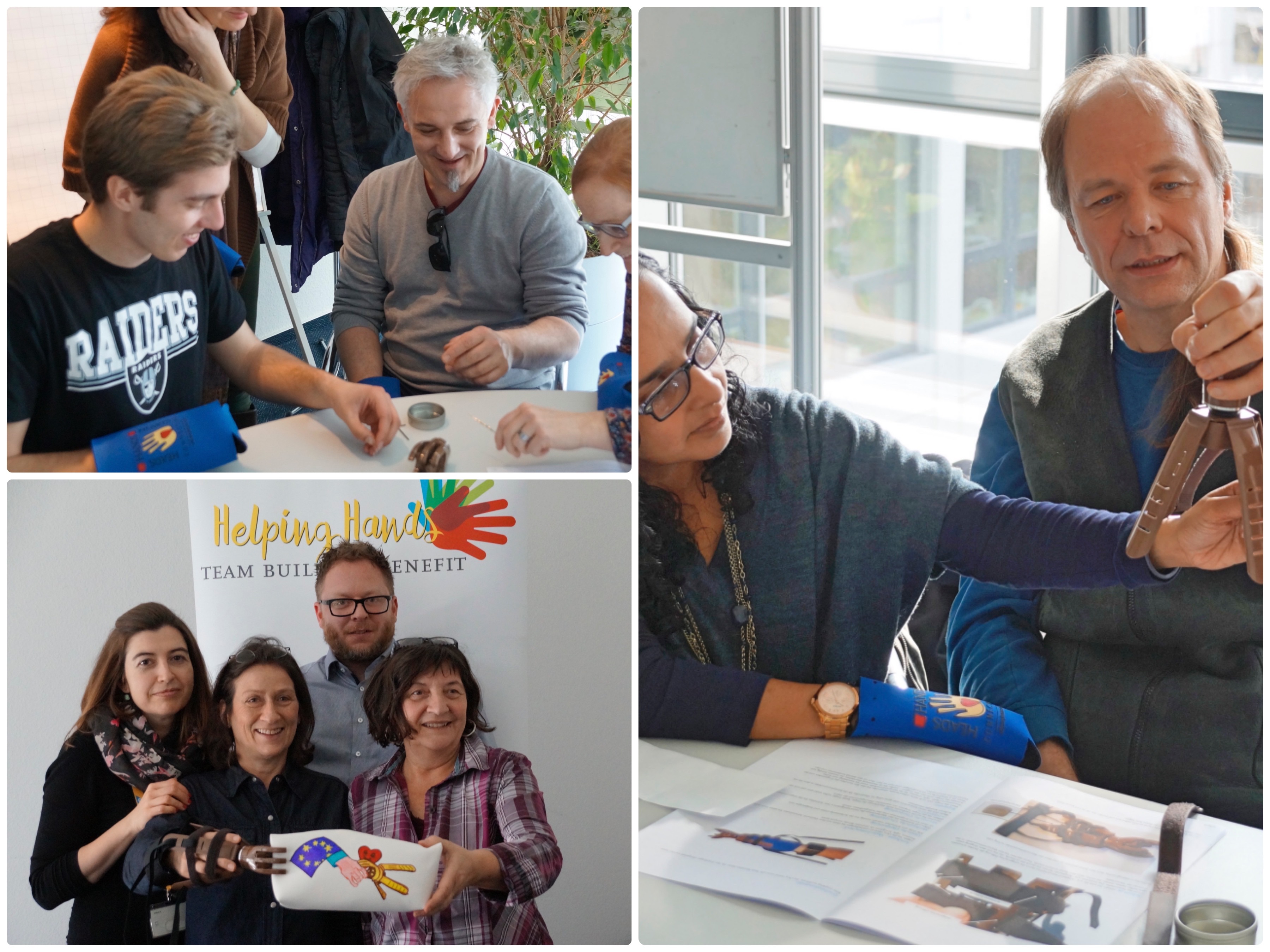 And since the goal was not just to work as a team, but also to feel empathy for the end users, we put ourselves in their shoes by covering our “strong” hand with a cuff. So, we were about four people working on one prosthetic hand: but instead of the regular eight hands, we had just four to accomplish the task, team work becoming an absolute must: one holding a piece of the assembly kit, another fumbling to get the screws and bolts into the right places, yet another one trying to use the screwdrivers with their “weak” hand…

We deeply “felt” the need of the future end user: How hard and cumbersome even the simplest tasks can be if you cannot hold an object with one hand while manipulating it with the other. How often you must repeat your actions twice or more because the object just slips away somehow. How difficult it is to get a small screw out of a plastic bag without holding the bag with “the other” hand.

In the end, we tested our newly built “product” and found out how robust, but still extremely useful it can be. We also “designed” a bag for the hand which will be given to the new owner with the photo of the team that built this hand.

By investing just these two and a half hours we made a real difference for someone in need, as the receivers will use their hands for a very long time. A fun, yet meaningful experience which impacted all of us profoundly:

We felt so much more like a team after having worked on a small project with high impact – something we will take back to our daily work here @ SAP.

Feel free to contact  Gaby Wenneker if you are interested in organising such an event for your team, or want to know more about our experience with Chris Gulley, facilitator of the event in Germany, or other details of the Give-A-Hand-Program.