Bridging IT was taking one for the community and hosted this event in their really nice new office above the shopping mall “Gerber” right in the center of the city, (I think they just wanted to show off a bit 😉 )

After a short wrap up about ADT and test-driven development (TDD) we started to actually code.

The 45 minutes lasting code sessions were about coding parts of “the game of life”, where we tried to achieve different aspects of TDD.

I think the first round was to get everyone familiar with the rules of “game of life” and ADT + TDD.

The next round was enforced TDD.

In round three we were not allowed to TDD for half of the time and then had to introduce unit tests afterwards. This was really a pain, because the famous A4H SAP system hosted by SAP was blocking the debugger and we ran into writing more and more tests just to find one error located somewhere.

The last round was ping pong. One person writes a unit test and the partner has to fulfill it. As last time in Weinsberg I partnered with @christian.guenter which resulted in a really great session with a lot of fun (even though his eclipse is configured to be nearly unusable for a normal guy without a Vi background) and a great result including the shortest version of the rules implementation I saw so far.

To wrap it up: It was great fun! I do not regret having my valuable Saturday spent with sitting in an office and coding ABAP.

I want to thank bridging IT for hosting this event and of course @damir.majer and @christian.drumm for leading this event in their free time 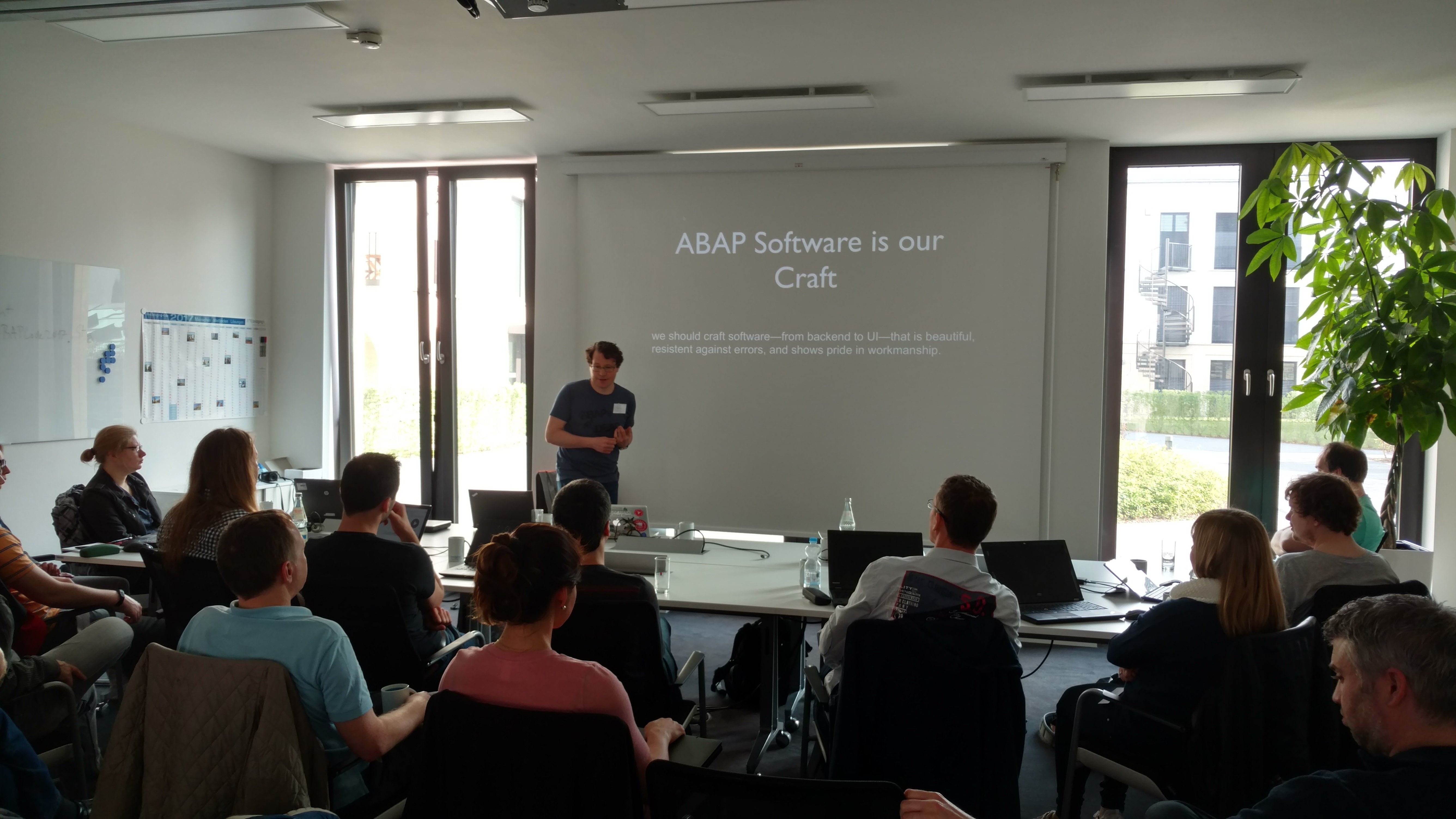 Thanks for joining and sharing your experience! And no, showing off was not at all my intention ?

Btw, you linked another guy with the same name!

Oh no! Sorry for that. I updated the post accordingly. How often did that happen to you already?

not often so far. Or I just didn’t notice it because I didn’t get a notification if somebody else is linked!

Hi David, great recap. It was a pleasure to pair with you, as always I learned a lot.

A few more times and you'll be a VI master 😉

I’m still wondering why you are so familiar to VI. I thought the VI generation is about to retire ?

Agreed, but I wouldn't buy that shirt 🙂 But as a editor for power user there is still a need for it.