After hosting two successul SAP Code Jams in 2014 (ABAP Developer tools) and 2015 (ABAP on HANA with Fiori), Ctac was very pleased to host a  third Cod Jam about SAP Cloud Platform and Internet of Things on the 30th of March 2017.

Between 10 and 11 AM we received our trainer Witalij Rudnicki, a.k.a. Vitaliy Rudnytskiy or @Sygyzmundovych, and our guests at our Dutch headquarters in ‘s-Hertogenbosch (perfectly pronounced by Vitaliy) with “worstenbroodjes” and “saucijzenbroodjes”. The program started at 11 AM.

After a short introduction into the Internet of Things, during which Vitaliy stressed the importance of SAP Cloud Platform for handling IoT-messages and devices in an easy way, we were all eager to try it out ourselves. 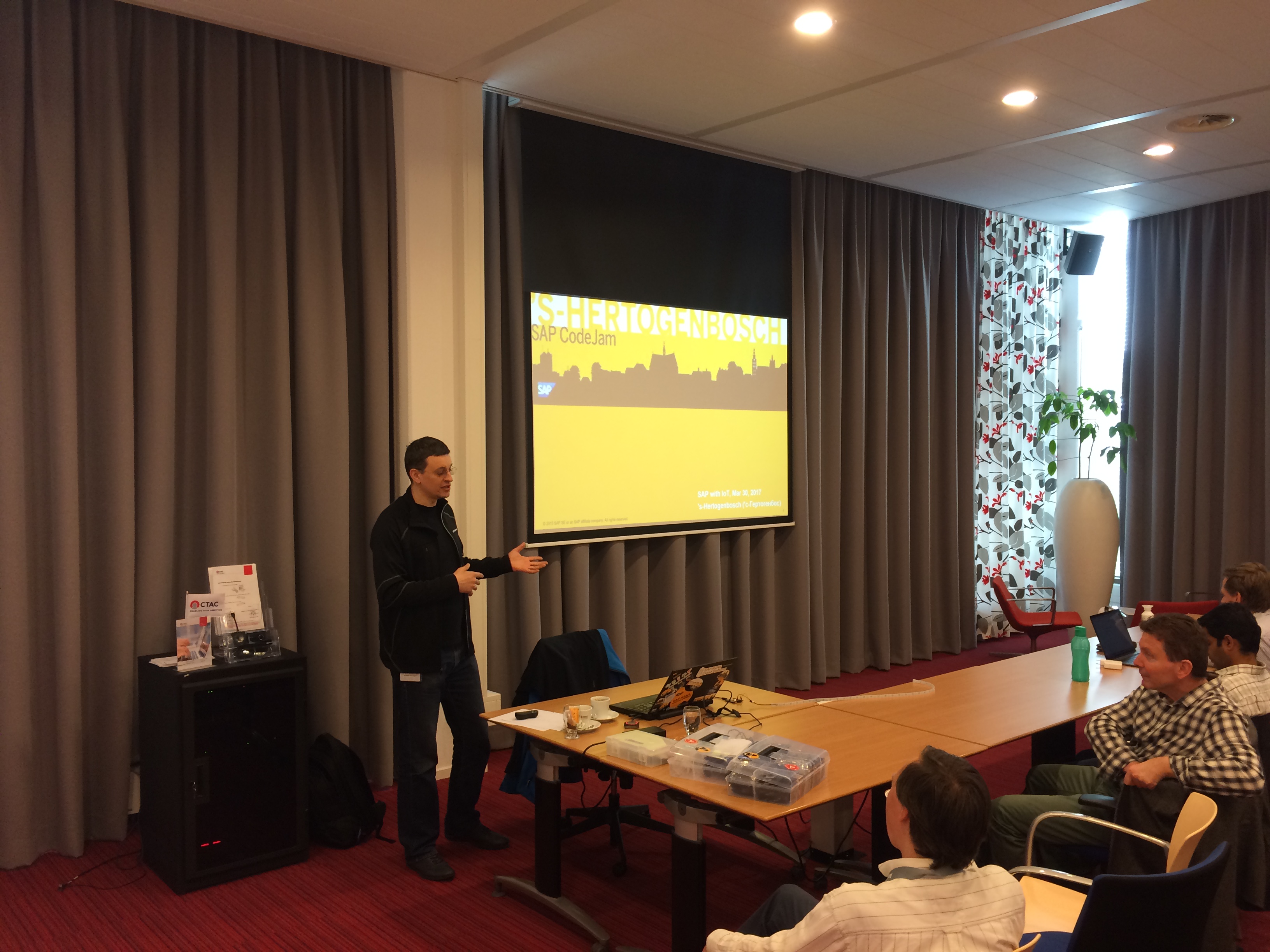 Following the steps, described in https://www.sap.com/developer/how-tos/2016/09/iot-tessel.html, we were able to quickly hooke up Tessel1 devices and modules, conveniently provided by SAP, to our laptops. After getting familiar with the commands to operate this device from the command line, we were running Javascript programs like climate.js or accelerometer.js within minutes, measuring temperatures, humidity, accelerations, taking selfies and trying out other fun stuff. 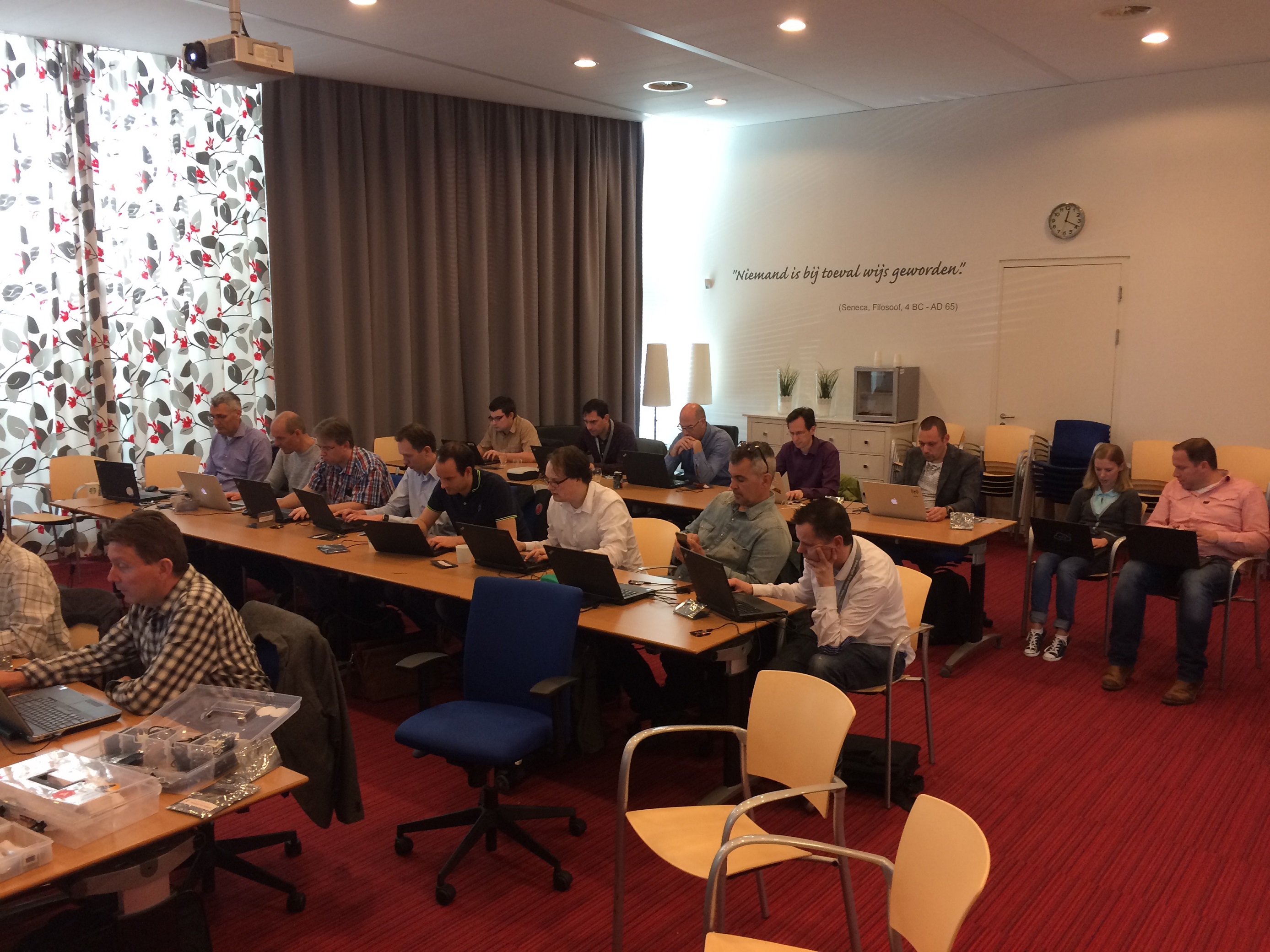 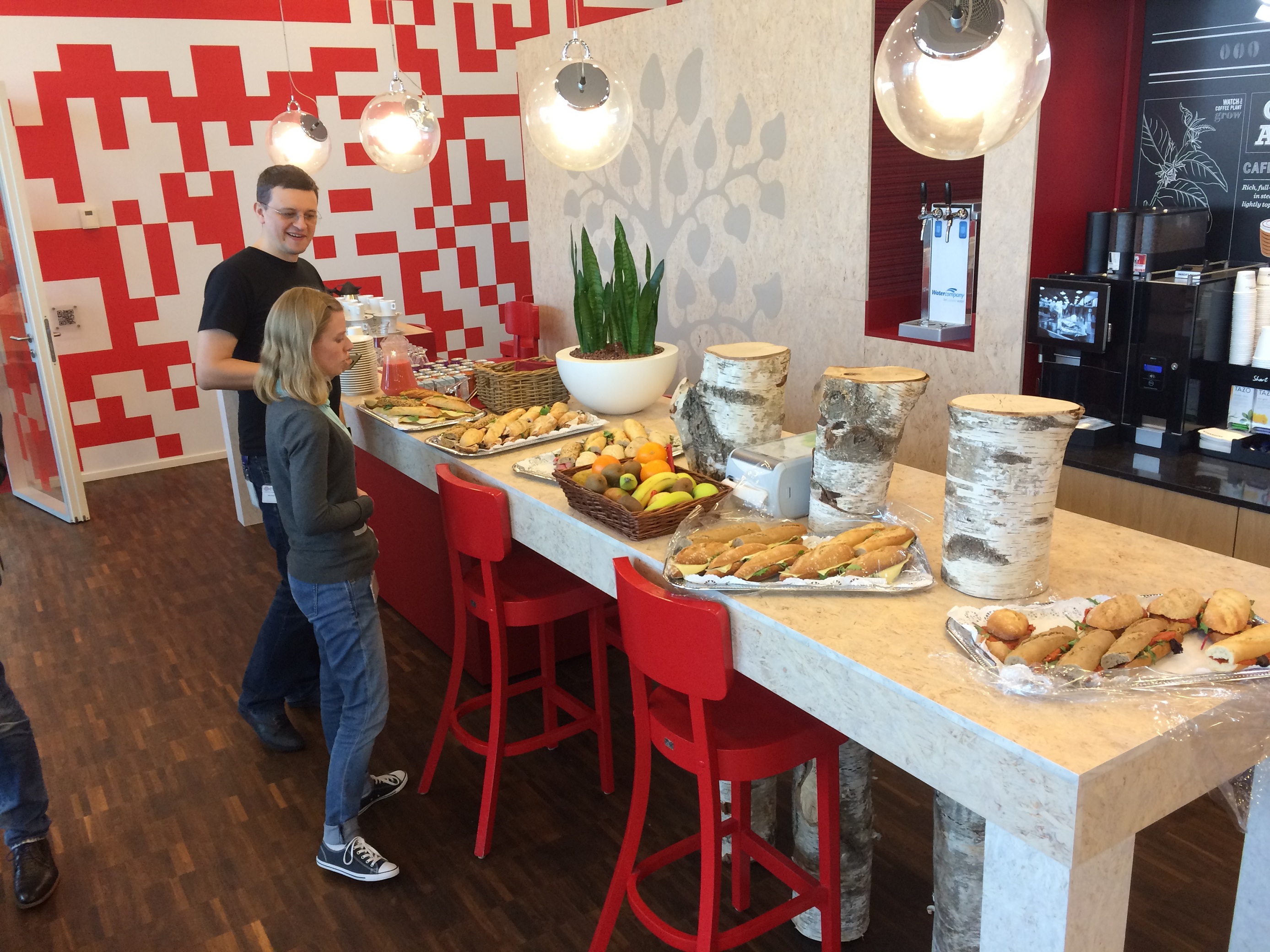 After lunch, we focussed on sending the IoT messages to SCP, following the step-by-step tutorial by Craig Cmehil (https://www.sap.com/developer/tutorials/iot-part6-hcp-services.html): enabling the Internet of Things service in our SCP Trial Accounts, setting up a message type, device type, and device, and changing the Tessel1 climate.js so it would send the messages to SCP lead to several ‘hurray’ moments. 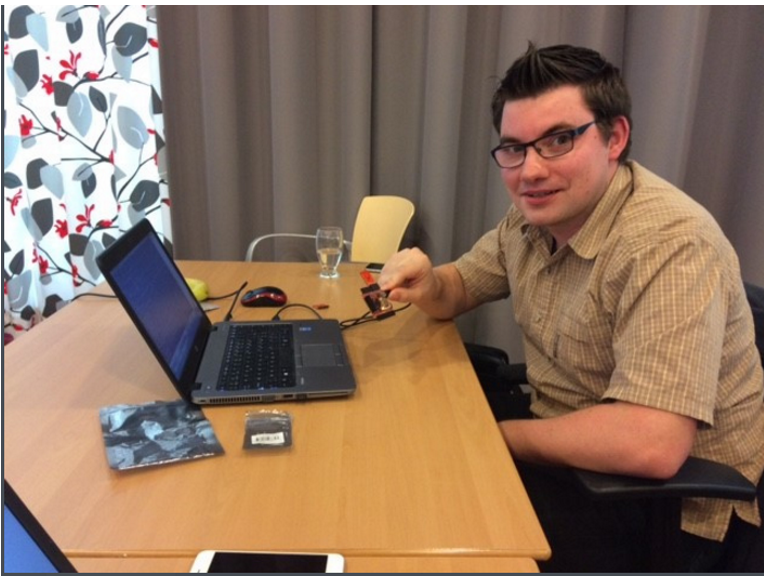 After this, Vitaliy concluded the workshop with some notes on HANA Vora, advertising the SAP Code Jam on this topic on the 26th of April 2017. For me, this was a very successful and fun packed Code Jam. Some reactions of attendees confirm this:

“SAP CodeJam ‘s Hertogenbosch: Internet of Things & SAP Cloud Platform. We were introduced with the Tessel device (with multiple modules). Vitaly (presentor) showed how we could connect devices to our cloud platform. We connected the modules from the tessel to our online apps to present real time data. All coding can be done in easy modifyable javascript files. Furthermore Vitaly presented to us the course of SAP Vora and what part it is playing in enabling data analysis.”

Hi Ben. Thank you for organizing this CodeJam, and having me as a presenter! I had fun, as it's always great to have such enthusiastic participants: https://twitter.com/sygyzmundovych/status/847751912795496449 🙂

And looking forward to my next CodeJam in the Netherlands next month to play with SAP Vora: https://twitter.com/fredverheul/status/847077323321028608