Is jQuery based UI Framework Obsolete?

Follow RSS feed Like
3 Likes 3,388 Views 3 Comments
On 2017-03-28 I visited a local customer who have been using our CRM on-Premise since 2010. The reason for this visit is that they have finished some reorganization and there are some new business process to implement after it. As the current 10 CRM Fiori application could not 100% fit with their business scenario, they are considering the possibility to build some custom application using Fiori, and would like to refer to suggestions from SAP.
Below is the proof I present to our customers why Fiori is recommended ( I translate into English ):
(1). Fiori consists of a large number of UI controls aimed at Enterprise application developed by top JavaScript developers in SAP. Those UI controls pass strict testing by SAP regarding functionality, usability, accessibility and performance. By developing on top of those controls, Fiori application developers can really concentrate on the implementation of their business logic. The final built application have a consistent look and feel.
(2). Fiori is a responsive UI framework, which achieves that develop once, and can run on any supported terminals listed in SAP help. No additional pack and installation is necessary which is inevitable for other open source UI framework.
(3). Fiori won Red Dot Award out of 4680 competitors from 61 countries in Design Concept Competition in 2015, which proves that the UX idea of Fiori has completely been confirmed by UX professionals.
(4). Fiori provides robust role based access control and authorization where the concept of PFCG role is reused. Customer do not need to apply any third party authorization solutions.
(5). Fiori has its dedicated software component and thus the upgrade is decoupled from CRM backend. While the backend version can keep stable, Fiori can be free to keep to latest version to benefit from continuous function enhancement and performance improvement shipped by SAP, no worry about any risks that this UI upgrade can have negative impact on backend.
(6). The maintenance and continuous development ( new function iteration ) can never be ignored in Enterprise application development. There are also lots of tool-sets provided by Fiori to help customer with automation test and regression test, mock server to separate frontend / backend development. All of those help customer improve their development efficiency.

The interesting point here is, I do hear another kind of invoice from some developers in customer company. They have different proposals:

Vue is another UI framework based on MVVM which has more than 48000 stars in Github.

(1). Fiori is too heavy especially when used in Mobile. Although Fiori has lots of built-in UI controls with product standard implemented by SAP, however the very controls customer frequently uses are only a small subset of them, and when building custom application especially in China, some product standard like accessibility are not so important. On the other hand Vue has lots of third party open source UI component library like element, 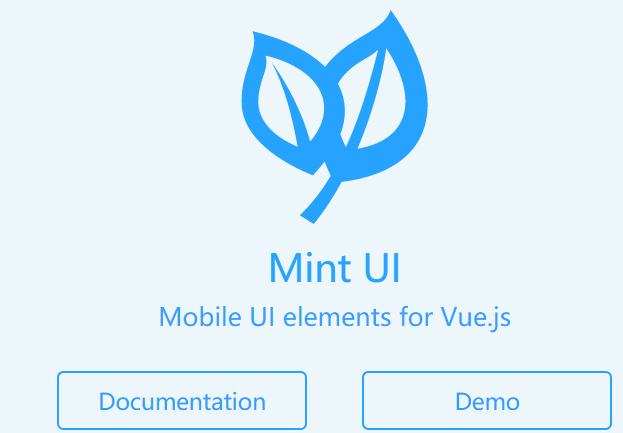 All those open source component library have lots of active contributors and can do the same good job as Fiori, at the same time they are very light weight.
(2). Use Weex ( A framework for building Mobile cross-platform UI, more than 13000 stars in GitHub ), frontend developers can now program with simple syntax to build JavaScript application which has almost the same performance and UX as native application.Its slogan is “Write once, run everywhere”.

I have free talk with their developers offline and they told me they have already finished some internal project using Vue + Weex and have the feeling that they really benefit from the improved development efficiency and better performance than Fiori. They have the opinion that the way to directly manipulate DOM in JavaScript code like jQuery and UI5 on top of jQuery, is obsolete now. The idea of MVVM in Vue and Angular is the future.

As a developer myself, on the one hand I consider it is good to hear from customers that some of them have different technical proposal to fulfill their business requirement. On the other hand, during my presentation, I emphasize the fact that we are now building Enterprise application, not tiny application for personal users. Just take Fiori controls for example again. Although it looks quite trivial when taking each control out alone from end user point of view, such as a button, a text field, a label, however behind it the control developers in SAP do spend quite a lot of effort to ensure those control can work perfect on every supported device and every supported version of every supported browser. I am not sure whether this is still the case for mentioned open source component library in Vue ecosystem. Choosing Fiori means you can receive stable and continuous support from SAP, which might not be always available in open source community. I don’t know much about Vue, I am not sure whether it is really mature enough to build Enterprise application.