The Wait for an Organ Transplant: Andy Vavra’s Story

When you cut through the medical jargon of any diagnosis, you’re left with a person, scared and looking for answers. In 2012, when SAP employee Andrew Vavra heard the words pulmonary idiopathic fibrosis, he was certainly scared. But he quickly found that the answers to a smooth recovery came not only from the hospital, but his employer.

“Pulmonary idiopathic fibrosis is an extremely rare lung disease,” explains Andrew. “Idiopathic means that the doctors have no idea what caused it. Essentially, it’s an irreversible and incurable scarring of the lungs, which progresses until your lungs no longer work. There are medications that slow it down, but nothing cures it.”

After his initial diagnosis, Andrew consulted with his doctors and decided the only option was a lung transplant, a rare procedure in itself—only 1,000 were performed in the United States during the first half of 2016. There are also strict guidelines for transplant eligibility and many patients die waiting for the transplant either due to the progression of the disease or a lack of donated organs.

Determined to achieve and maintain eligibility, Andrew underwent a series of tests. When doctors found a small issue with a valve in his heart (the result of a childhood illness), Andrew even elected to have voluntary surgery, without which he would be deemed too risky for a transplant.

“I think the doctors knew how committed I was at that point,” says Andrew.

As for work, Andrew, who had been at SAP four years at the time of his diagnosis, kept in close communication with his manager. They developed a plan that would enable Andrew to work out of his home office and remain in good standing with the United Network for Organ Sharing’s (UNOS) requirements for a transplant, namely that he not get sick and remain with two hours of his hospital at the University of Pennsylvania. Anticipating that the call from the hospital could come at any moment, Andrew and his manager worked with HR to put everything in place so that with a “flick of the switch,” as Andrew puts it, all the necessary SAP insurance and disability benefits would kick in. 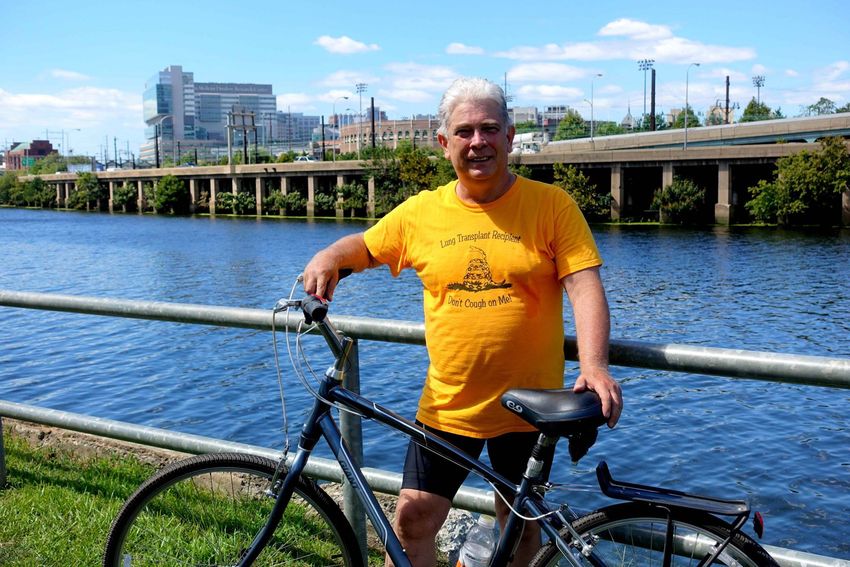 “I was actually in the middle of a call with my SAP team when the phone rang. I ignored it. Then it rang again and when I saw that it was from the hospital, I answered. They said ‘We have a lung for you. How quickly can you get here?’ When I got back on the team call to tell my manager, he said just one word, ‘Go!’”

Andrew’s transplant was a success. To date, he has had no complications and actually returned to work in September 2016. Although absent from SAP for an extended period, Andrew was guaranteed his job back upon recovery, something not all employers offer. He also experienced firsthand the tremendous healthcare benefits SAP offers.

“There was not a single worry about getting the best medical care possible. There was never a question of whether or not something was necessary, or about the cost of an operation. A designated care manager even called me during my recovery and nine weeks of pulmonary rehab just to see how I was doing.”

These days, Andrew has taken up cycling. What began as a way to train his lungs and regain muscle mass has become a passion. On September 12, 2016, he rode his bicycle from the front door of his house 35 miles to the front door of the hospital at the University of Pennsylvania. In the future, he plans to do a trail from Pittsburgh, PA, to Washington, D.C.