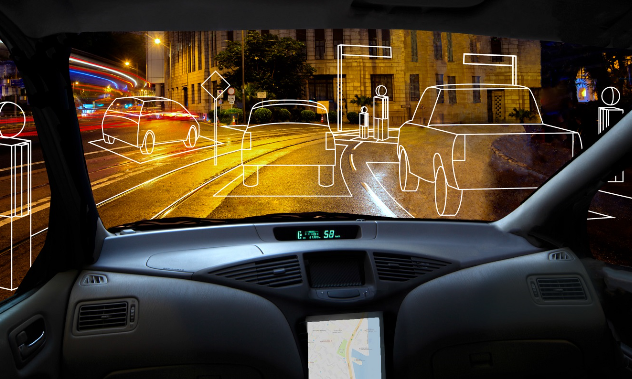 By Dan Wellers and Larry Stolle

In just one year, self-driving cars have gone from the theoretical to the imminent. Major manufacturers are leaping into development. The U.S. Department of Transportation issued new rules in September giving the federal government broad oversight over vehicles operated by software rather than by humans. Discussion of the technology’s pros and cons has become a staple in publications as mainstream as the New York Times. But now that the first fatality has occurred, we need to take a closer look at the implications and challenges of autonomous vehicles.

At the moment, the focus is on self-driving versions of today’s automobiles. However, autonomous vehicles also include taxis, buses, delivery vans, long-haul trucks, and more. Any vehicle that meets the fundamental need to move passengers and/or cargo from point A to point B may soon include multiple exponential technologies – machine learning and artificial intelligence, sensors, drones, cybersecurity, and at some future point, super materials – that allow it to pilot itself under some, if not all, circumstances.

Whether autonomous vehicles will hit the road is no longer a question; some of them already have, and others, like the autonomous trucks being developed by Otto, a startup recently acquired by Uber, are on their way. What we need to be asking now is when self-driving cars will change lanes from experiments and curiosities to the mainstream – and how long it will be before they dominate. These factors will heavily influence the answers:

Technological limits. So far, machines can’t duplicate the sophisticated, intricate choreography that human drivers perform every day. Nor can they correct for catastrophic human error. The Tesla in June’s fatality failed to “see” a white truck against a bright sky, but it wasn’t designed to operate without any human intervention. The driver failed to override it, reportedly because he was not only speeding, but distracted by watching a movie on the car’s dashboard video screen. While current technology can achieve something very near autonomy, the last few steps still promise to be a big leap, in part because we don’t yet know where to draw the line between requiring human intervention and forbidding it. That line will shift as we become more comfortable with the technology and as technology itself advances. Moreover, security will have to become a higher priority as vehicles become just another set of endpoints in the Internet of Things.

The so-called “Trolley Problem.” The technological limits of self-driving vehicles are inextricably entwined with this iconic thought exercise, which asks whether it’s better to do nothing and let a runaway trolley hit five people on its track, or to actively participate in killing a single person standing on another track by pulling the lever that diverts the trolley. Self-driving vehicles will force us to confront similar ethical issues, and soon. They will have to learn what to do when a collision is unavoidable, but what will we teach them about whose safety to prioritize? Children over the elderly? Pedestrians over other drivers? The people in the vehicle over everyone else? Or should we simply instruct them to minimize injuries and deaths, even if their own passengers end up among the casualties?

Infrastructure limits. Current infrastructure is made for vehicles with human drivers. It’s going to need an overhaul if we hope to achieve the efficiency autonomous vehicles promise us. Our current infrastructure is crumbling in some areas and will need to be adapted in the short term to carry higher volumes of traffic. Traffic lights, signals, and signage may have to be enhanced (perhaps with their own sensors and beacons) so autonomous vehicles can detect them even in the brightest sunlight. Parking spaces and parking structures will need retooling to make it possible for cars to come and go as they’re summoned and allow payment when no human is present to feed a meter. On a positive note, if mass adoption of driverless vehicles reduces both the number of vehicles and the between-vehicle spacing that’s needed for safe operation, we could finally redesign roads to take up less space and free up real estate for more attractive purposes.

Mapping issues. Current autonomous vehicle technology requires highly detailed maps. Not every road is mapped to the necessary detail, and roadwork can make any map obsolete overnight. We’ll need either to raise our mapping game or develop GPS technology that includes enhanced geolocation features and isn’t entirely reliant on maps.

Resistance to change. Although an estimated 10 million driverless cars are expected to be on the road by 2020, many drivers – whether out of love of driving or a broader aversion to being told what to do – may fiercely resist any pressure to adopt them. This will change as the technology develops and is proven safe, especially as older adults realize that an autonomous car can drive them when they no longer have the reflexes, vision, or strength to drive themselves. After a generation or two grows up with self-driving cars as the norm, manually operated cars are likely to be the purview of collectors, hobbyists, and other niche enthusiasts.

Google and Tesla, which currently dominate the discussion of autonomous vehicles, are taking different paths to the technology. Tesla is working on perfecting its autopilot while reminding drivers (not always successfully, as June’s accident proves) that the technology is meant to assist rather than replace them. Google, by comparison, is simply designing test vehicles under the assumption that human drivers will make mistakes. Its experimental self-driving cars lack brake pedals, accelerators, and steering wheels; they’re packed with impact-absorbent foam and plastic windshields; and their top speed is a far from blistering 25 mph. Of course, these won’t hit the U.S. market as long as the government requires human controls in vehicles, but they suggest where we might be heading.

Traditional car manufacturers are also picking up the pace. Toyota, currently the world’s largest car maker, is creating an onboard system that only takes over when the human driver makes a mistake. BMW, Ford, and Nissan are also steering their research toward creating autonomous vehicles, while Spanish automaker SEAT has partnered with Samsung and SAP to present “a new concept for the connected car.” Built on the SAP Vehicles Network, this currently includes a smartphone app that integrates the car key and lets owners start, stop, and share access to the vehicle remotely, as well as a different app that lets drivers find, reserve, and pay for a parking space using fingerprint verification, both features that are also building blocks for greater autonomy.

Similarly, SAP has introduced the SAP Vehicle Insights app, which gathers driving and maintenance information about individual vehicles and entire fleets. This type of information will become relevant to managing fleets of self-driving cars as well.

Merging into a driverless world

When Henry Ford introduced the Model T in 1908, it may have been an early stage in the automobile’s evolution, but it created a mass market and gave rise to many of the rules of the road we still observe today. Similarly, we’re further down the road to autonomous vehicles than many of us realize. In fact, automated driver assistance systems like those that automate braking, alert drivers to hazards on the road, or show what’s in blind spots have already brought us a long way.

We still lack the central “brain” to control all the other automated systems, the heuristic learning and decision-making abilities to take the place of the human driver, and the infrastructure necessary to enable truly autonomous operations, and even as we solve these issues, new ones will almost certainly come speeding toward us. Yet the value, safety, efficiency, improved capital utilization, and other benefits of self-driving vehicles will far outweigh the costs of continuing to develop them – so buckle up, because we’ve got an exciting ride ahead.

We Invite you to join us at SAPPHIRENOW 2017 to see how technology is blurring industry boundaries, how the concept of mobility and its networked connection to cities, infrastructure, telecommunications, safety, utilities and other vehicles will drive cross industry business value and make customers lives simpler.

Learn more about SAPPHIRENOW and secure your spot today!

I hear the Rinspeed OASIS electric, autonomous concept vehicle may be showcased at the 2017 SAPPHIRE event in Orlando, May 16-18. Innovative SAP software and creative Rinspeed hardware for the new ACES (autonomous, connected, electric, shared) #world. Way to go SAP!