In Part One of this blog, I examined the inherent flaws in human cognitive machinery that lead to poor information processing and a flawed approach to knowledge discovery that make us all “naturally stupid”.  In Part Two, I’ll explore how we will overcome our natural stupidity, and evolve via “artificial intelligence”.

“Doubt is not a pleasant condition, but certainty is an absurd one”

In January 2000, Artist Edward Kac in conjunction with Louis-Marie Houdebine, a genetic researcher at France’s National Institute of Agronomic Research, embarked on a project to create a green colored rabbit. Alba the rabbit, an albino, was genetically engineered by splicing the green fluorescent protein (GFP) of a jellyfish into her genome. If Alba’s hair were removed and exposed to light, we would see a green rabbit.

Ignoring the ethical concerns of this research, it illustrates an important concept and change in the evolution of humans. We are moving past random Natural Selection into an era where we will intelligently design and control our own destiny.

We are becoming “Artificially Intelligent” despite the inherent limitations of the way the brain processes information.

Why are we evolving into the era of AI, and what are the implications?

From Cognitive to the AI Revolution

It is our ability to do both that sets us apart from all other animals.

In examining the last 30,000 years, Harari identifies the key “revolutions” that have enabled the age of Artificial Intelligence. 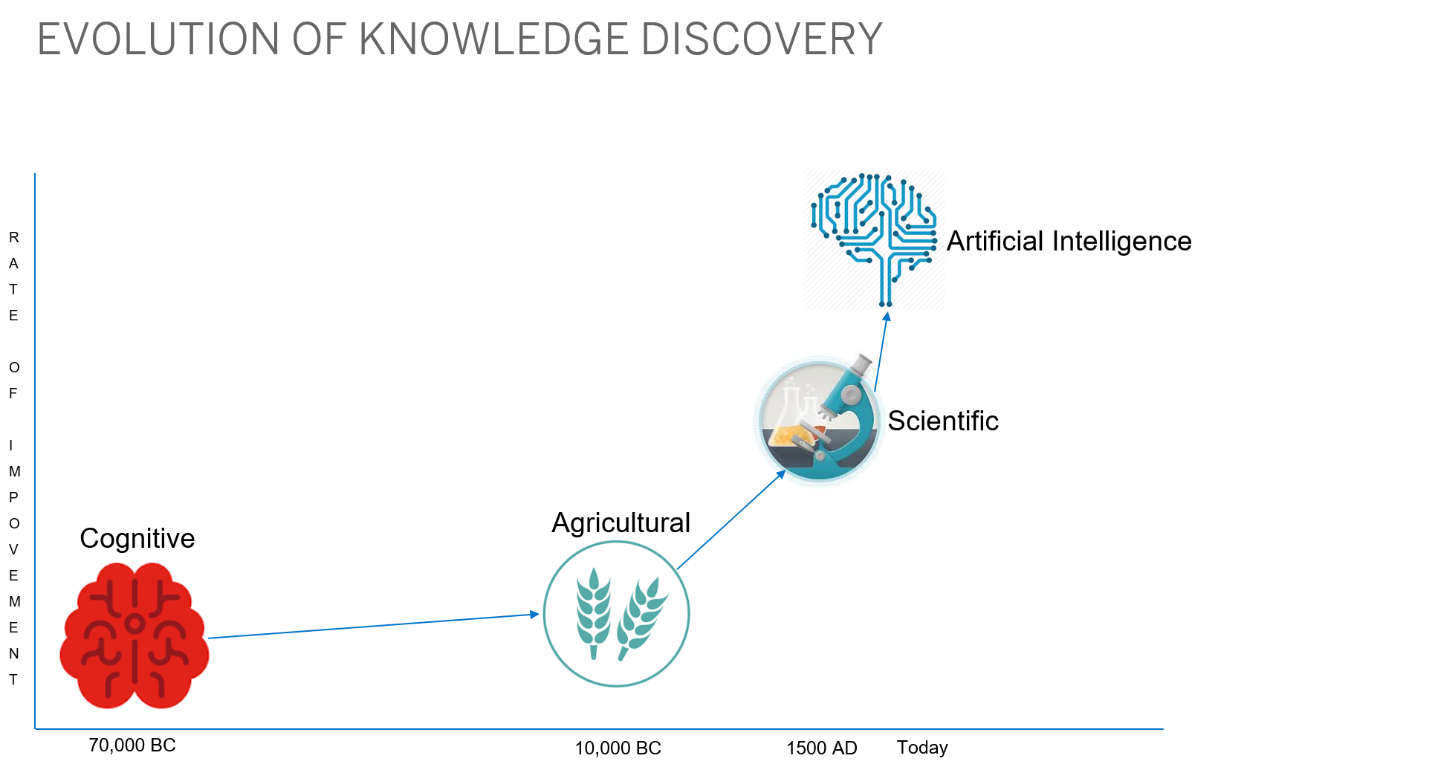 Harari defines these revolutions as:

Harari argues that the ability of Homo Sapiens to believe in “imaginary concepts” (like religion, ideologies, money, and perpetual economic growth) is what enables us to collaborate flexibly, and in large numbers.

This capability, combined with the exponential growth of knowledge acquired via the Scientific and Industrial Revolution, enabled humans to largely overcome our traditional challenges of famine, plagues, and war.

The evolution of knowledge discovery at an exponential rate will thrust us into a new age where we can control how or what we evolve into.

Implications of the AI Revolution for Organizations

As our process for knowledge discovery accelerates and authority moves from human to AI, we’ll need an agile approach for restructuring organizations.

Henry Minztberg, an internationally renowned academic and author on business and management, conceived of the Organigraph to graphically represent an organization’s structure and processes. Here is an example of an Organigraph. 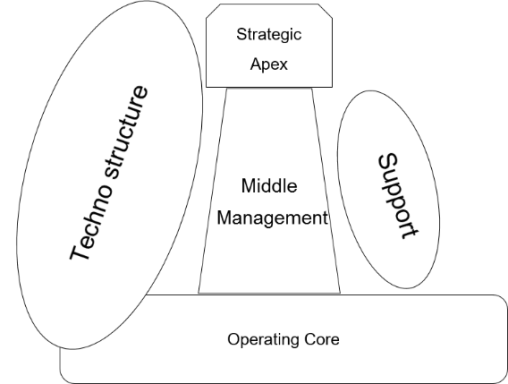 Minztberg’s theory is that an organization is split into the following five structures:

Each of these structures requires a coordination mechanism between tasks (like R&D and Supply Chain), and as we move into the age of AI and next generation supply chains they will need to evolve. Even white collar jobs where the coordination mechanism typically is standardization of worker skills and knowledge will morph into standardization of work output and process. The Techno Structure will soon become the most important part of the organization and it will require a process for AI powered innovation.

Organizations that want to grow and disrupt will have an Organigraph that looks like this.

Organizations, like humans, encounter complex evolutionary challenges and historically are subject to natural selection via market forces. Most big companies indicate it is their processes that lead to superior products and services and ultimately differentiate them in the market.

As Machine Learning and AI become main stream, one possible outcome is that traditional advantages will devolve. Whatever its size and position in the market, organizations need to welcome the paradigm shift.

Ultimately, if an organization doesn’t recognize the new rate of knowledge discovery and evolve via AI, it is unlikely to survive the revolution.

Read our other blogs in the series for more on artificial intelligence, machine learning, and predictive analytics.