GRC Tuesdays: Cybersecurity in 2017—Don’t be Afraid , Be Aware!

In today’s climate, it’s necessary for both small businesses and large, global enterprises to have comprehensive cybersecurity plans. Today, I’d like to discuss how vulnerable small businesses can be to modern cyber threats, and share how global enterprises  are largely unprepared for the EU General Data Protection Regulation (only 14 months away).

I was sure that it was a ‘bum dial’ when the name “Simon R” appeared on my phone close to midnight last Monday night. Simon’s son plays football on the same team as my son but, although we share a Whatsapp group, he’d never actually called me before so I was sure it was a mistake. Unfortunately, it wasn’t!

“Hi, sorry it’s so late. I’m just not sure whether you can help me but I didn’t know who else to call and I’m not sure what to do. My company has been hacked!”

Before this call, we had previously chatted at football matches a few times and we had been to some of the same parties but almost all of our shallow knowledge of each other came ‘virtually’ through social media. So with that limited information (and a fair amount of misunderstanding) Simon identified me as an appropriate person to contact for advice on his cyber breach.

When a Small Company Gets Hit with an Encrypting Ransomware Attack 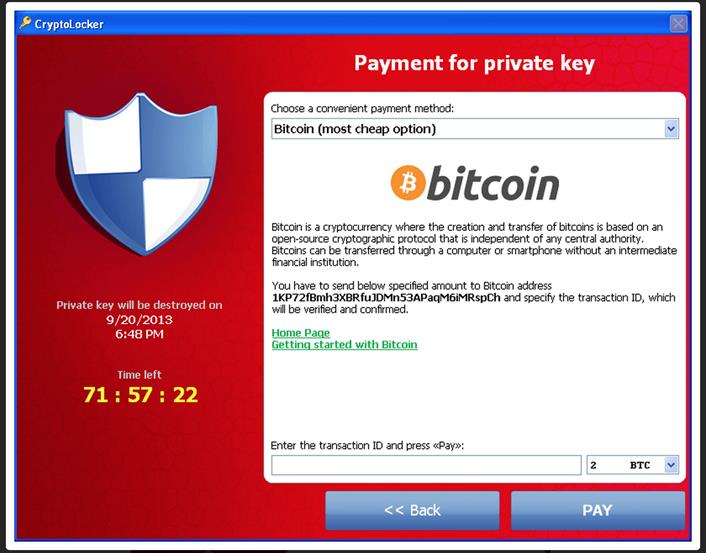 It wasn’t good news. His company was the victim of an ‘encrypting ransomware’ attack. The three machines in his office had had all their files encrypted and on initial investigation, all that could be found was a small text file indicating that the attackers would like paid through the Bitcoin Digital currency. Simon was a designer, not a computer expert , and unfortunately, he had completely underestimated how reliant his business was on the computers in his office. He had not considered a cyberattack as a significant risk at all. After all, he just used the computer for e-mails and research …. right?

Unfortunately not—all his business accounts were on those computers, all his employees’ human resources information and salary detail, all e-mails from clients (many of whom had sent ideas and designs with confidential information that he needed to work on). Gradually, he started to realize the enormity of his situation.

I explained that under no circumstances should he pay any ransom and that I would find a ‘real’ cybersecurity expert to speak to him about the possibilities of decryption. However, I warned that decryption may not be possible and he may need to just accept the situation and restore everything from backups. The silence at the other end of the line spoke volumes.

Computer backups had not been seen as a major priority for his company. When his backup tapes were ‘full,’ someone was required to walk all the way across the office to agree to the ‘overwrite’ prompt on the screen. Nobody had ever really been given responsibility for this task and soon it simply stopped being done. The most recently available backup was 11 months old!

A week later and the situation is still not resolved but is being managed. He has now engaged a computer management firm that will, in future, provide all network and application support, manage security and backups, and provide training to his team on an ongoing basis. He has had to accept the loss of tens of thousands of pounds and, more importantly, suffered significant reputational damage. For a small company fighting for a larger share in a busy market, they were completely blindsided by this.

“I just don’t understand why someone would target me,” Simon said. “Surely there

The Risks for Small Businesses

That, I think, is the biggest misunderstanding amongst many small business owners. The idea that someone would ‘target’ them seems so unlikely that cybersecurity is a minor concern. The fact is that his company was not targeted but simply received a mass spam phishing e-mail that someone in his office opened. THAT was the door opener. So he was not the victim of a targeted attack but had simply not prepared to defend against a random, hopeful, low complexity, high-volume attacks.

According to Symantec, cyberattacks against Small Businesses increased from 18% in 2011 to 43% in 2015. Attackers are realising that there is money to be made from smaller companies who put little thought into their own protection. The most important things are usually the simple things—a cybersecurity policy, education of employees, and, of course, strong passwords. 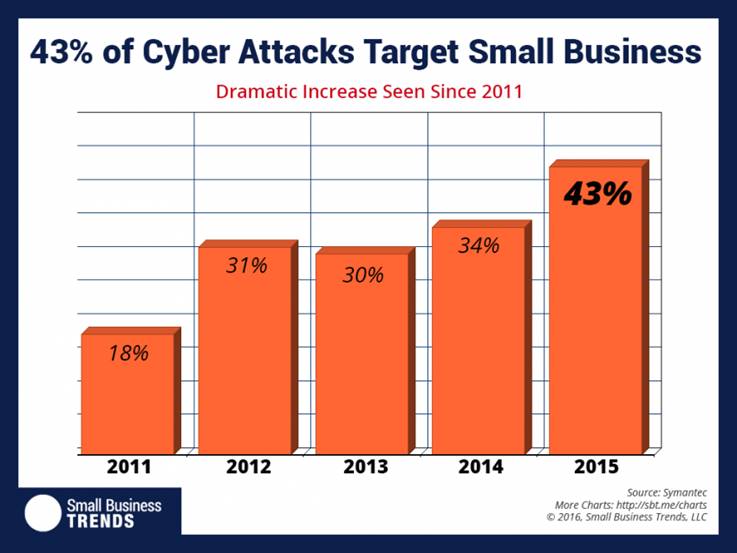 The Truth about Passwords

Using the very limited information I thought I knew about Simon, I asked if I could try to guess his password. As a Facebook friend, I knew that he had just turned 52, had a wife called Sara, three young boys, and a dog called “Sonic.” I knew that he went on a skiing holiday once a year, had parents who lived in Spain, and that he voted differently from me in the last election. He was a fan of US basketball, Spanish football, and cricke,t and had a frustrating tendency to misspell the words ‘their’ and ‘there.’ He often played something called ‘Boom Beach’ on his iPhone and repeatedly shared ‘People are Awesome’ YouTube clips. As a LinkedIn contact, I knew that he grew up in Cardiff and went to University in Leeds, started his career in recruitment consulting, and for the last 12 years ran a small, 8-person design company in north London.

Within two minutes of my guessing, he admitted that I had mentioned an approximation of his, his wife’s, and his corporate domain passwords. Honestly, he’s not alone—for twenty years, security consultants have continued to highlight the importance of ‘complex’ passwords yet it still seems that this message is not getting through.

You can easily download a list of the 10,000 most common passwords from this site to try a ‘brute-force’ attack but you probably wouldn’t need that many. The figures are shocking:

Also, using personal, yet relatively public information is vulnerable due to social media. Almost everyone today has a Facebook page, a Twitter account, and various other forms of social media. People post their birthdays, and their kids’ birthdays online. They give anyone who cares to look a glimpse at the most common dates and people in their lives – not a terrible thing but it should make you wary of using that same information to safeguard vital systems and data.

This experience was a painful learning experience for Simon— the realisation that even the smallest companies must consider cybersecurity as a major business risk. How could he have missed something so big?

“I’m so embarrassed,” he said. “I’m sure that if I ran a much bigger company, this would have been a much higher priority for me.”

I didn’t say anything because, unfortunately, I think that he’s completely wrong. Even large companies don’t prioritize cybersecurity correctly. Right now, we have the perfect example of how cybersecurity continues to be underappreciated by the majority of global companies. 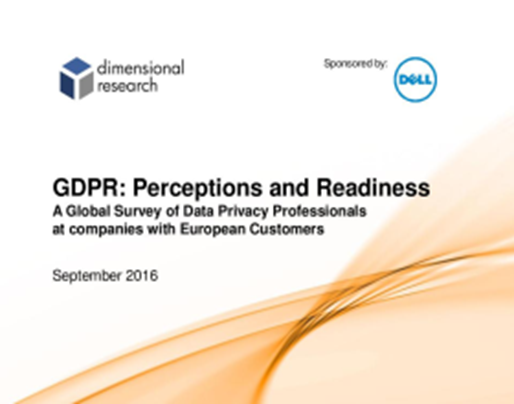 A small number of companies are rushing to prepare for the biggest overhaul of data protection regulations ever, the EU General Data Protection Regulation. Only 14 months away, massive fines promised, huge hurdles to overcome and yet, although a few companies are desperately seeking answers, figures suggest that the majority of companies are still totally unaware of what it entails or its myriad implications.

Perhaps some companies still persist with the myth that this is an ‘IT issue’ and not a C-suite problem. A recent global survey by Dell makes worrying reading and to conclude, I’d just like to bullet point some of the findings.

If you are interested in learning more about GDPR or how SAP can help answer some of the challenges, please feel free to contact me or your local SAP office.

Read our other GRC Tuesday blogs

It is true that it is necessary for both small businesses and large enterprises to have comprehensive cybersecurity plans.

Opening a mass spam phishing e-mail can be the door opener of an ‘encrypting ransomware’ attack.