With the test environment we provided the following features:

We have described this methods in an older blog (with video):

First of all, in order to use this new feature, you have to be on the correct software level (or higher): 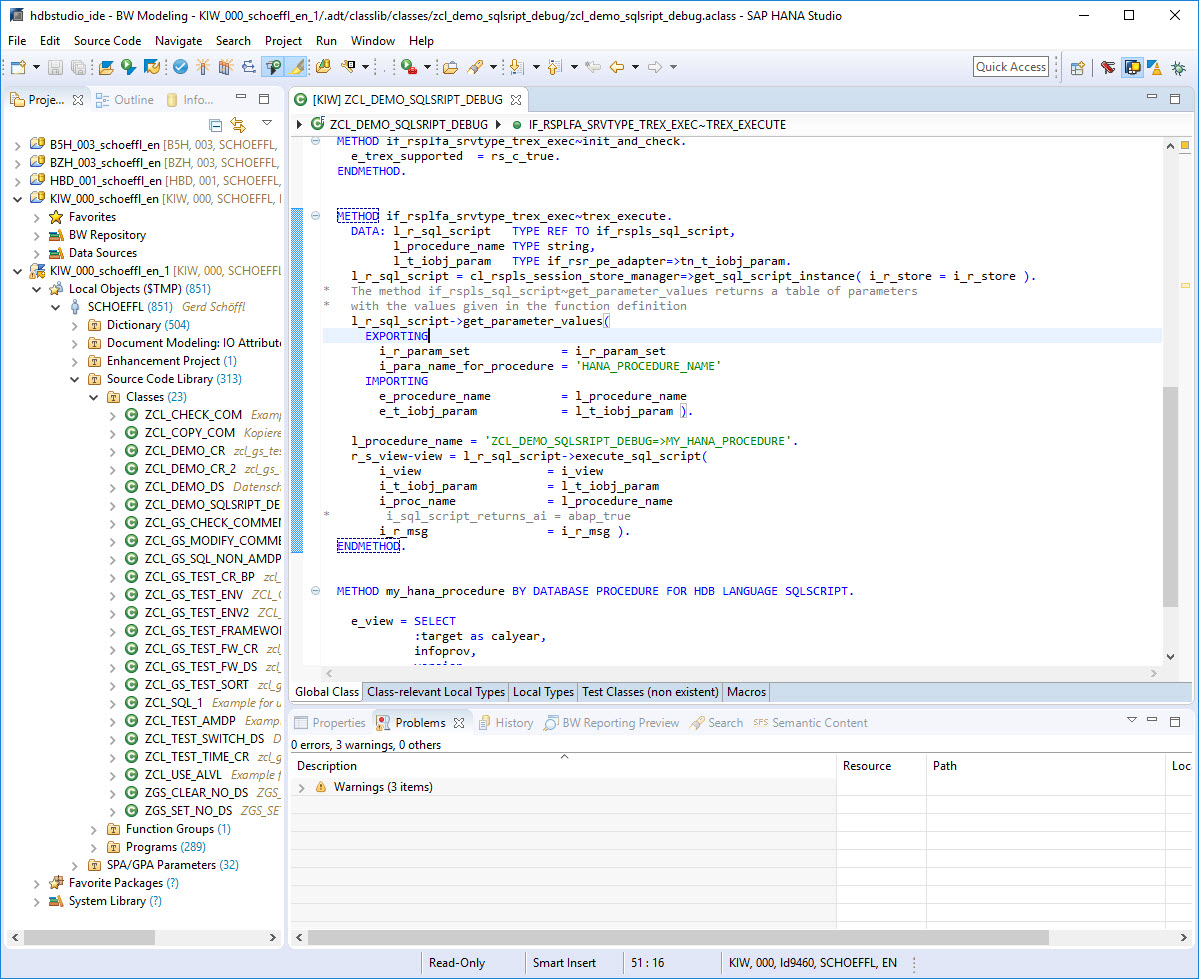 Now set an SQL-script break-point by simply clicking next to one of the SQL-script statements.

As soon as you execute the planning function the system will stop in the SQL-script. Thus the break-point works in a similar way as an external ABAP break-point. You can now go ahead and analyze your coding. You can also display the content of each of the used tables (incoming data, outgoing data, intermediate views,…) and execute the SQL-script coding step by step. As you can set break-point in different SQL-script procedures you can also debug though several planning functions within one planning sequence. 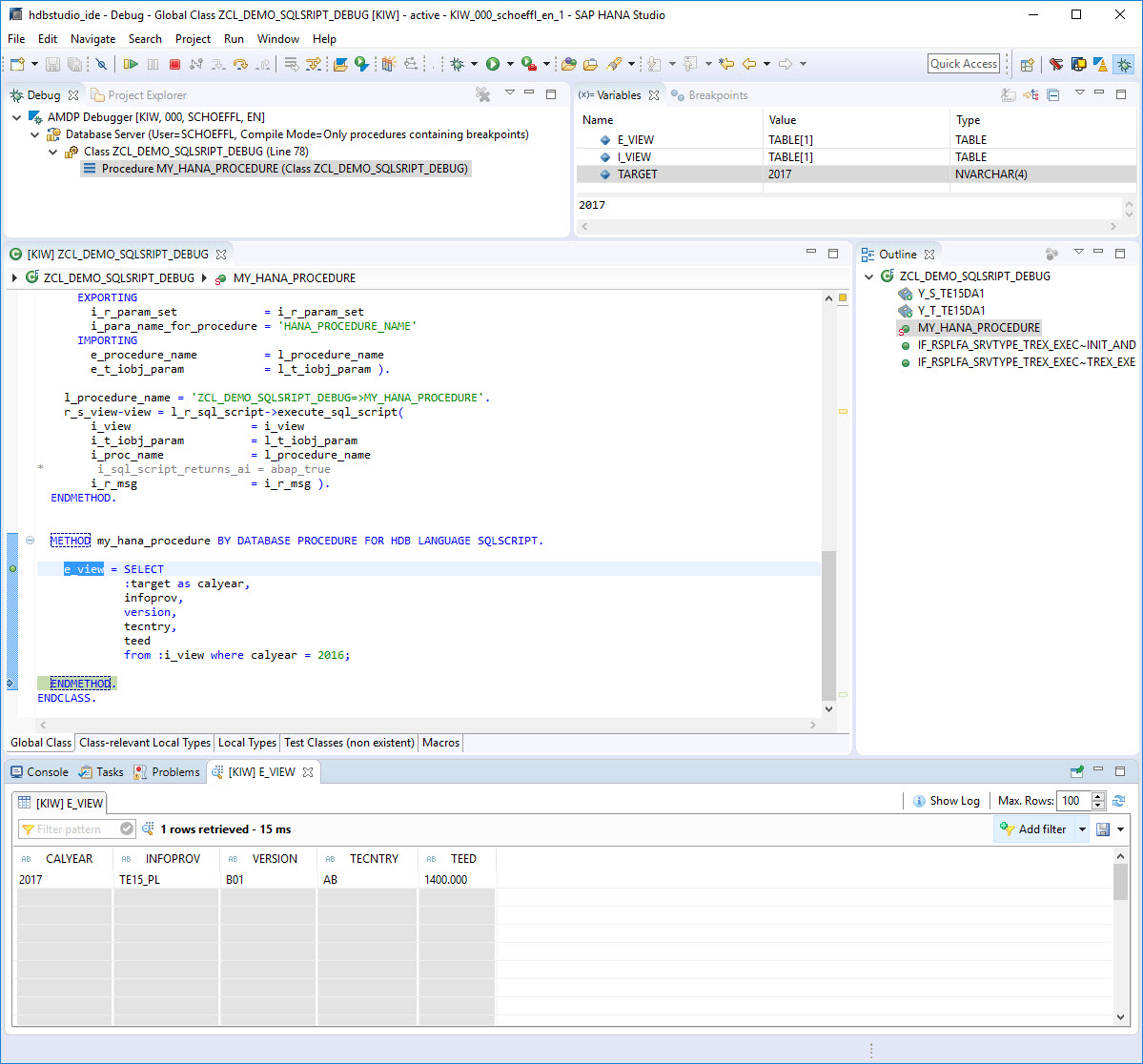 This technique is also very important when you want to analyze your SQL-script coding when you have implemented characteristic relationships or data slices in SQL-scipt.

Also please note that it is not necessary anymore to create a special debug perspective. If you want to get more detailed information about the back-ground on the new AMDP debugger, please have a look at:

When I debugged my SQL script planning function with a simple code like e_view := select * from :i_view, I noticed that this code has been called 3 times, is there a reason for this? This will have a significant negative impact on the performance, right?