How To Unleash Your Inner Sci-Fi Writer 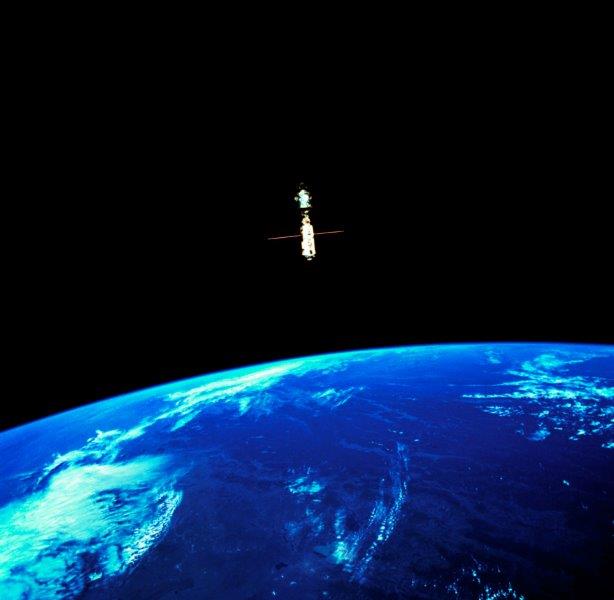 Welcome to the future.

It is a common complaint that we were promised jetpacks and flying cars but all we got was… something less cool. But the complaints are mostly unwarranted. Things that seemed like science fiction not long ago are now commonplace (or soon will be): under-the-skin GPS, 3D printing, hoverboards, lab-grown leather, self-heating gloves, and even flying cars.

In fact, before many of the inventions we now take for granted arrived, sci-fi writers imagined them — often decades before the necessary technology was available. Take William Gibson, for example, who is most famous for coining the term “cyberspace” in his 1982 short story “Burning Chrome.” In his 1984 novel “Neuromancer,” Gibson wrote about a worldwide web of computers – long before the internet became ubiquitous. The main character uncovers information about a secret plot to infiltrate Soviet computer systems – the prototype for a computer hacker. The book even introduces a variant of Google Glass; 30 years before Gibson tried it.

Gibson finds inspiration in the past, the present, and in reading. He used to buy magazines in volume, hundreds of dollars at a time. “I needed to optimize novelty aggregation,” he says. Now he has Twitter. Gibson explains, “Twitter now provides that in an almost lethal purity. This thing that used to leak out of a pipette one drop at a time has become a fire hose.”

The future has arrived — it’s just not very evenly distributed yet.

This quote from Gibson is catchy – and has often been repeated – but we don’t usually stop to consider its implications. Much of the technology that will transform our lives exists today, but it’s in varying stages of adoption. For example, a May 2016 Pew study found that 30% of Americans had never even heard of ride-hailing apps like Uber or Lyft and nearly 50% had never heard of home-sharing sites like Airbnb or VRBO.

Access to such transformative technology is also unevenly distributed, with geographic, demographic and socioeconomic factors influencing accessibility and affordability. Thankfully, this is changing. True digital transformations disruptions allow individuals to participate in the resulting value creation by democratizing data, lowering entry barriers and expanding access. This gap will narrow more as technology itself becomes more affordable and new payment models put digital services into the hands of billions more people.

As only one example, consider what is happening to utility companies. With rapid increases in energy efficiency and decreases in costs of solar panels and of batteries to store power, soon it will be cheaper for homeowners to generate their own power to run their homes and electric vehicles, rather than relying on the grid. As a result, utilities need to deliver dynamic services such as real-time pricing options and shared energy storage based on consumption levels with rewards for consumers who avoid heavy usage during peak demand. The digital disruption will democratize power, just as mobile devices democratized connectivity.

Although Gibson insists he’s the last guy to know what’s coming next, predictions he made decades ago keep coming true. This is why we keep coming back to his words and his imagined futures; many of which are already here. Earlier this year, the first self-driving bus started routes in Vegas. And, by July, autonomous flying taxis should be seen in the Dubai skies.

The future is approaching faster than we realize, making it ever more critical to think exponentially about where we’re headed and how we’ll get there. Despite all of the advancements around us, we tend to experience technology in small bits entering our lives so gradually that we don’t always see and feel the big disruptive shifts. Our minds are hardwired to think linearly.

What does this mean for you? Rather than waiting to see what already-arrived future will disrupt you or your business, here are three steps you can take today:

Science fiction can spur the imagination in readers who have the technical knowledge to help realize its visions. So unleash your inner William Gibson and write your own next chapter.

I originally published this article on LinkedIn.

Following trends in science fiction doesn’t always help become a famous writer. It seems that the genres are often repeated on and on without any changes; the readers feel each change though. My first sci-fi story was “When I Kissed the Learned Astronomer” by Jamie Todd Rubin and I can’t forget the inspiration I had after reading it: I wrote and wrote and wrote. Sci-fi is always about research, science and academic essentials.